The 2020 US Open could be moved to the Californian desert in September, according to Spanish newspaper Marca, in a bid to beat the corona virus pandemic currently ravaging New York.

Marca reported today a conference call earlier this month with the US Tennis Associations’s new Executive Director Michael Dowse said the organisation would make a decision on the US Open in June.

He said it would be “highly unlikely” that the event would be played without fans. The Billie Jean King National Tennis Center is currently being used as an emergency hospital.

Former USTA staffer Randy Walker is believed to have discussed potential contingency plans for the event, including a potential move from New York to Indian Wells or possibly Los Angeles.

The Indian Wells event is usually held in March, but was the first event to be cancelled due to the pandemic.

California has not been hit as badly as the New York City area and many believe the west coast has a better chance of staging the Open as it does not have to deal with the density and public transportation of New York.

There is one major disadvantage to the idea: temperatures in Indian Wells at the time of year the Open is staged can reach as high as 100 degrees.

Meanwhile, Tennis Australia is said to be on the verge of creating a new domestic competition.

“We’re right in the thick of that and we’ll soon be rolling it out,” Tennis Australia boss Craig Tiley told The Age and the Sydney Morning Herald.

“We have to wait for a lot of those restrictions to be lifted before going with something that we could actually roll out,” Tiley said. “But we’re excited.” Tiley also said that the nature of tennis will help in the creation of a domestic competition.

“We’re fortunate that because we’re a sport that you can practice social distance and isolation and still compete, because you’re so far from your opponent,” Tiley said. “You can switch sides of the court by going [a different] side from the net … and be pretty far from your opponent. “We do have that luxury when it comes to the sport of tennis, and we’ll certainly use it.” 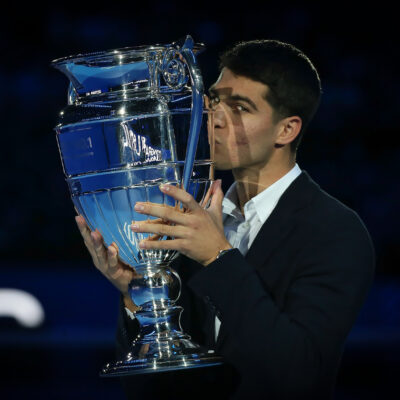