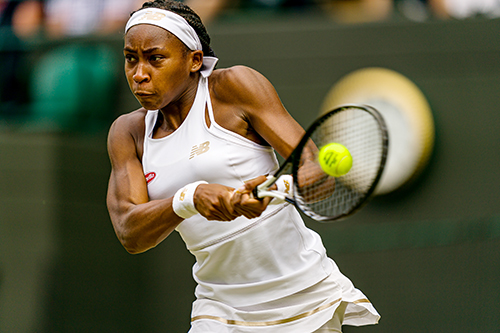 Williams is not retiring yet, but Evert sees the young Gauff as her successor in women’s tennis.

“There are so many depths right now that’s incredible, and so many young players are coming up,” Evert told Eurosport.

“It would be easier to tell if there wasn’t a pandemic and there were tournaments every single week because then you could really see how good these players are.

“It’s just tough right now but Coco [Gauff] would be my pick.”

Evert also acknowledged Naomi Osaka. “When I was asked to pick out my future star a couple of years ago, I went for Naomi [Osaka] but I’m still going to go for Coco Gauff to win a lot of titles,” she said.

But Evert was critical of Gauff’s on-court technical lapses.

“I don’t know what’s going on with her service,” the former world No. 1 player said.

“I mean I know what’s going on with her service, I know she’s doing technically wrong and I think that she’s in her sophomore year on the tour and I think things are a lot different now than they were last year when she could play with a lot of freedom and no pressure.”