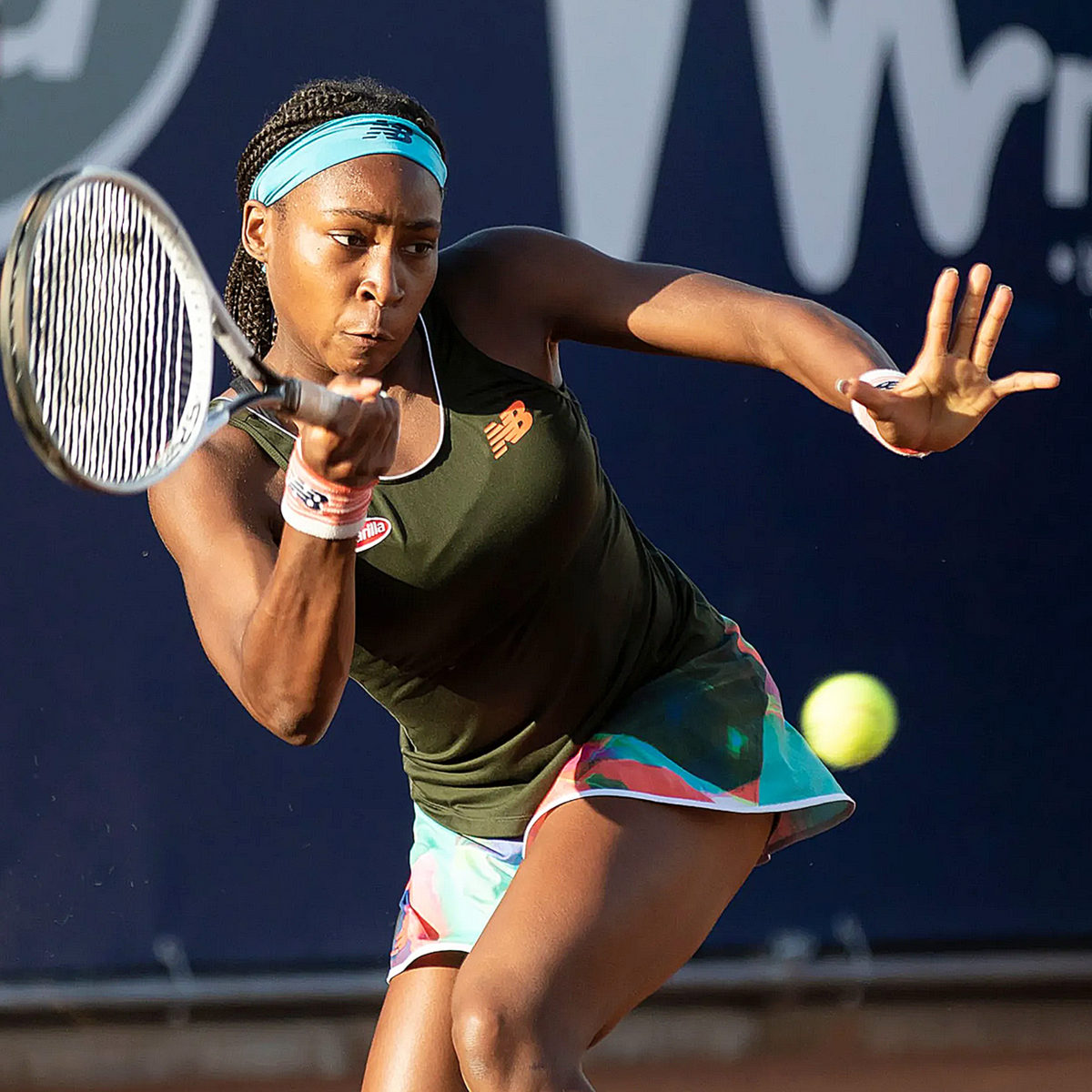 The Italian victory was the ninth win in a dozen clay matches for the 17-year-old ranked 30th;  she has also won 18 of her last 24.

Gauff and her 19-year-old opponent were playing for the first time on the WTA after Anisimova won their 2017 US Open junior final.

Gauff broke six times in an hour and a quarter and emerged the winner in a concluding set featuring five breaks of serve.

But she twice trailed in the opening set before staging comebacks.

“I’m pretty satisfied with how I played,” the winner said. “I could have served better though.

Gauff said that trailing 0-3 in the second set, she modified her tactics and found success.

“I missed seven or eight points in a row, so I started going for bigger targets instead of trying just to hit winners.”

Gauff ended up winning the last six games of the match, with Anisimova saving three match points before a return error on the fourth winning for her compatriot.

Third seed Gauff will next line up against Katerina Siniakova, who stunned top seed Serena Williams in the second round..

The Czech advanced to the final four here to earn a rematch with the American who defeated her last October at home in Ostrava.

Siniakova produced a 7-5, 6-1 quarter-final win against France’s Caroline Garcia on the Italian clay.