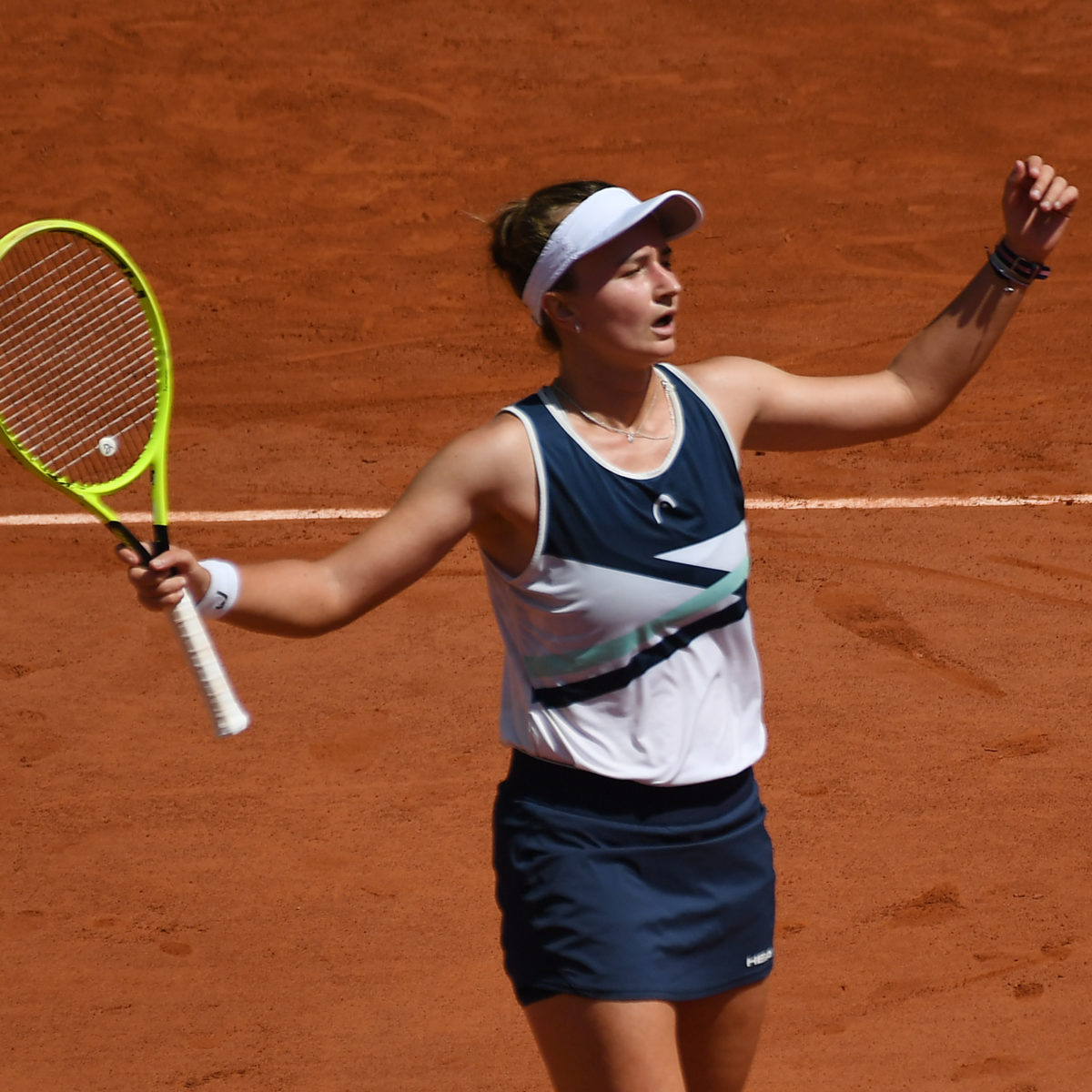 Barbora Krejcikova came good on her sixth match point in Wednesday’s French Open quarter-final as fan numbers increased on site with a loosening of COVID restrictions.

Krejcikova defeated US teenager Coco Gauff 7-6(6), 6-3, coming through the hard way in just under two hours as 5,000 watched at the Chatrier show court.

Spectator numbers have now been increased at Roland Garros, with a night sessions to be played with fans in the stands for the first time.

The Czech winner will face either Maria Sakkari or holder Iga Swiatek.

“I’m very happy, it was amazing to have fans back, you gave us so much energy today,” the 33rd-ranked winner said.

“I don’t yet realise that I’m in the semis, I didn’t have a good start, I was always behind in the first set but somehow I won it,” said the Strasbourg champion 10 days ago.

“I never imagined id be standing here one day, especially in singles. This is something I’ve never dreamed of.”

Gauff, who had not lost to a player ranked outside the Top on clay this spring, saved three match points while trailing 1-5 in the second set and two more a game later before her opponent finally prevailed.

Krejcikova said she is already looking forward to her Thursday semi-final: “I’m so excited, I’m ready to play it right now.”

The Czech won her 10th match in a row and as a result ended Gauff’s win streak of nine consecutive matches after claiming a pre-event title in Parma.