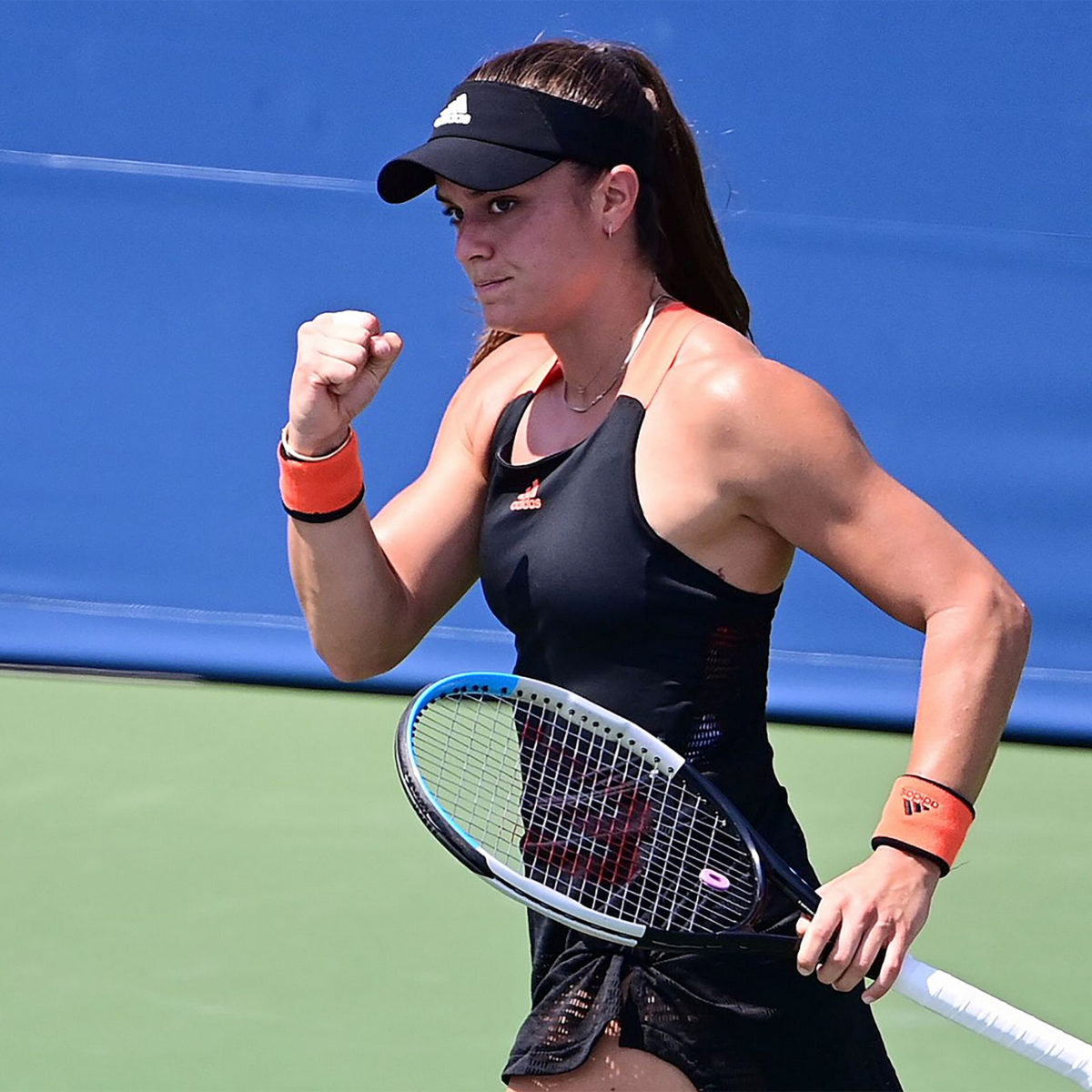 Coco Gauff suffered a first-round knockout at the socially isolated Cincinnati Masters on Saturday, with the American teenager the first notable victim at the no-fan, quarantined event in New York.

The 16-year-old American who reached the third round here a year ago, went out at the opening hurdle to Greek Maria Sakkari 6-1, 6-3 in 66 minutes with three dropped service games and four double-faults.

The No. 50 who reached the semis this month when the WTA resumed after the virus shutdown with a tournament in Kentucky, would have been a crowd favourite – had anyone been in the stands at the locked-down event with players restricted to hotel or the tennis site.

“Cincinnati” is being staged at the Flushing Meadows venue with the US Open to follow under similar conditions from next Monday.

The 13th-seeded Sakkari broke Gauff twice in each set to deliver a thorough schooling.

“I think I really played a good match. I played a match in Palermo (two weeks ago), but for me, it doesn’t count. It wasn’t even a match [there], the way I played,” Sakkari said.

“Coming back the way I did, it’s really important, and [I take] a lot of confidence from this.”

While the pair had never played a match, Sakkari’s withdrawal last October from the WTA Linz tournament allowed Gauff into the field as a lucky loser, with the then-15-year-old winning the title in a major breakthrough.

Gauff ended with six winners and a massive 24 unforced errors; it went 14-21 for Sakkari.

“It’s tough after coming from a long stop (pause) to find your fighting spirit and your strength inside the court,’ the winner said.

Coco Gauff took it on the chin after crashing out of the “Cincinnati” Masters in the first round, a 6-1, 6-3 victim of Maria Sakkari.

“Definitely today was not my best match. I could have played better.

She came out strong, hitting her shots,” the 16-year-old ranked 50th said.

“I didn’t really have good responses. I’m just going to use this match to prepare for the US Open. I have a whole week before that, and I’m going
to take what I did today and learn from it.

Due to the COVID-18 danger, the event is being played in the same quarantined, crowd-free New York environment as the Open which begins August 31.

Gauff refused to blame testing conditions for her loss: “They were was normal (30 Celsius) conditions – at least for me. I live in Florida, so I’m used to practising and playing in hot weather.

The teenager had no trouble in getting used to the lack of public at Flushing Meadows during the three-week tennis lockdown for players.