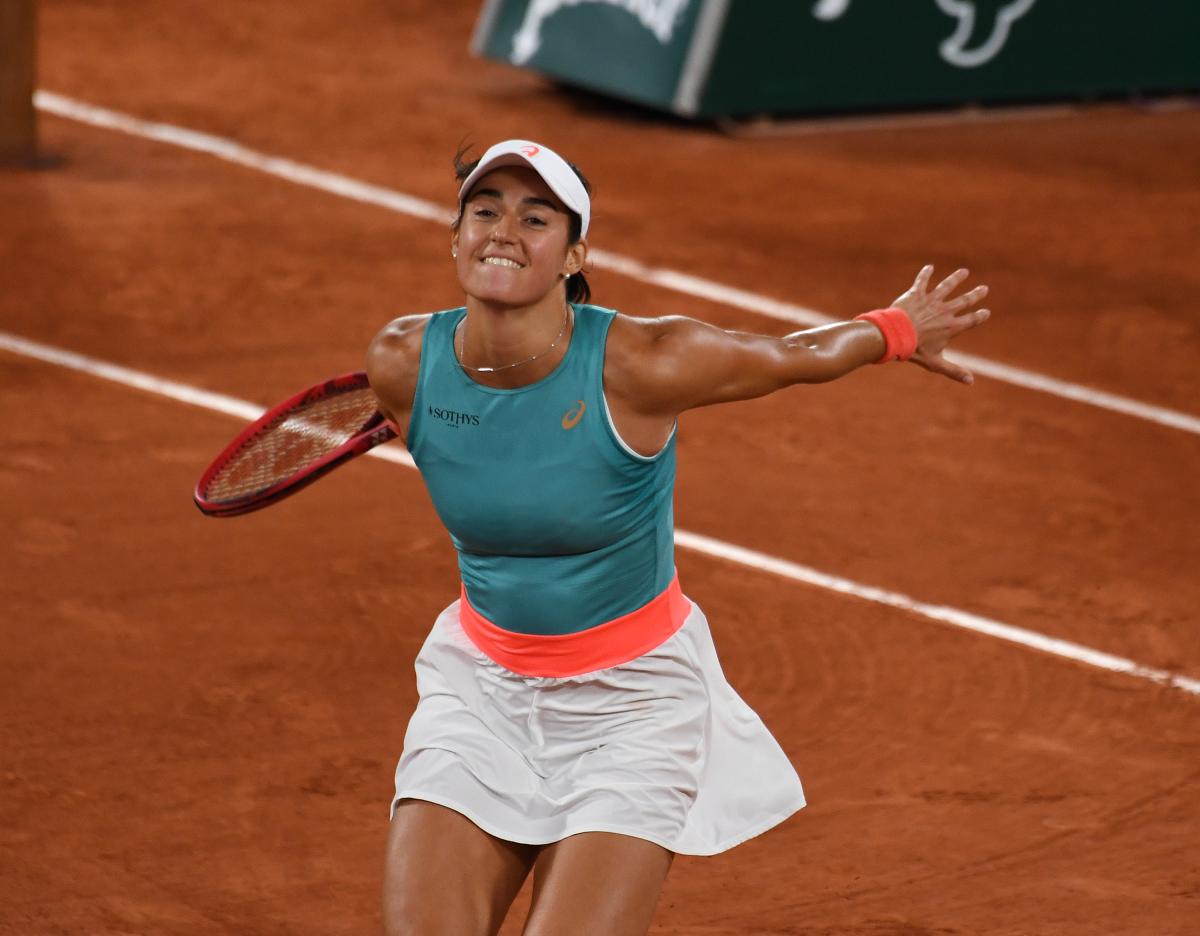 Simona Halep delivered a crushing 6-0, 6-1 win over Amanda Anisimova on Friday to reach the French Open fourth round, taking revenge for a loss to the American a year ago here.

But it was Caroline Garcia who gave home fans a lift with a thrilling come from behind win over Elise Mertens that took the spotlight.

The top seed who won the tournament in 2018, was put out as defending champion by the Russian-born American in their 2019 quarter-final.

Against Anisimova, Romanian Halep took no prisoners in a rout which lasted for just 56 minutes, with the winner breaking six times but saving all five she faced against her own serve.

Halep has now won her last 17 matches, the best run of her career which includes titles in Dubai (pre-lockdown), Prague and Rome.

“I don’t feel the pressure. Of course I expect to play good tennis, because I feel good, I feel the game, I feel fit,

“I feel stronger in my body – but that doesn’t mean I have to win every match.

“The important thing for me is just to deliver my best on the day and then we’ll see. I’m not thinking about the result. I just want to try to take my chance
every time I step on the court.”

Elina Svitolina, playing as third seed at a Grand Slam for the first time in her career, defeated Ekaterina Alexandrova 6-4, 7-5 to reach the Paris fourth round for a fourth time.

The Ukrainian broke her Russian opponent to love to claim the opening set and it again in the last game of the match to advance to the last 16.

Despite her victory, Svitolina remains unimpressed by the lack of a meaningful audience at this year’s virus edition of the major, with only 1,000 spectators allowed in each day.

“It’s not easy to play without the people, it’s not as enjoyable. For sure we are playing Roland Garros, which is for me always very special.

“To go far in the tournament also gives you confidence and really enjoyable moments.

“But something is missing – for sure, the fans. .I really love to play in front of many people, big stadiums.

“They really push you to play better, to compete better. That’s why I think now these days some players can struggle.”

2014 semi-finalist Eugenie Bouchard was unable to get over the line, losing 6-4, 6-3 before rain set in over Roland Garros to Poland’s Iga Swiatek.

The Canadian, a Wimbledon finalist six years ago, has been resurrecting her game over the past months, profiting from the five-month virus tennis shutdown to train intensively in Las Vegas with Andre Agassi’s former mentor Gil Reyes.

Her comeback ranking now stands a more respectable 168th and climbing. But the 26-year-old who was playing her first Grand Slam third round since 2017, was unable to get past an opponent who hit 10 winners in the first three games.

“She was putting pressure on me from the beginning,” Bouchard said of No. 54 Swiatek. “I tried to counter that and tried to put pressure back.

“But I was missing my shots by small margins and making some mistakes I haven’t really made in recent matches. I definitely felt a little off today.”

Swiatek next plays Halep, who beat her here a year ago in the same fourth round stage.

Garcia gave home fans a thrill with her 1-6, 6-4, 7-5 comeback to defeat Belgian Elise Mertens. It took the winner six match points spread over two games to advanced after blowing a 5-3 lead in the final set.,

Garcia is now one win away from duplicating her Grand Slam best of the quarter-finals here three years ago.

In a match between a pair of players with treble-digit WTA rankings, No. 131 Argentine Nadia Podoroska beat 161st-ranked Anna-Karolina Schmeidlova of Slovakia 6-3, 6-2.