Game, set and match at the White House

It will be game, set and match at the White House soon after the First Lady Melania Trump announced this week construction of a tennis pavilion on the south grounds that she says will provide a “functional recreational area for all First Families to enjoy.”

Mrs Trump helped break ground on the project on Tuesday.

Few details about the project were announced, including its size, cost and timeline for completion. Mrs. Trump’s office says private donations will cover the cost.

“As we break ground on the new tennis pavilion, it is a great honour to share this moment alongside the many talented individuals and craftsmen involved in bringing it to fruition,” the First Lady said in a statement. 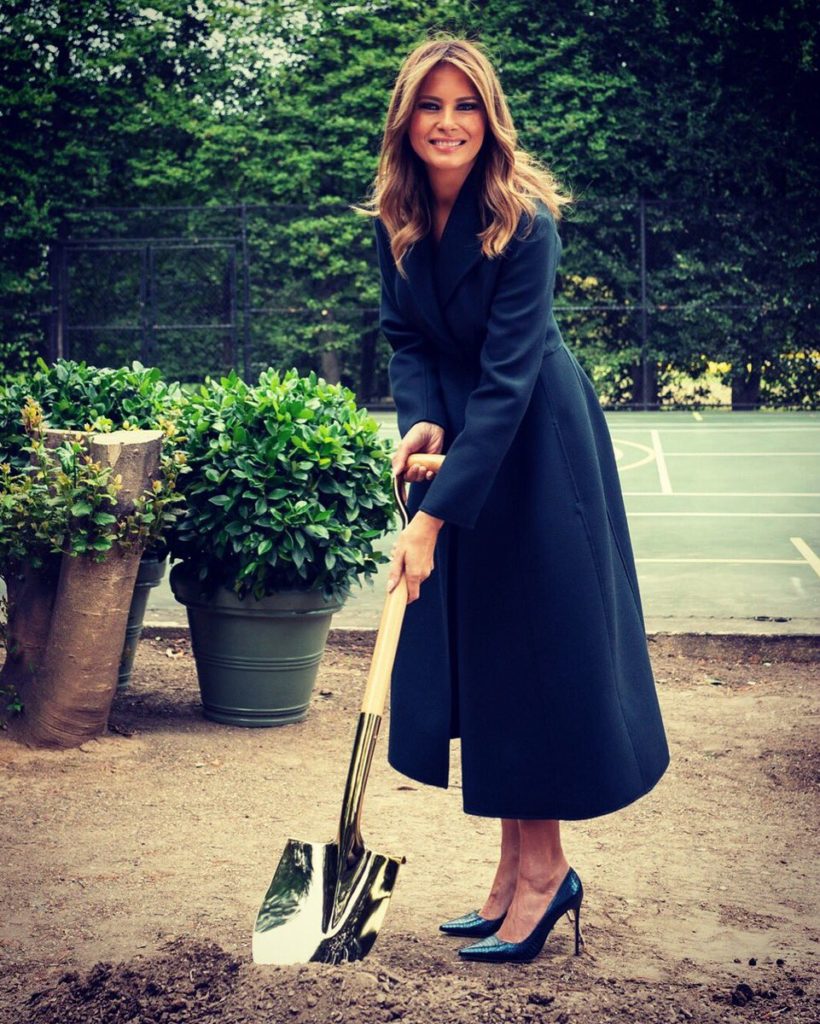 “Architectural inspiration for the pavilion is drawn from the White House, with the end goal of the new structure on the south lawn complementing and contributing to the People’s house. It is my hope that this private space will function as a place to gather and spend leisure time for First Families.”

Photos she tweeted Tuesday show the First Lady and President Trump shaking hands with people on the existing tennis court.

President Barack Obama was an avid basketball player, and he turned that court into one suitable for basketball.

President Trump had been a regular spectator at the annual US Open tennis tournament held in his native New York, but he has not attended since taking office.