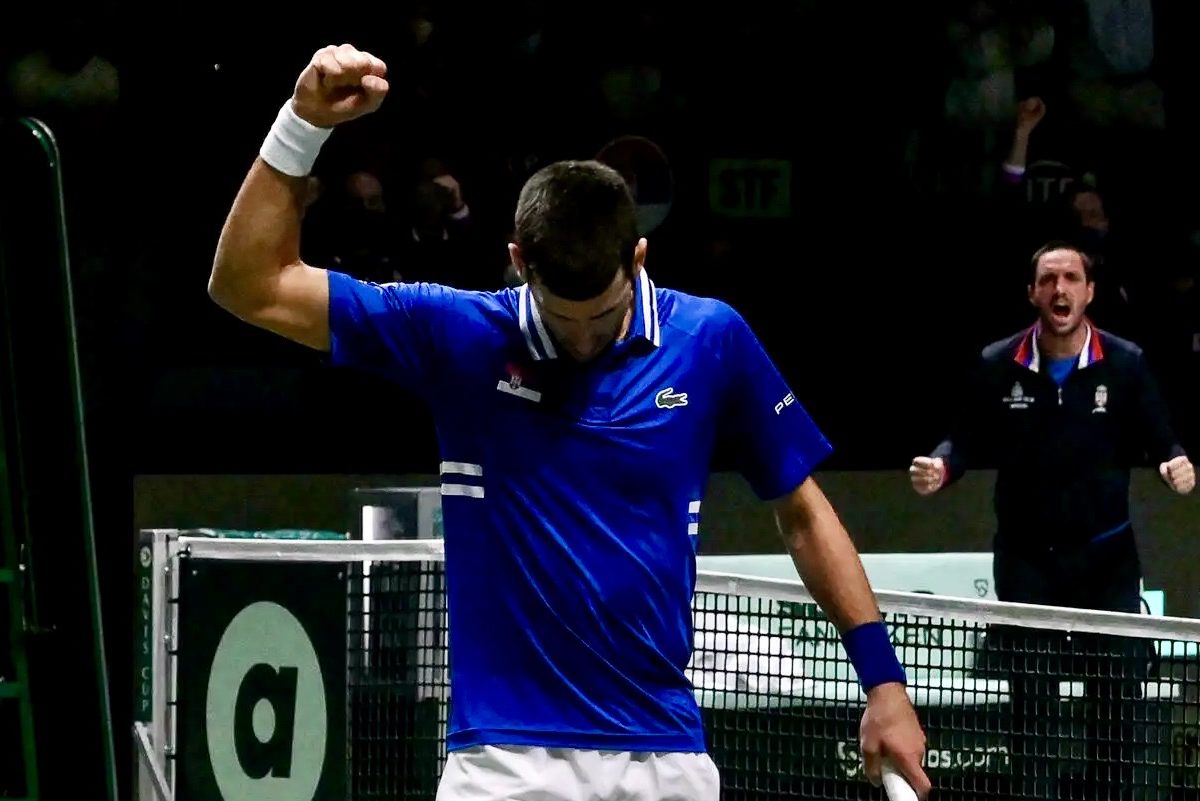 Novak Djokovic let his frustrations get the better of him as Serbia crashed out of the Davis Cup to arch rivals Croatia on Friday.

The Croats made it through to Sunday’s final after winning their semi-final tie team 2-1 as Djokovic and teammate Filip Krajinovic lost the deciding doubles match to Nikola Mektic and Mate Pavic 7-5, 6-1.

The Serbian pair had won a tight opening set in the decider but the second ran away from them quickly.

Djokovic was broken in the second game and angrily kicked his racket bag in frustration.

The Serbs didn’t win another game as Croatia triumphed.

“My season ended tonight and I have no regrets,” Djokovic said.

“I’ll take advantage of the next few days to rest, recover and forget about tennis.”

For Gojo, the series has seen him find some remarkable form, playing well above his ranking.

“In the first set I was up 4-2 40-0, I was in control, I slipped in that game there. I got down on myself a little bit, but then the captain and the teams and the fans picked me back up,” Gojo said.

“Obviously Davis Cup is a special competition where the pressure is bigger on everyone and I managed to play some of my best tennis here at this tournament.