From towels to tantrums – Day 8 in Melbourne had it all 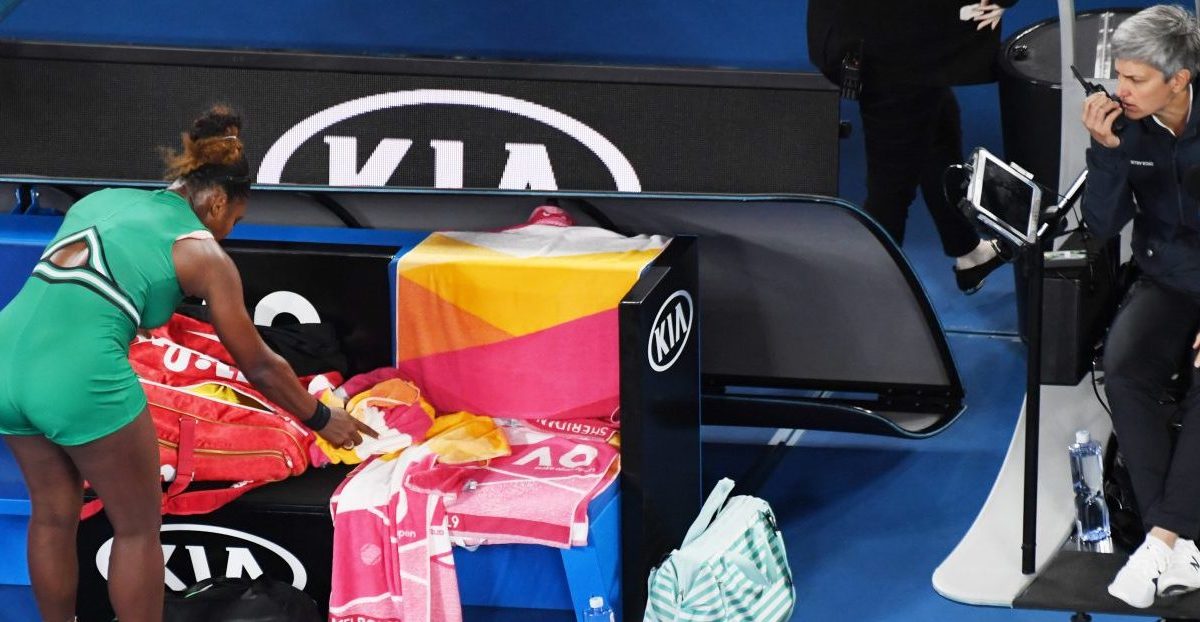 Host TV broadcaster Channel 9 may have missed the mysterious towel disappearing act –  or the tantrums outside centre court on Day 8 of the Australian Open in Melbourne, but our publisher Roger Parker didn’t …

The amazing towel disappearance act from Serena Williams, see below, and Carreno Busta busting a few blood vessels after his dramatic fourth round loss.

Carreno Busta lost a five-hour, five setter to Nishikori after being two sets up, before crashing out 10-8 in the final set.

He congratulated his opponent, then picked up his racket bag and threw it across the court before storming off. See Roger’s exclusive pictures below: 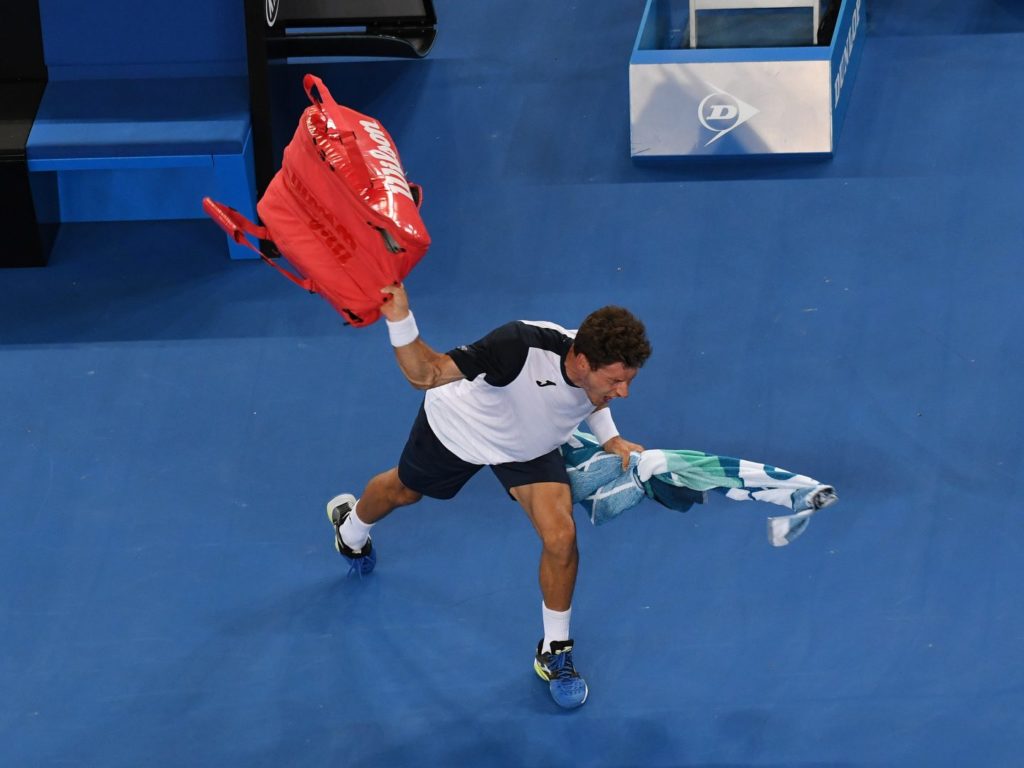 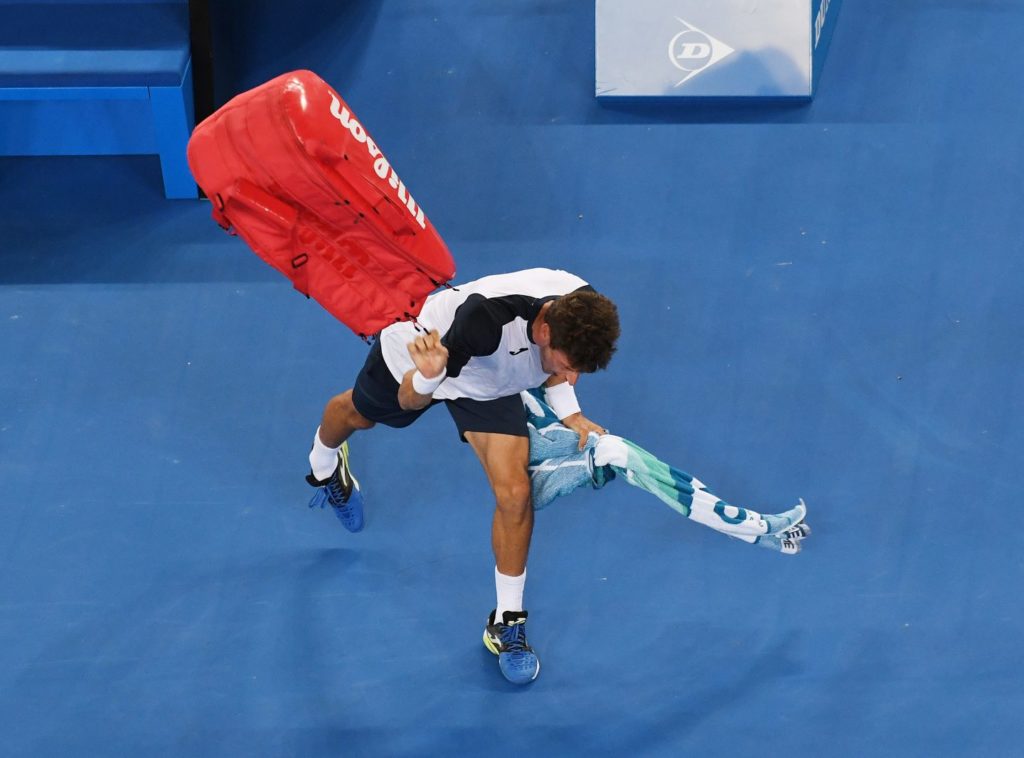 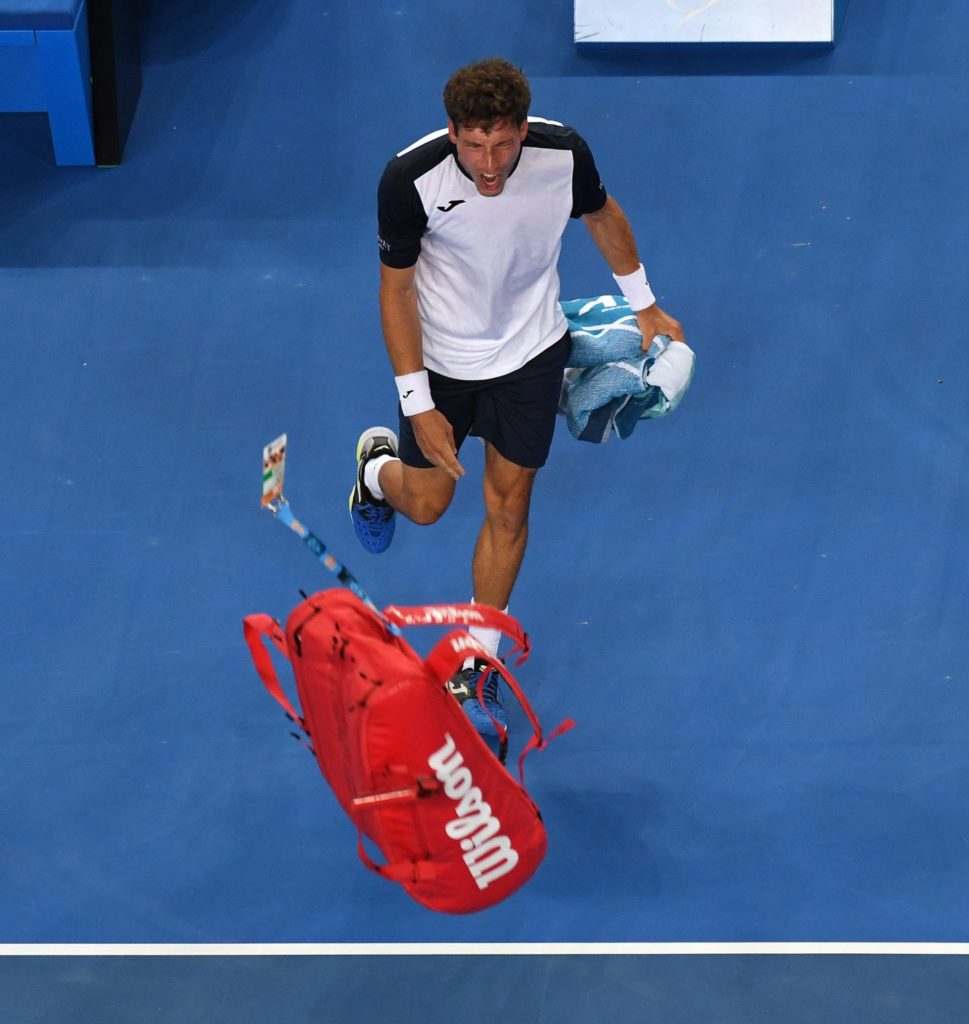 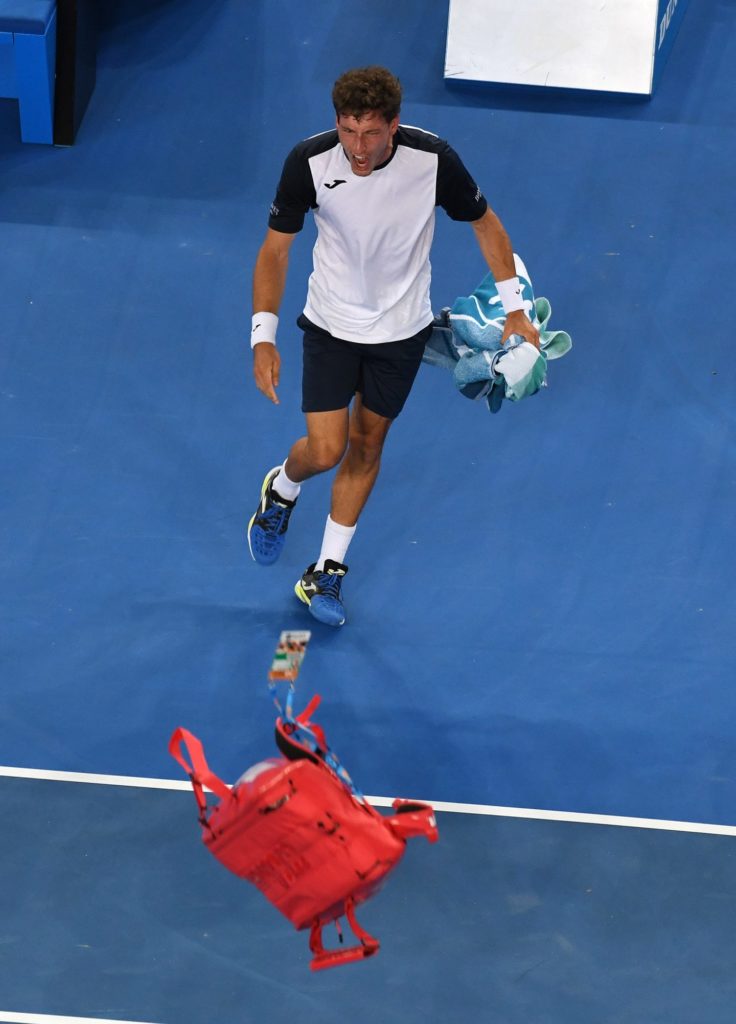 Now you see them  now you don’t.

Serena Williams, having just beaten Simona Halep in a fourth round match performs her well rehearsed “how to make five towels disappear” trick by stuffing them into her Wilson racket bag.

First, she lines them up on her bench, then crams then into her bag – five big towels.

As a bemused umpire looks on. Job done – hope nobody was watching – she strolls off.

*For the record, other stars throw them into the crowd! 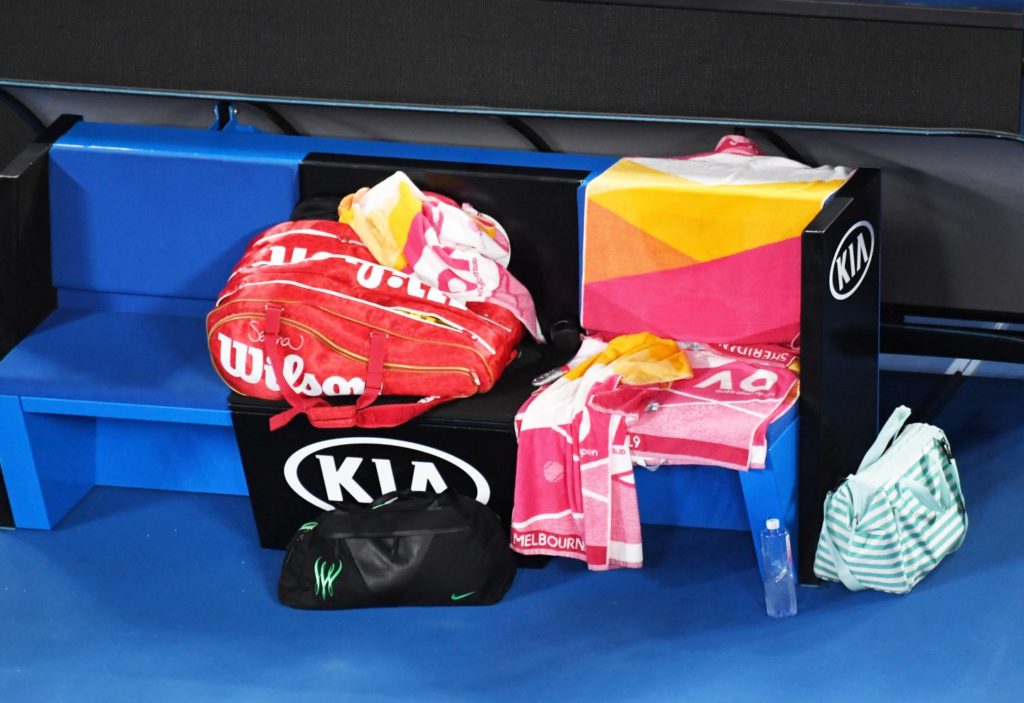 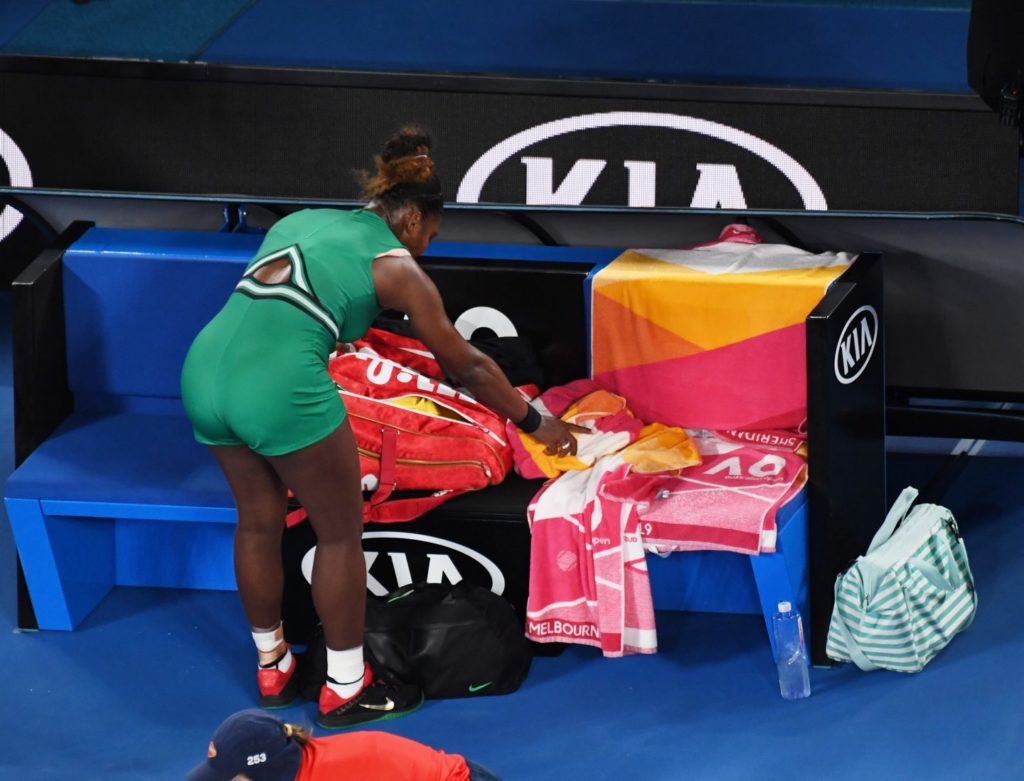 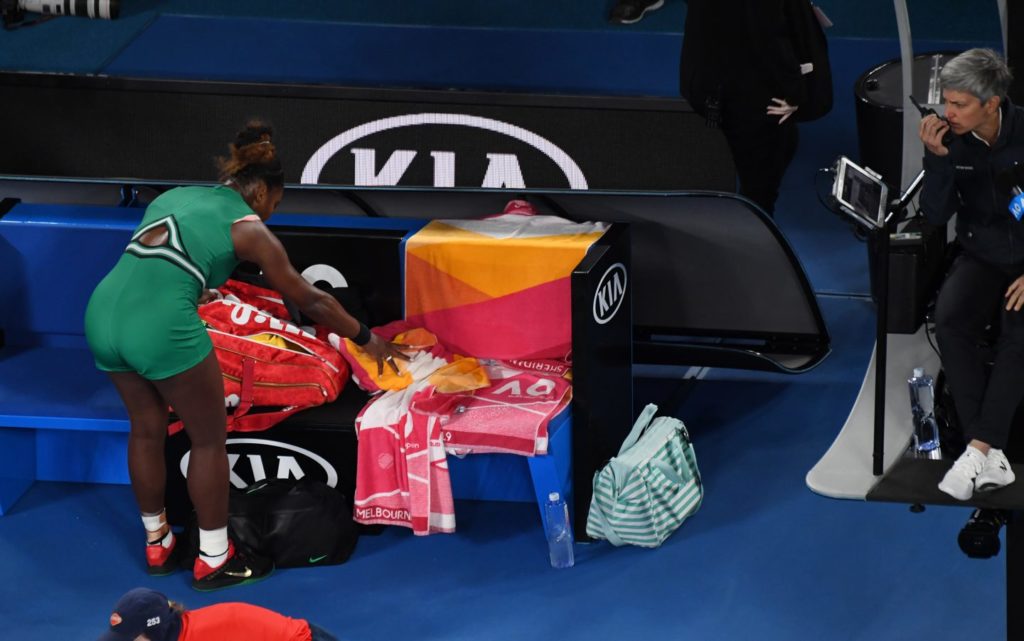 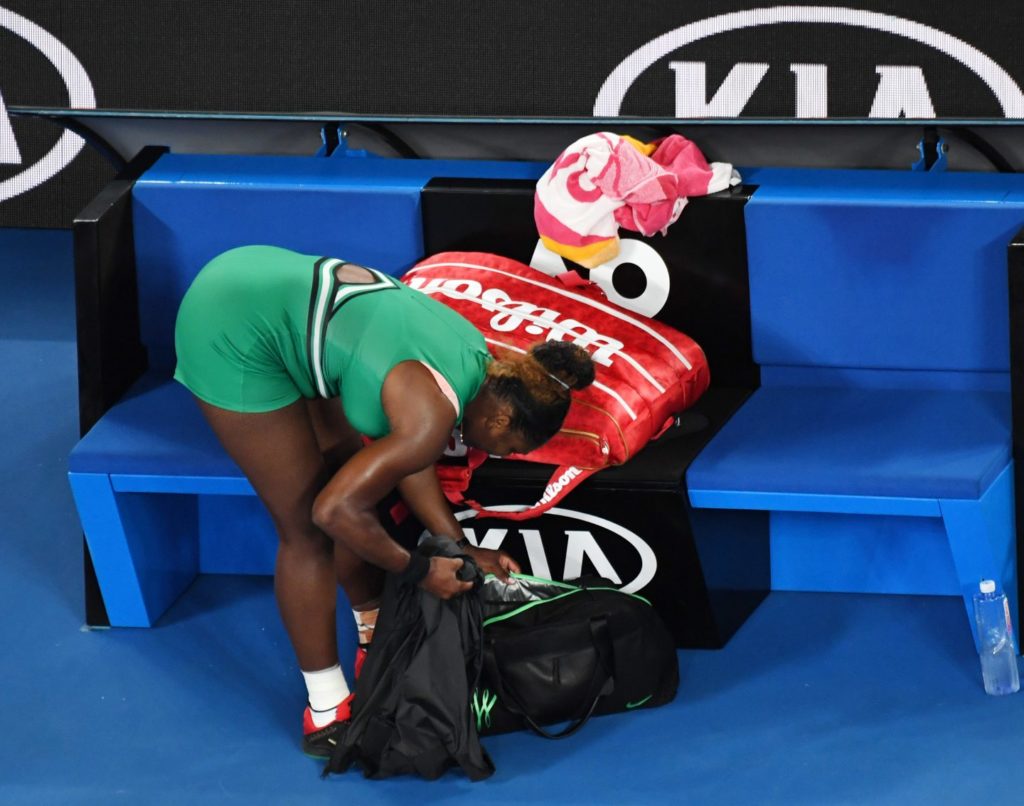 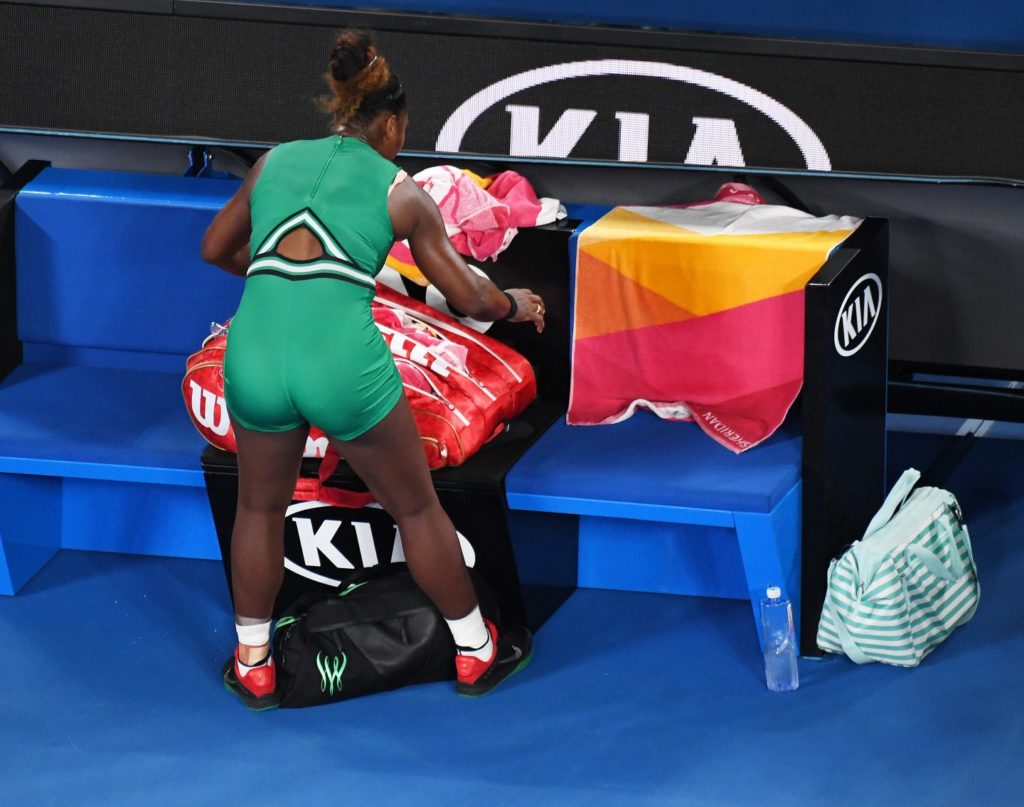 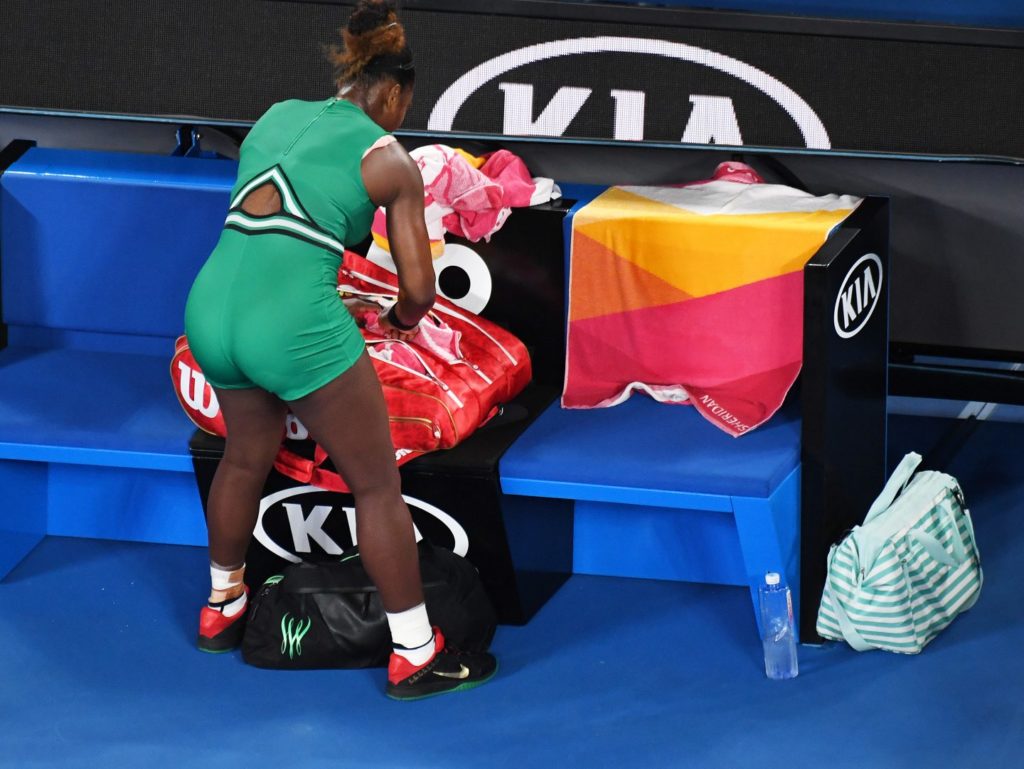 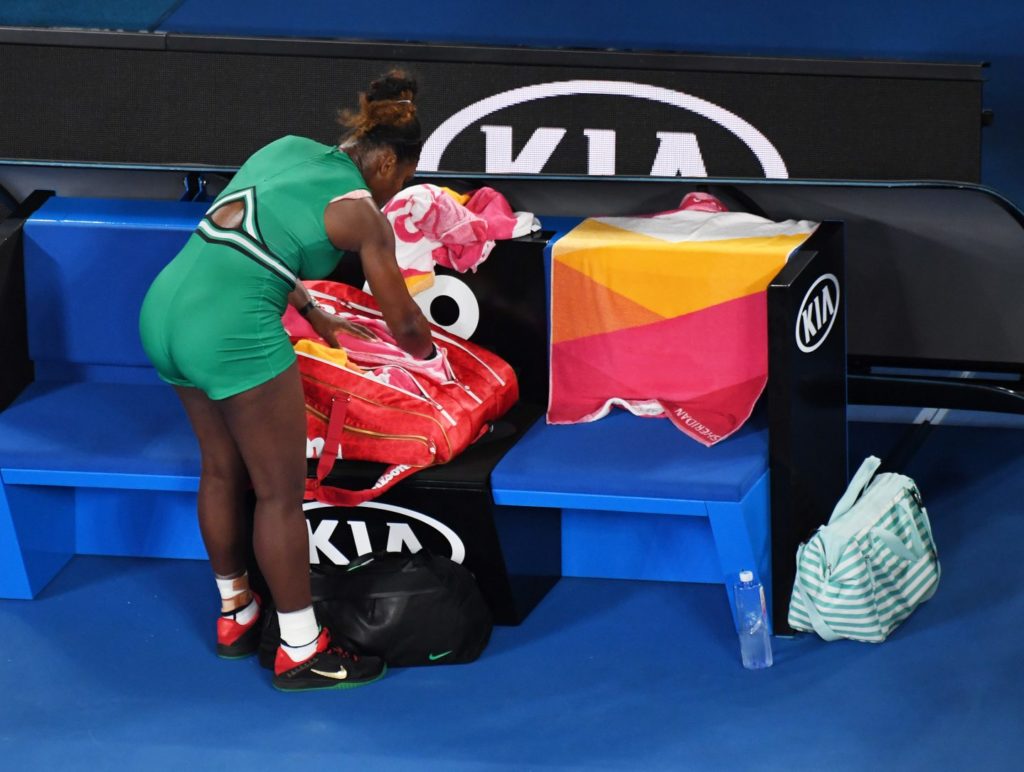