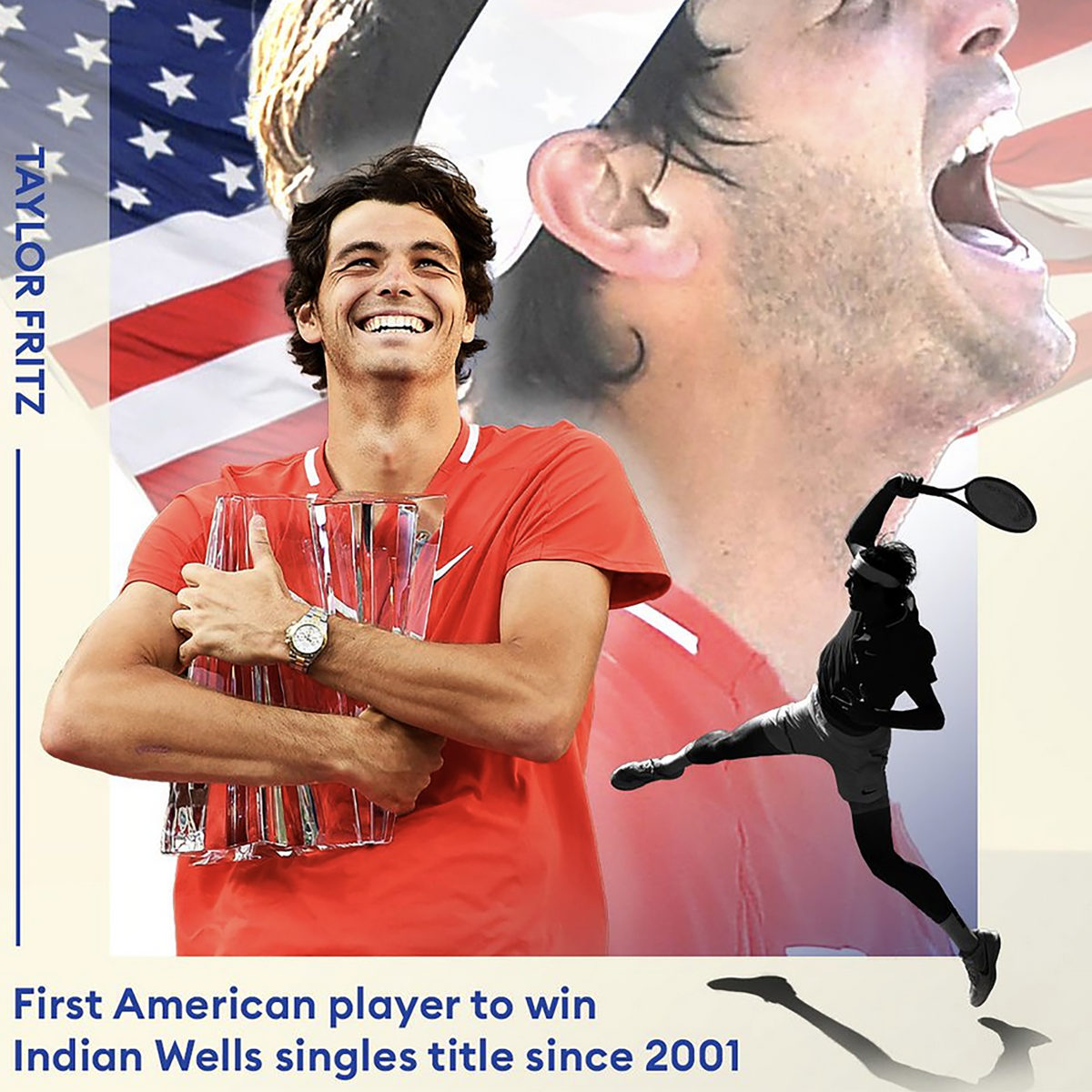 Both players came into the championship match carrying injuries from their respective semi-finals.

Californian Fritz, battled through an ankle injury picked up in his semi-final win over Andrey Rublev which he reaggravated during his pre-match warm up.

Nadal was hampered by a  pectoral injury he suffered during his semi final win over  Carlos Alcaraz.

At the end of the first set Nadal had to leave the court for physio treatment but managed to fight back in the second before losing it in a tiebreak.

Nadal’s 20-0 start to the season followed  a six-month  layoff for a serious  left foot injury that left him doubting whether he’d ever be able to play again as recently as December.

But after his injury scare in the final, the 21-time Major champion sounded hopeful that he could continue to compete on the ATP tour for the next couple of years.

After his win Fritz choked back the tears as he said “I can’t even begin to describe how ridiculous it is that I was able to play how I could play today, I’ve never experienced worse pain in my life before a match.

Fritz went back out for a second warmup on the outer courts at the Indian Wells Tennis Garden, but after the session, his full team advised him not to play the match.

“All three of my team, Coach Paul Annacone, Mike Russell [fitness trainer]  and Wolfgang Oswald all said ‘Do not play this match.’

But I said “’I am playing. I can do this. I want to get out on the court with Rafa and see if I can overcome.’

“So  I went through a roller coaster of emotions before the match, from thinking there was no way I could possibly play to then doing all this work on the ankle, doing so much stuff to it…. I came out here and it didn’t really affect me at all.”