Fritz knows Djokovic will be ‘tough’ 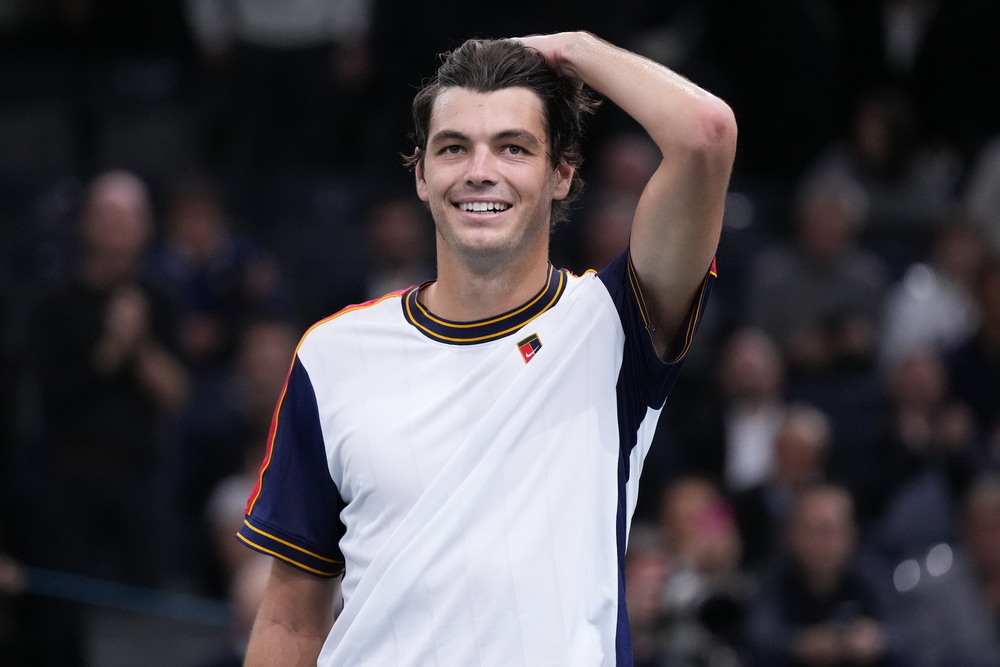 Five months after leaving Paris in a wheelchair with a knee injury Taylor Fritz is back – and into the quarter-finals of the Paris Masters after a 6-3, 7-6(3) win over Brit Cam Norrie.

Fritz injured the meniscus in his right knee at Roland Garros playing Dominik Koepfer in May and had to have surgery before returning to play.

And since then his career has taken off, winning 11 of his 13 matches over the last month, with wins over Matteo Berrettini, Jannik Sinner and Sascha Zverev among those triumphs.

Against the new British No.1 he was never really troubled as his dominate play saw him win the first seta with relative ease before a tiebreak in the second forced a sweat.

He now faces Novak Djokovic for the third time this year.

“You know, third time this year. I felt like the first two this year have been pretty close matches, and obviously playing my best tennis, so I think if there was a time, it would be now that I can really push him.

“I’m just attacking it and trusting it. My forehand really has become such a weapon that I can rely on.”