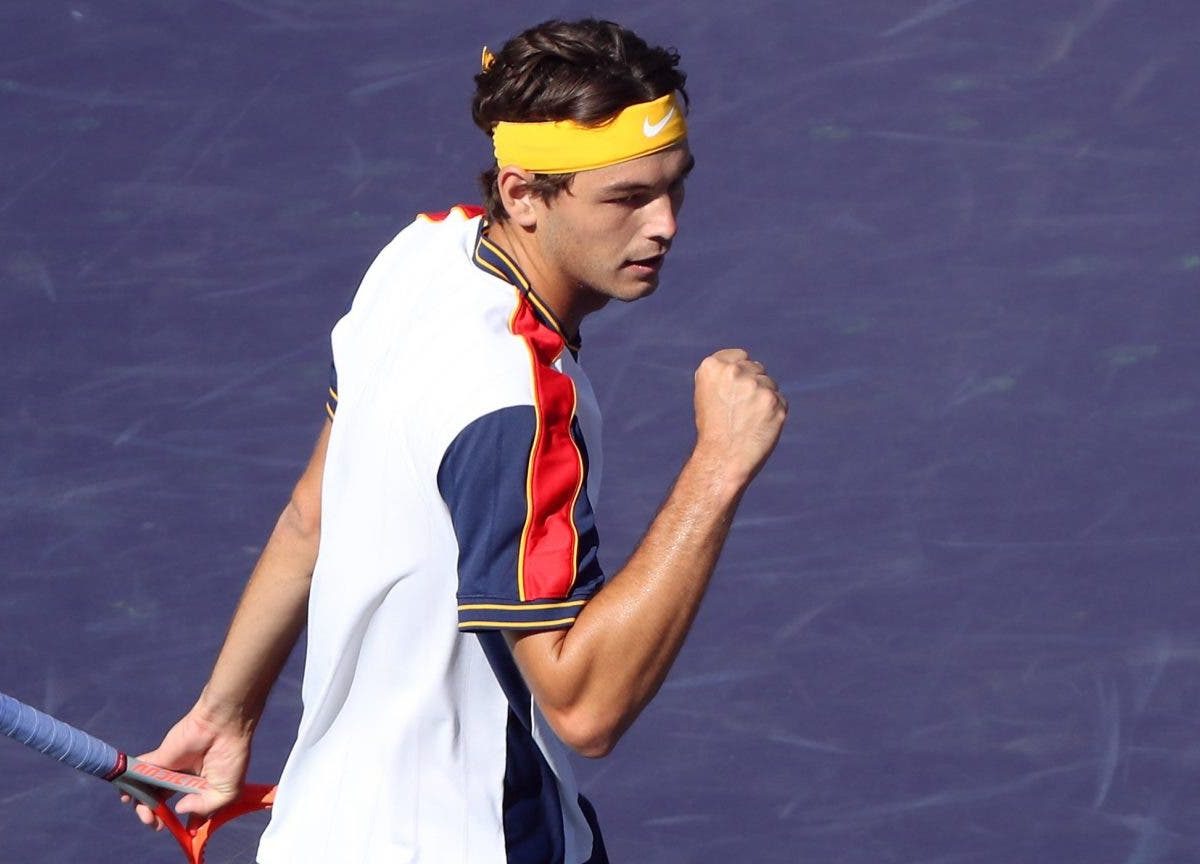 Fritz will face Nikoloz Basilashvili in the last four after the Georgian scored another upset over Stefanos Tsitsipas.

“I was really down and out but I found a way to put myself into it,” Fritz said.

“I really wanted to make him have to close me out and I was able to get back into the match.

“Normally you would be so nervous in those situations and in the third set tie-break, but I felt so confident being aggressive, going after my game.

“It feels really great to play well with the pressure on.”

Zverev had won the first set, breaking serve in the seventh game, but Fritz pulled away to a 4-1 lead in the second before Zverev caught up.

The American kept cool and served for the set.

The decider though was a classic, as Fritz fended off two match points to hold off the German.

“The biggest thing was match point down, I wanted to make him serve it out, so I just fought as hard as I could to hold that game,” Fritz said.

“Then I got fortunate in his service game and from there I felt in control and felt really good under the pressure.

“It is amazing. Especially the way that match ended with such high emotions with the crowd. The crowd was amazing and it is a dream come true.”