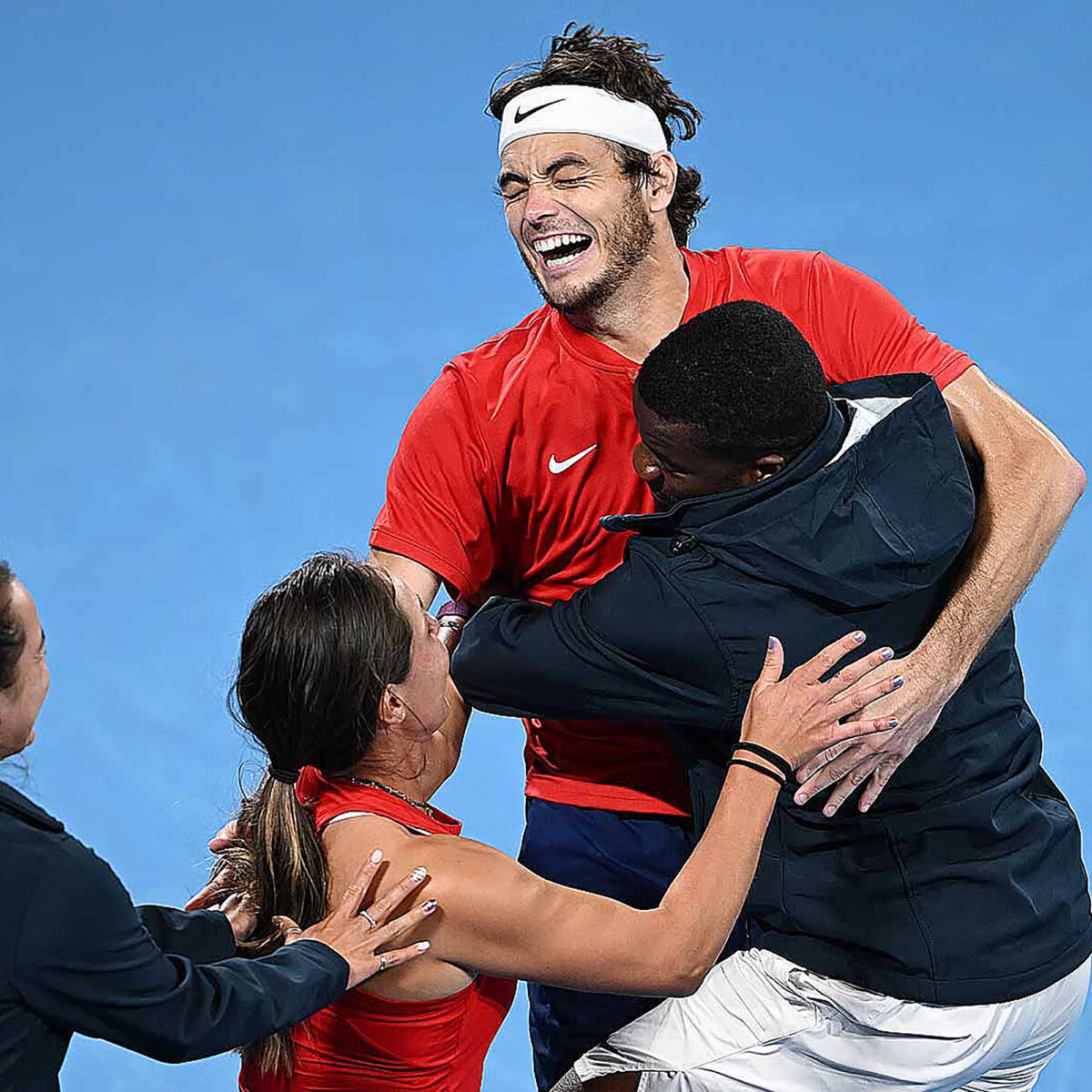 Taylor Fritz put the finishing touch on the United Cup finals as his 7-6(4), 7-6 (6) defeat of Italy’s Matteo Berrettini handed the inaugural trophy in the mixed team event to the US 3-0.

Fritz came to the court against the 2021 Wimbledon finalist with his nation holding a 2-0 lead from Saturday after wins from Jessica Pegula and Frances Tiafoe.

“It’s great. It’s amazing for the team to win this event. We came in with really high hopes, or at least I did, for the event,” Fritz said.

“I was really happy to be in that position to clinch the match.”

Fritz did his job in two and a quarter hours and will now move onto Australian Open preparation.

Berrettini saved a match point but was unable to duplicate the heroics on the second chance for his opponent, missing a forehand down the line.