2019 and still no technology at RG. That is the question on many fans lips this year, as we rely on ball markings on the red dust to provide vital evidence on key line ball calls.

For so long the use of the Hawk-Eye system has been resisted in Paris – even though it is recognised as one of the world’s best.

The Sony-owned Hawk-Eye system was developed in the United Kingdom by Paul Hawkins and was was originally implemented in 2001 for television purposes in cricket.

In late 2005 Hawk-Eye was tested by the ITF in New York and was passed for professional use.

In New York tests involved 80 shots being measured by the ITF’s high speed camera and Hawk-Eye has been used in television coverage of several major tournaments, including Wimbledon, the Queen’s Club Championships, the Australian Open, the Davis Cup, the Tennis Masters Cup and the US Open Tennis Championship from 2006.

And, as Wikipedia explains: “Currently, only clay court tournaments, notably the French Open being the only Grand Slam, are found to be generally free of Hawk-Eye technology due to marks left on the clay where the ball bounced to evidence a disputed line call. Chair umpires are then required to get out of their seat and examine the mark on court with the player by his side to discuss the chair umpire’s decision.”

But times may be changing.  Umpires review line calls on clay by checking the mark left by the ball on the court.

In many cases that proves to be good and some say that gives 100% accuracy rating.

Hawk-Eye has an error margin of 3.6 millimetres.

But the key phrase is ‘correct ball mark’ and that’s where we see a disagreement between the player and the umpire.

The umpire has be known to get it wrong. spectacularly wrong.

At the 2018 Italian Open, Karolina Pliskova was in a tense third-set tussle with Maria Sakkari and a ball she hit while serving at 5-5, 40-40 was called out. Replays showed the ball was well in, but the umpire claimed she couldn’t locate the ball mark and so stuck with the original call. Pliskova went on to lose the match and later rammed her racquet repeatedly against the umpire’s chair.

There were many that day who thought she was justified. And there has been a number of wrong calls that have altered the results of matches. 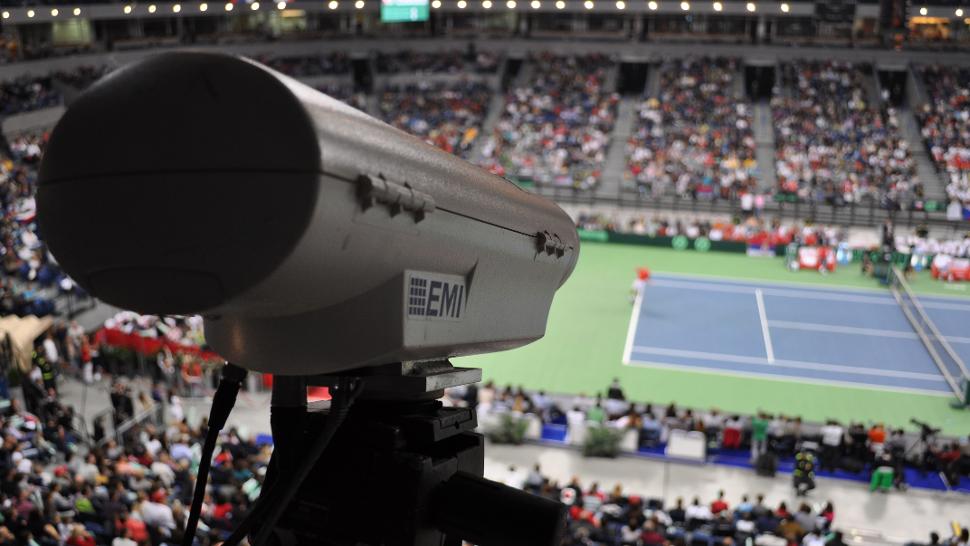 At the 2017 Monte Carlo Masters David Goffin was ‘wronged’ by umpire Cedric Mourier in his semi-final against Rafael Nadal.

Goffin was up a break in the first set when Mourier made a bad call to hand a point to Nadal, which sent the Belgian out of the tournament.

“It’s also a point of difference, which we like. I don’t see why we’d change it.”

But be aware… Hawk-Eye, or a brand of it is already on site, its just used to entertain the fans, and not help the players or umpires.

So TV can use it, but not umpires? Yep.

Now to the other argument often put forward.

At the French the court surface on clay changes considerably during play, which would mean a recalibration of the system. This could take about 30 minutes, several times every day.

The argument is that would wreak havoc with the scheduling – but it works at Wimbledon and the court surface on grass also changes every match. 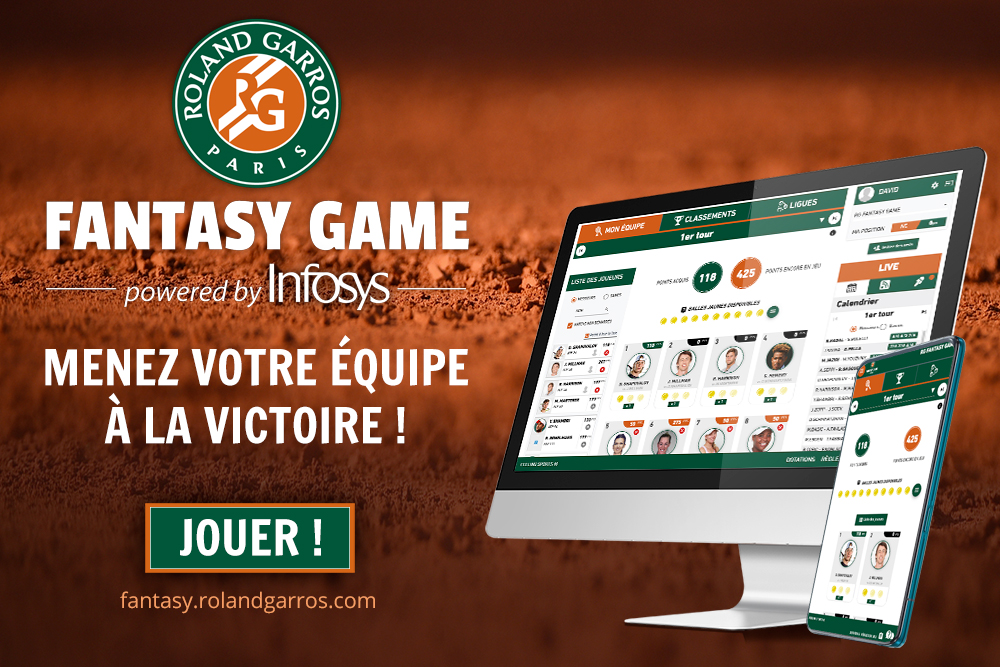 SOCCER has its Fifa game, now Roland Garros has its own fantasy game.

Previously called RG Contest, this year it’s back with a new look, and a new name: Roland-Garros Fantasy Game by Infosys, “the ultimate experience for any tennis fan who wants to follow the Parisian tournament daily, an add a spark of excitement and an extra challenge,” says the promotional blurb.

Throughout the tournament, from 23 May to 9 June 2019, have some fun following the results of the team you create and using all of your tennis savvy to lead it to victory.

Go to https://fantasy.rolandgarros.com/#/welcome for more details.

SUNDAY Serve tip for success in Paris is Naomi Osaka. The Japanese-Haitian will be looking to extend her 14-match winning streak at the Grand Slams when she steps on court for her Roland-Garros opener.

It will be her first major as the No.1 seed, a feat she had been really keen to achieve, and one she hopes to experience again in the future.

I definitely am thinking about keeping the No.1 ranking,” she said.

“Of course for me I would love to have the career Grand Slam. It would be even better to make it a calendar. That’s definitely my goal.

“At the same time, I don’t really want to put too much pressure on myself like that because I feel like in the end I play my best when I’m enjoying myself. I feel like that’s why I always do well in Grand Slams, because I always have fun there.”

SO what’s new at Roland Garros this year?

According to the official website. a greener, leafier Roland-Garros after a makeover with a stunning new world-first stadium.

The Fonds des Princes now contains a completely revamped outside courts area and Court Philippe-Chatrier has had an impressive facelift.

After 10 months of extensive renovations, the Court Philippe-Chatrier will host up to 15,000 spectators daily.

The destruction and reconstruction of 80 per cent of the stadium has seen new steel framework, which weighs half that of the Eiffel Tower, with a retractable roof due to be completed in time for Roland-Garros next year.

Located in the southeast Jardin des Serres d’Auteuil section of the grounds, Court Simonne-Matthieu has had a major facelift for 2019.

Listed as the only plant ecosystem of its kind in the world, this semi-sunken court is enclosed between four greenhouses, each of which will house collections of plants from the tropical regions of South America, Africa, Southeast Asia and Australia.

Roland-Garros’s third-largest court has 5000 seats, and provides the perfect example of where sport meets nature.

AND  finally… Where are they now?

Pierce, 44, whom will be inducted into the new International Tennis Hall of Fame in the US in July, has lived on the India Ocean Island of Mauritius for the past decade.

25 years ago the then 19-year-old blasted her way to the French Open final, losing in the final 6-4, 6-4 to Arantxa Sánchez Vicario.

The following year Pierce made it to the Australian Open final without losing a set. There, she beat Sánchez Vicario, 6-3, 6-2, for her first major title, before winning at Roland Garros in 2000 beating Conchita Martinez, 6-2, 7-5. 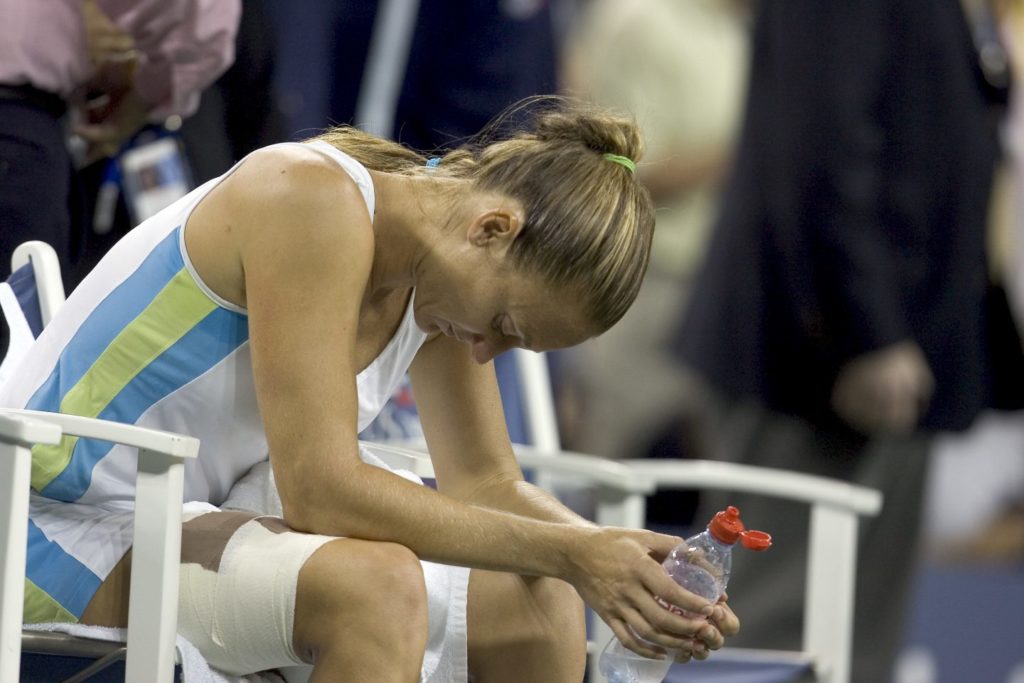 Life was never easy for Pierce, suffering abuse at the hands of her father, who was banned several times for the circuit.

Born in Montreal before moving to France at the age of 14, in search of ‘better opportunities’.

But she has now found peace.  “The two best things about Mauritius are the people and the clear turquoise water,” Pierce told the NY Times recently.

“The first time I went there in 2006, I felt like it was exactly what I was looking for, praying for. My heart felt at home.”