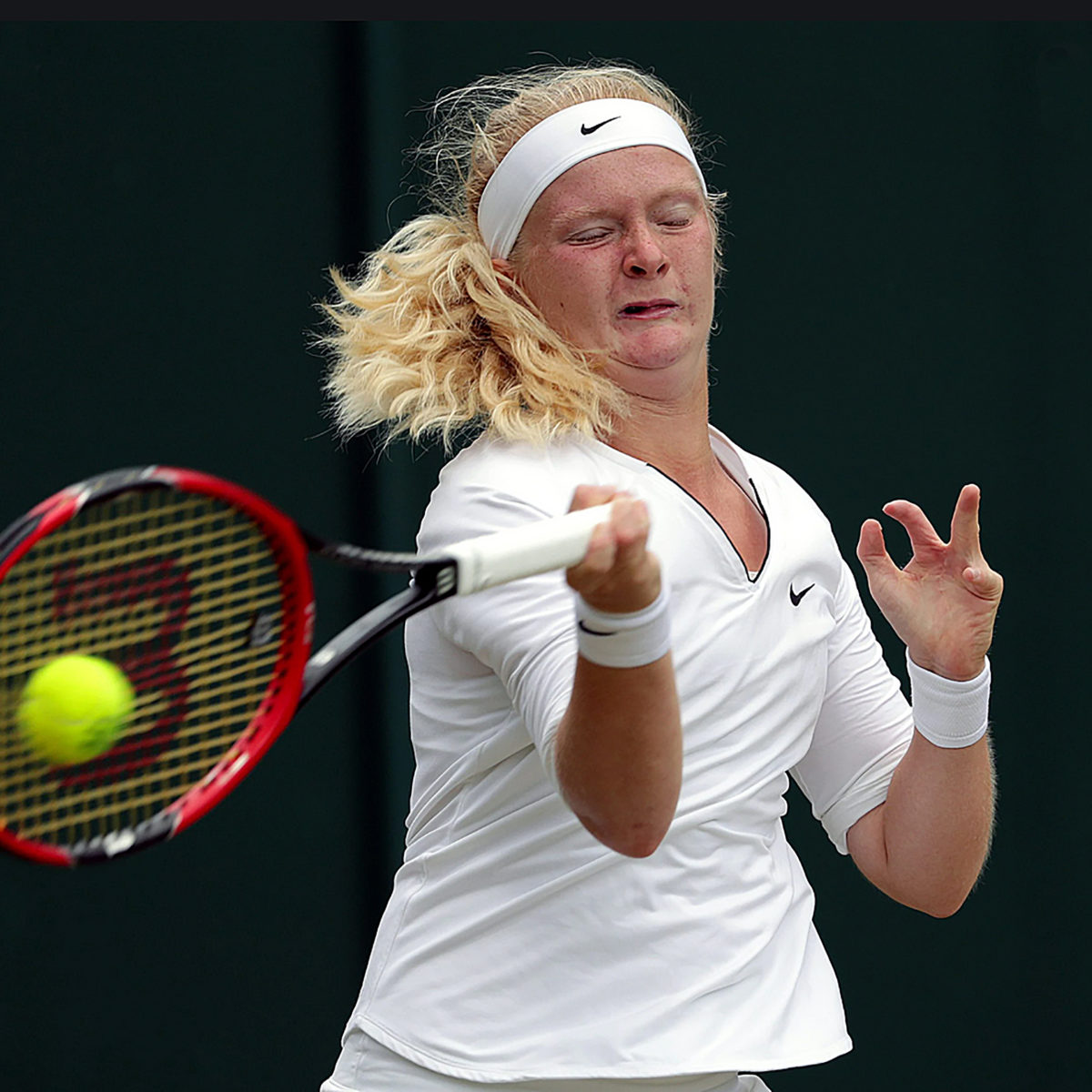 Britain’s Francesca Jones moved a step nearer qualifying for the Australian Open as she convincingly beat World No. 144 and former top thirty player Romanian Monica Niculescu  6-3,6-2 in a first round qualifying match in Dubai.

That feat is all the more remarkable because of the life challenges she has already had to overcome just to get this far.

The 20 year old from Leeds was born with a condition known as Ectrodactyly Ectodermal Dysplasia which caused her hands and feet to develop abnormally.

With three fingers and a thumb on each hand and four toes on her left foot and three on the left Francesca Jones has lost track of the number of times she has undergone surgery and been told that a professional tennis career was impossible for her.

She actually believes she has been able to turn those challenges to her own advantage.

Jones plays with a light racquet and very small grip, and has to work hard on balance and technique. Her feet do not always move the way other feet do, so she has to be precise to avoid injury, which appeals to her perfectionist instincts.

“My  biggest strength is my mental strength” she says.

“I’ve had experiences that many people my age won’t yet have had, and may never have,” says Jones.

When she was just 10 years of age, and urged on by the scepticism of some leading medical specialists, Francesca got accepted into the world famous Sanchez Casal Academy in Barcelona, where Andy Murray claims to have spent “the best two years of my life”

Yorkshire lass Francesca owes her spot in the qualifying event for the opening Slam of the year to an superb run following on from last year’s five-month suspension of the tours due to COVID-19.

She is still based in Barcelona, but also trains at the National Tennis Centre in Roehampton supported by the Lawn Tennis Association’s Pro Scholarship Programme.

Today she faces 24 year old Croatian Jana Fett in the second qualifying round as she attempts to move one step nearer to her life’s ambition to play in the main draw of a Grand Slam.