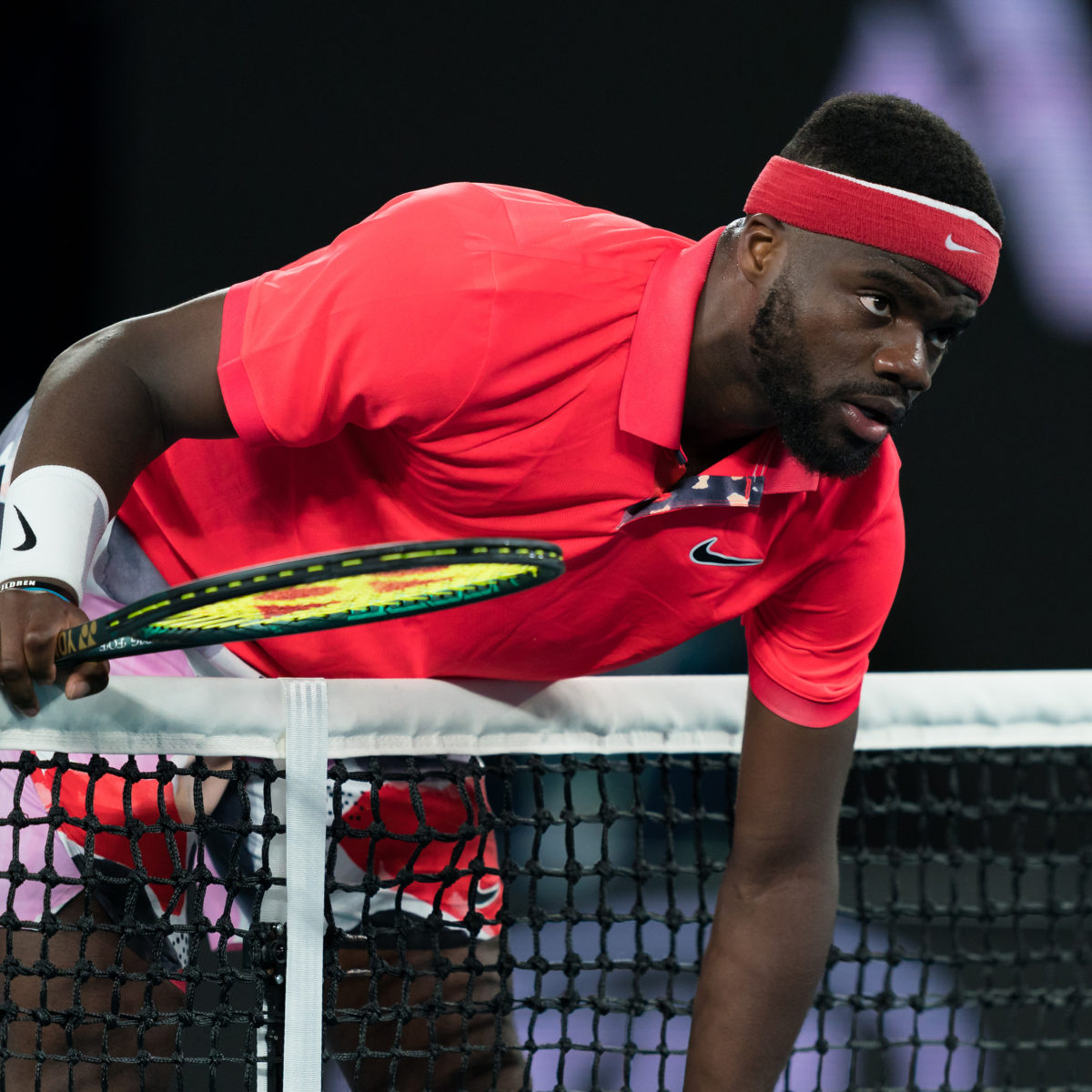 Frances Tiafoe and his girlfriend Ayan Broomfield have joined other sports stars protesting about the death of George Floyd by posting their own video on Instagram.

The video was set to the song Glory, written and performed by John Legend and  rapper Common in the film Selma, which portrayed  aspects of the 1960s US civil rights movement.

“I think it was important to portray the power that black tennis players have” girlfriend Ayan said.

A quarter finalist at the 2019 Australian Open Tiafoe told BBC’s World Service that “Sportsmen have a lot, a lot of pull, and I think we don’t even realise how much it really is,”

“We start trends: people want to be like a LeBron James, like a Michael Jordan, like a Roger Federer, so when they go and say something, people are going to listen. And those are the things that can really make changes. If they really speak out and make a difference, I think things can happen.”

Tiafoe, son of  Sierra Leonean immigrants says he was very certain of his feelings, but was in two minds whether to speak out in public.

“It’s a fine line, you’d have to say. I was 50-50 with getting it out, but I’m happy I did it in the end. There was definitely a tug of war, but sometimes it’s bigger than that, which this case was,” he said.

“You see all the riots going through the United States. It needed to be said. The way things are going right now we definitely need change.”

He was ultimately persuaded by girlfriend Ayan that a collective statement was the right thing to do.

Naomi Osaka and  and Coco Gauff chose to make  their feelings known  in other ways.

Two-time Grand slam champion Naomi Osaka Osaka posted a photo of herself apparently among protestors in Minneapolis and another of the memorial to Floyd.

16 year old Gauff appeared on TikTok wearing a black hoodie as the names and photos of African-Americans killed by police are revealed on the screen. Am I next?” the caption reads, as she raises her hands.

“I’m using my voice. Will you use yours?”

Tiafoe and Ayan Broomfield had sat numb in their apartment for a few minutes after absorbing the disturbing video of Floyd’s needless death. Chauvin and Floyd were a harrowing juxtaposition of roles in a familiar story that has ended with the same outcome. As three words played over in their minds, Floyd’s presence filled the couple’s living room. Inaction would only further submerge his gasps for help.

On a Minneapolis street, George Floyd’s life rested in the hands of a Police Department cop Derek Chauvin.

Lying on the ground, face downwards, his repeated cries for help were ignored by the white police officer bearing down with all his weight on Floyd’s neck. His pleas were not heeded by Chauvin who pressed his left knee on African-American’s airway for eight minutes and 46 long seconds whilst his three fellow cops stood by and watched, their complicity as deafening as the final words uttered by Floyd:-

“I can’t breathe” tragically became “I can’t be”

Roger Federer joined Rafa Nadal, Novak Djokovic and  other sports stars all showing their solidarity with ‘Blackout Tuesday’ by posting the symbolic black image across their social media accounts