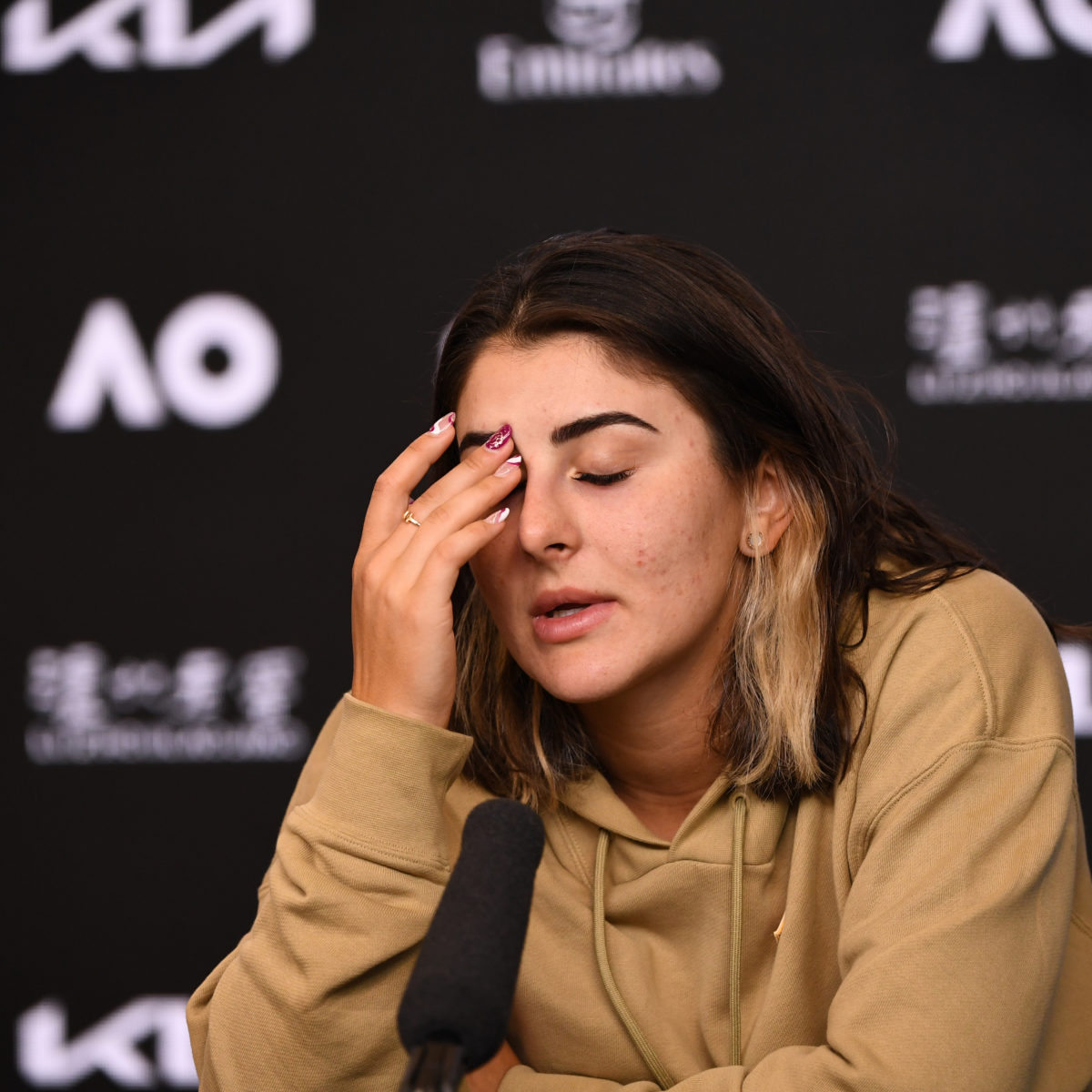 The pressure of a top tennis profile has apparently gotten to Bianca Andreescu, with the Canadian announcing on Monday she won’t bother with the Australian Open.

The 2019 US Open champion who played a mere 35 matches this season after completely skipping 2020,cited mental stress and carrying “the weight of the world” on her shoulders.

Her decision reflects that of fellow New York champion Naomi Osaka, who kicked off her own tennis burnout scenario last spring at Roland Garros when she refused to attend mandatory post-match media conferences before being disqualified from the major.

The Japanese player has also limited her appearance and has not appeared on court since losing in the third round of the US Open three months ago; her ranking has plummeted to its current 13th after standing atop the table in 2019.

Andreescu complained that she’s just not feeling it on court.

The 21-year-old also blamed COVID and a grandmother’s ill health for her swoon.

“The past two years have been very challenging for me for a variety of reasons,” she posted on social media as she hinted at her own suffering.

“A lot of days, I did not feel like myself, especially while I was training and/or playing matches. I felt like I was carrying the world on my shoulders.”

She last played at Indian Wells in early October, with her title defence collapsing in the third round to Anett Kontaveit.

“I want to give myself extra time to reset, recover and grow from this (as cliche as that sounds), and continue to inspire by doing charity work, giving back and working on myself.

“I know by doing this, I will come back stronger than ever,” she said.

Andreescu gave no indication of her own COVID vaccination status, a mandatory requirement for any player intending to compete in Melbourne when the Grand Slam kicks off on schedule on January 17.

She tested positive for the virus last April before splitting with her coach of four years.

The Canadian gave no indication of when she might resume on the WTA Tour.