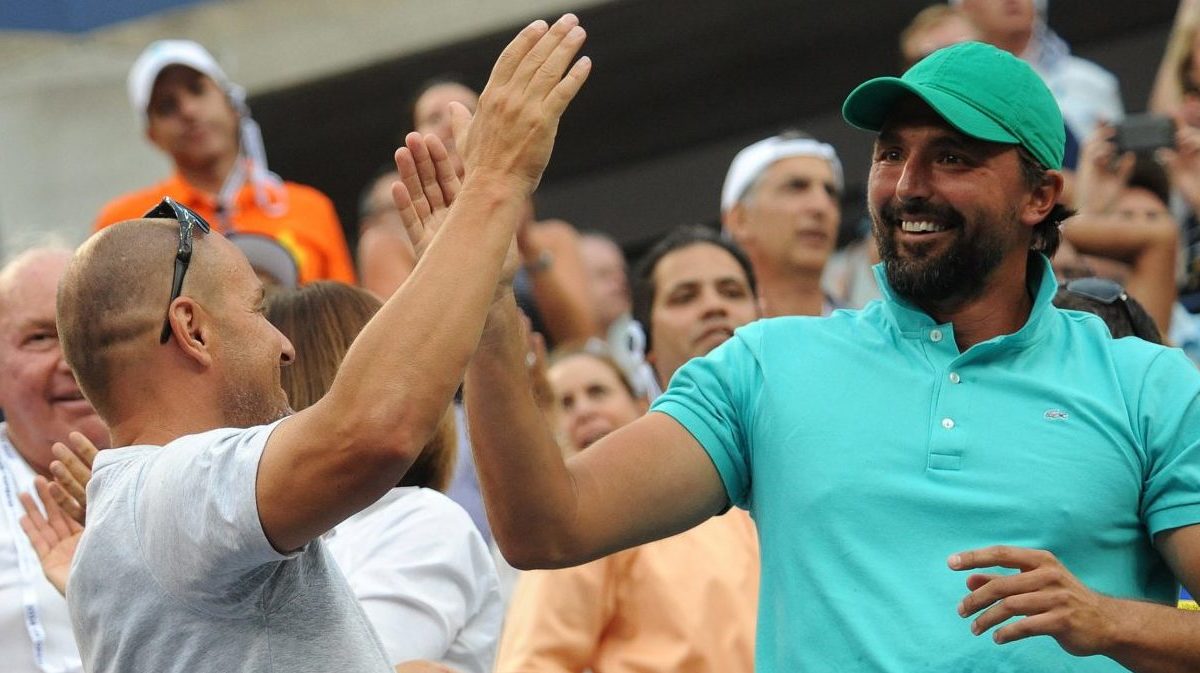 Nick Kyrgios has received unexpected support from former tennis tearaway Goran Ivanisevic, with the grass-court advisor to Novak Djokovic labelling the wild-child Australian as “good for the sport”

Kyrgios has used up plenty of social media time in trolling the world No. 1 Serb, who he does not seem to get along with at all.

But Ivanisevic, the bad boy of his day two decades ago and the 2001 Wimbledon champion, can overlook the Kyrgios slags and believes there is some substance to the taunts of the world  No. 52.

The Aussie has taken every opportunity to get in digs at Djokovic, whom he has said is “desperate” to be loved by a world public which idolises the old guard of Roger Federer and Rafael Nadal.

Kyrgos also posted that Djokovic plays tennis politics, holding back his true opinions on issues in order to say the most expeditious thing at the time. he has also labelled Djokovic as “cringeworthy.”

But Ivanisevic calls the online ribbing cannot detract from the unused talent of Kyrgios, whom he added should show more respect for opponents.

“They (ATP player) are together all year on the courts, on the tour,” Ivanisevic told the We Love Tennis website.

“You can have your preferences, but you don’t have to speak about them publicly. If you beat an opponent you don’t like, just give him a smile during the handshake, it’s enough.”

But Ivanisevic called Kyrgios “good for tennis” and “a special person.”

“He has the talent to be number 1 but he is totally unpredictable. He can play three crazy matches and then fall flat. I can’t imagine his career if he were a bit more serious.”

Krygios doesn’t bother to rely on a coach, preferring to go his own way on the circuit.

But the Croatian former great said that he is not in the running to step onto the one-man team of Kyrgios.

“I don’t even know what I could say to him as a coach. Authority seems to be complicated for Nick to handle.

“The only solution that seems to be possible to me is that Nick is coached by Nick.

“Of course, I would really like to see him concentrate and seriously prepare for a Grand Slam tournament to see what he is really capable of doing from first to last point.”