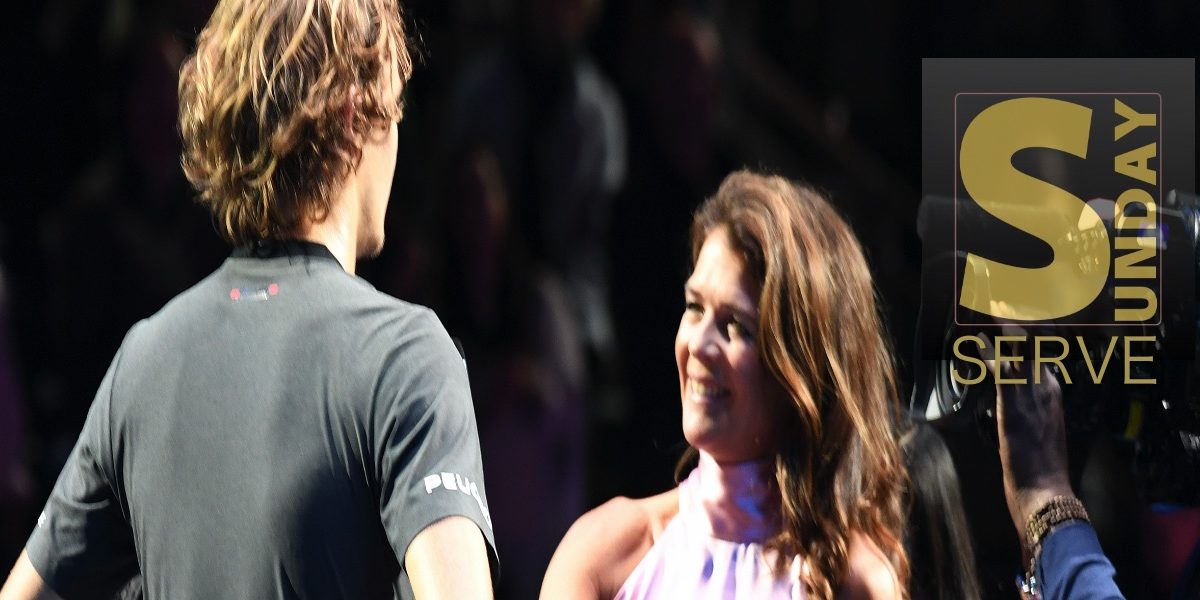 FORMER British No.1 Annabel Croft nailed the ongoing debate over on-court coaching this week when she wrote a column in ‘Tennishead’ about the subject, calling for it to stop.

“One of the problems for tennis – and particularly for women’s tennis – is that different rules apply at different tournaments,” she said.

“On one tour players are allowed to call their coach on to the court once during each set.

“However, no on-court coaching is allowed at the slam events, except in qualifying for the US Open. That’s confusing for everyone.”

Croft then said she had noticed some changes this year.

“Dimitri Zavialoff, who started coaching Konta at the end of last season, believes in players problem-solving on their own. For the most part that has worked extremely well for her, who has turned many matches around this year after losing the first set.

“And then, of course, there’s Roger Federer. I’m not sure I can ever remember the great man looking up at his entourage during a match. And he’s not had a bad career, has he?”

She has a very valid point.

TALKING of coaches, Simona Halep’s coach came down from the stands to label her display against Karolina Pliskova last week to call her an “absolute disgrace”.

Midway through the match the Romanian’s poor form prompted Aussie Darren Cahill to give her a big wake-up call.

“Simo, look at me, the last three games you’ve been an absolute disgrace on the court,” he said. Wow!

STAYING in China, at the Shenzhen WTA Finals, US Open champion Bianca Andreescu broke down when talking about the injury that forced her to retire from the tournament.

“I twisted my knee during a forehand return. I heard a crack. After that it was hard to put pressure on it,” she said, with images of her beamed around the world, in pain and tears.

“The physio thought it was my meniscus, so she taped it up. It was really hard to bend with the taping and the pain kept getting worse, so I had to stop. I fought with what I had, but I didn’t want to get it worse.

“The MRI showed it didn’t look good enough to play. It’s very disappointing. It’s the last tournament of the season. You want to go all out, but stuff happens. You just got to take a step back, reevaluate.

Andreescu was full of praise for the Shenzen tournament.

“It’s really nice to be amongst the best women athletes in the sport. It’s an incredible event,” she said.

“I think it’s one of the best events of the season.”

MATTEO Berrettini became the first Italian qualifier for the season-ending Nitto ATP finals in London event since Corrado Barazzutti in 1978, when it was contested in New York, this week.
Denis Shapovalov’s win over Gael Monfils in Paris meant Berrettini will go to London.

Berrettini was ranked world number 57 in March. He’s now up to No. 9, after winning 40 matches this year and lifting two titles in Budapest and Stuttgart.

And this is no fluke: Berrettini, 23, also reached the semifinals at the US Open, plus the fourth round at Wimbledon.

“I would have never thought I could qualify a couple of months ago. I am just so happy to be among the top 8 in London,” he said.

THE media love to be on the front foot in sport – and they were this week when they posed a question to Rafa Nadal.

But Rafa was a further step in front with his response.

Nadal was asked what his expectations are looking ahead to the ATP Finals in London (note this was before his injury).

“I am in Paris. I am not in London,”Nadal retorted. “It’s not important to play here to be playing well in London. 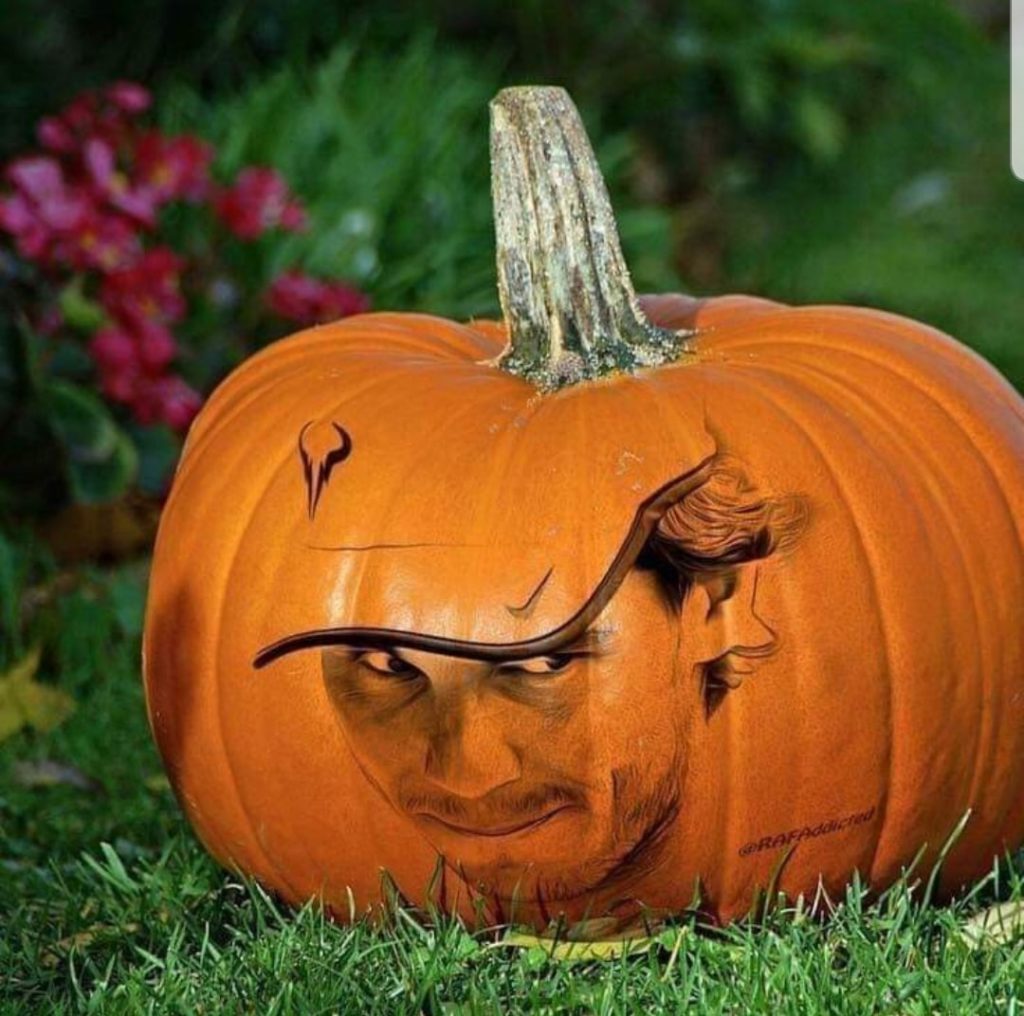 It’s important to play here because this is a Masters 1000 and one of the most important events of the year.”

Quotes before his sudden exit from Paris through injury. The injury has raised questions over his London appearance, the event is due to start on November 10.

JUDY Murray admitted this week that watching her two sons play tennis has been a stressful experience.

In fact Just says she was ‘lucky to be alive’ after witnessing several battles featuring Andy and Jamie.

In an interview with Tennis365 Murray gave an insight into the path she followed to give her boys the best chance of success.

“I’m surprised I’m still alive, to be honest,” she said.

“It is not easy watching your own children go through this kind of stress at your local club, but put it on a big stage and it magnifies everything.

“All you can do as a parent is to make sure you encourage them in the right manner and ensure that your continued support is not conditional on whether they win or not. It has to be about fun at the start because if they don’t enjoy it in the formative stages, they will not continue.”

Despite the stress, the Murray boys have made a pretty good career out of the game, winning ten Grand Slam titles between them in singles and doubles careers.

AND finally.. Roger Federer’s much talked about tour of Mexico reached fever pitch this week as the bullring in Mexico City, where he will play Alexander Zverev, started to take shape.

The Mexico match is on November 23, but there are also a few other games: 19 November (Chile), 20 November (Argentina), 22 November (Colombia), 24 November (Ecuador), then to China in late December. 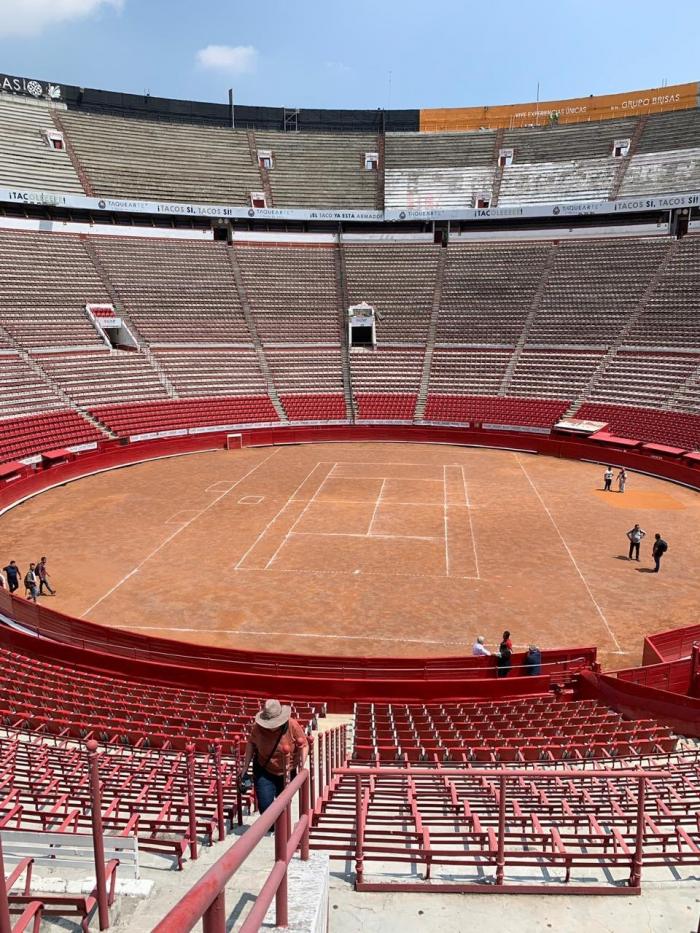