Fognini dips into tennis tricks to survive in Toronto 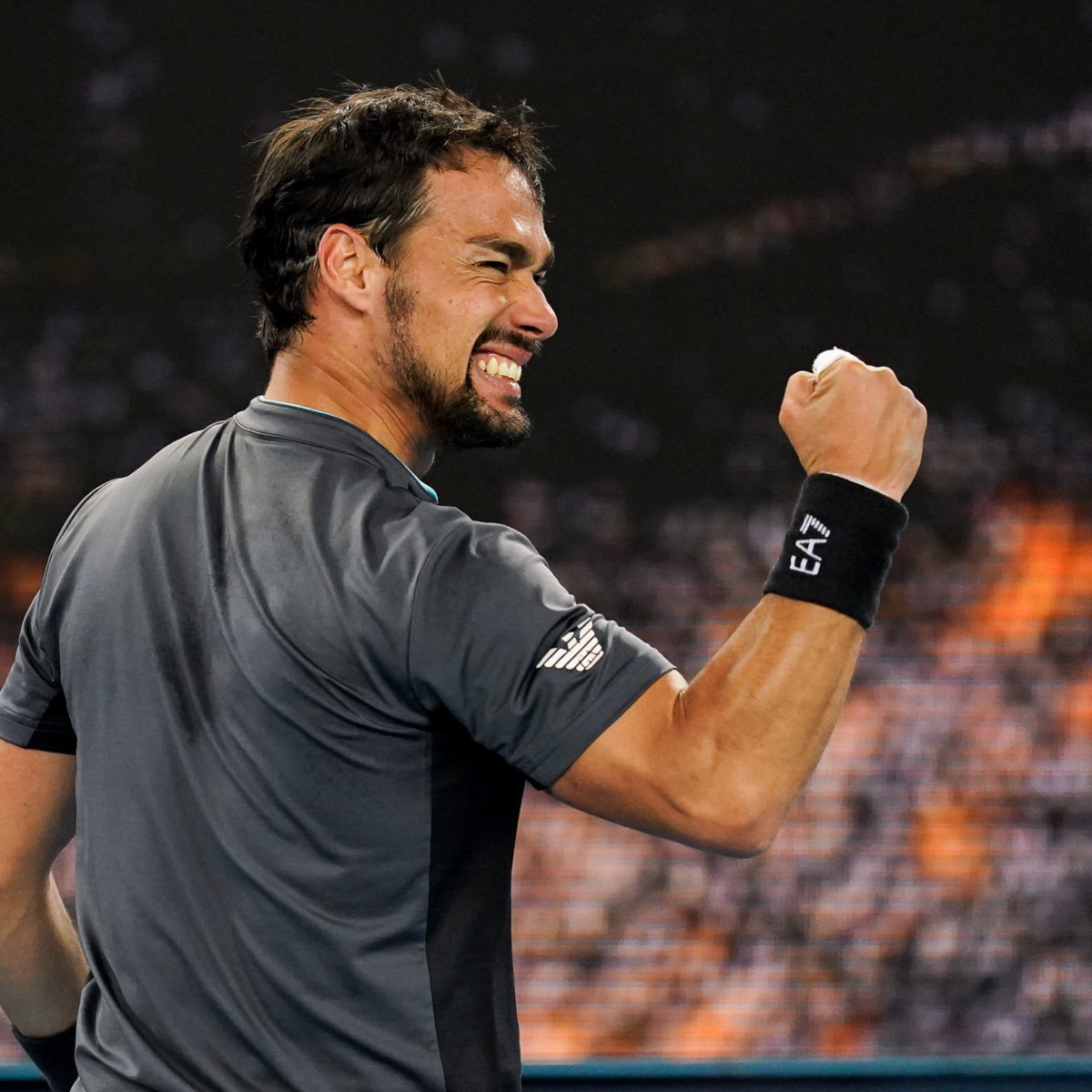 Wily campaigner Fabio Fognini tossed a racquet to a lucky fan after surviving into the second round of the Toronto Masters on Monday.

The Italian who looked down and out in the second set was visited by both a doctor and a physio.

He also drew a warning from the chair for wasting time as he went off court after winning the second set against Jan-Lennard Struff in what ended as a 6-7(2), 6-2, 6-4 comeback victory.

.The Italian battled back from an early break down in the deciding set and broke back for 4-all as Struff fell on a sixth break point in the game.

The German sealed his fate with a double-fault for a Fognini match point and then snuffed a volley into the net to lose after two and a half hours.

The match was far from pretty, with nearly 90 combined unforced errors and conversions on just six of 25 break chances.

Fognini must step up a level in the second round when he meets fourth seed Andrey Rublev.

Cilic booked his place with a 6-2, 4-6, 6-3 defeat of tournament debutant Albert Ramos-Vinolas of Spain.

Ruud is coming onto cement after winning three straight ATP clay titles in July in Europe and moving to 12th in the rankings.

The 39th-ranked Cilic advanced over Ramos-Vinolas with 34 winners, including 13 aces but had 41 unforced errors.