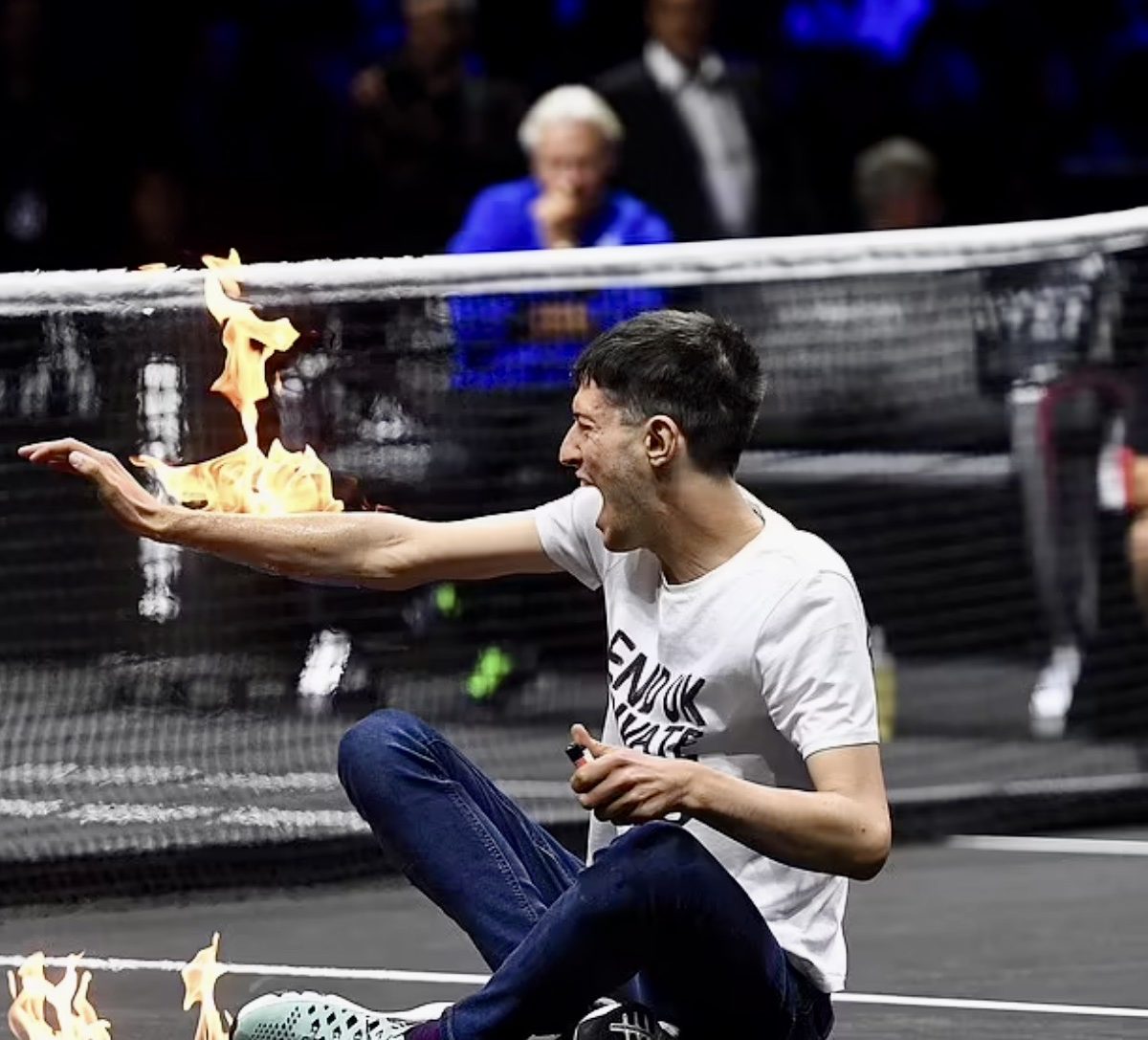 A climate change activist was removed from the court during the Laver Cup earlier today after setting his arm on fire in a protest over the use of private jets.

With both Roger Federer and Novak Djokovic shown this week alighting from corporate jets to compete in the wrap-up event of the Swiss icon’s career this weekend in London, the protest timing appears to have been ideally planned.

The protestor who intervened after the first set during the match between Stefanos Tsitsipas and Diego Schwartzman at the fifth edition of the Europe v World event run by Federer’s management company was wearing a t-shirt reading “End UK Private Jets.”

The man ran onto the court, sat down and set his arm on fire with lighter fluid in full view of players and a sold-out house before being removed and treated.

The protestor was identified as a 20-year-old named Tai, part of an anti-private jet group.

The television feed of the interrupted match was cut off for a period while the court was inspected and cleaned in order for play to resume.

“It came out of nowhere. I’ve never had an incident like this happen on court. I hope he is alright,” No. 6 Tsitsipas said.

“I wanted to make sure the court was playable. There was a big mark there, I wanted it cleared up before I proceeded.”