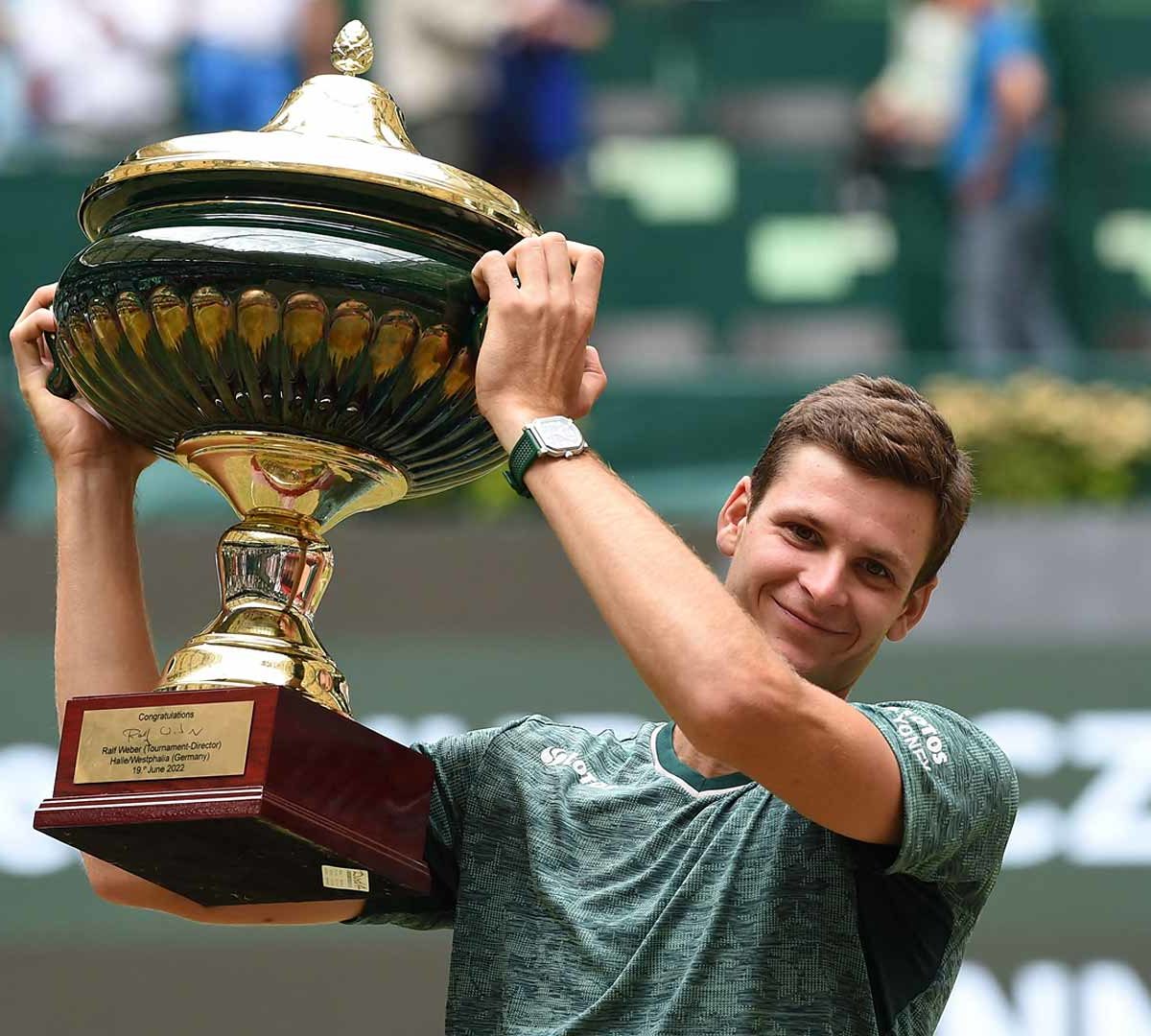 Daniil Medvedev lost his fifth final in a row on Sunday as his coach left the court and a protestor interrupted proceedings on Sunday in Halle.

The world No. 1 who will play next week in Mallorca in a title defence before being forced to sit out Wimbledon due to the ban on Russian entries, fell 6-1, 6-4 to Hubert Hurkacz.

Medvedev has not won a final since he beat Novak Djokovic at the US Open last September, denying the Serb a calendar-year Grand Slam sweep.

Medvedev went down to the Pole in 64 minutes in one of the shortest of the Halle finals.

“Everything went wrong today,” he said. “It was not a good match, but things like this happen.

“It’s good that I did not play like this at a Grand Slam final.”

A female climate change protester wearing a t-shirt which read “Only three years” was hauled off by three security men after trying to chain herself to the net post in a repeat of a recent match incident at Roland Garros.

In addition, Medvedev’s coach Giles Cervara picked up his bag and left as his man trailed a set and 2-0, leaving only the player’s wife Daria in the box to watch the end of the debacle.

Medvedev has now lost finals in Paris Bercy, the ATP Finals in Turin, January’s Australian Open and last week in the Netherlands to an opponent ranked at the time outside of the Top 200.

Medvedev said he will carry on as top seed and defending champion next week in Mallorca and is hoping to play despite a physical niggle.

“I’ve had some pain in my leg all week, But I’m gonna see how I feel there.

“I think I’m probably going to play because after that I will have five weeks off.

Hurkacz has now won all five of his career ATP finals and stands 3-2 over Medvedev.

“I’m happy with this win, I got some early momentum and was able to hold it,” the winner said. “To beat the best player in the world is special.

“I needed to find the right shots, I’m very excited to win my first title on grass and my second ATP 500 title (after Tokyo, 2018).

“I hope to keep this form up for Wimbledon.”