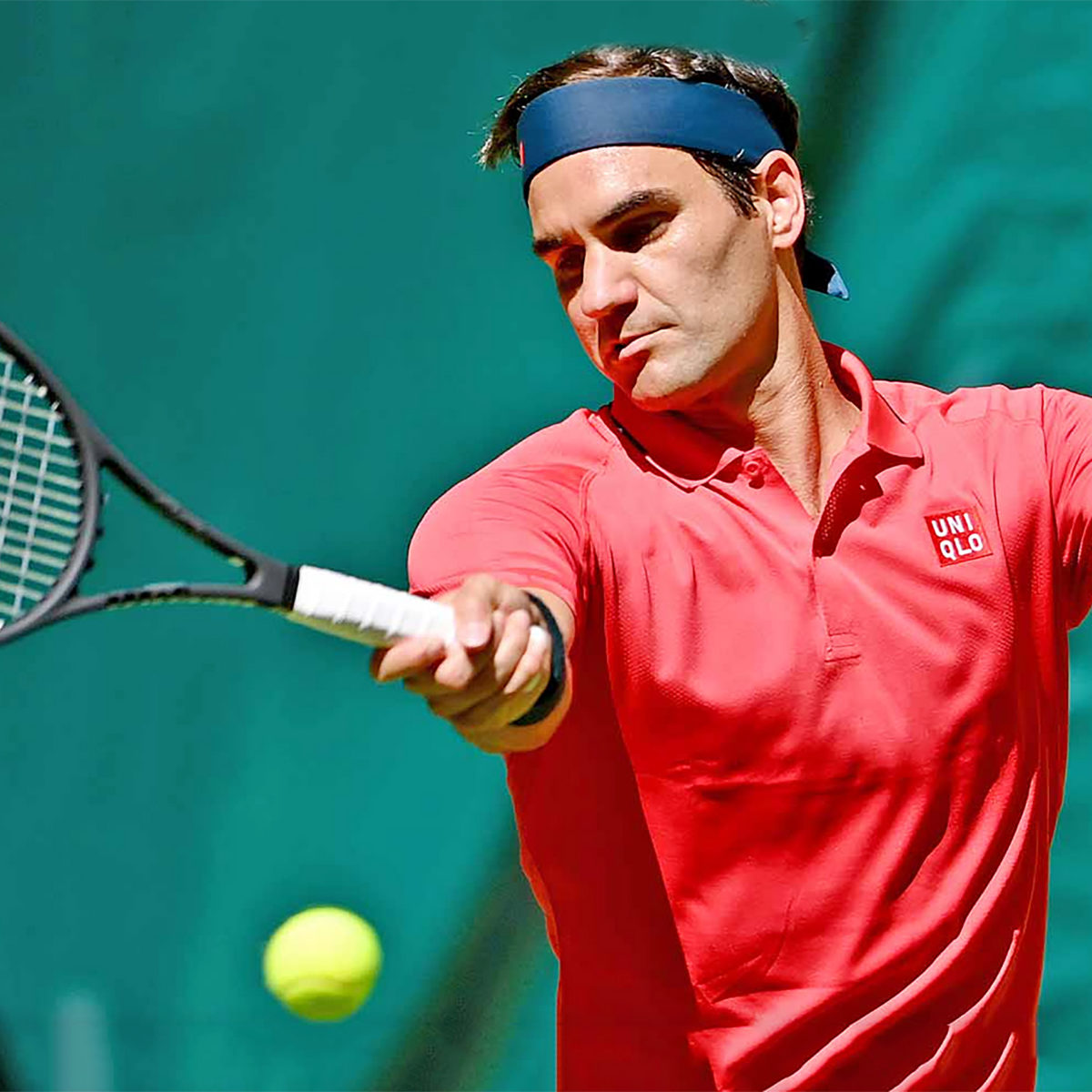 Roger Federer picked up where he left off at the ATP event in Halle two years ago with a 7-6 (4), 7-5 win into the second round on Monday against qualifier Ilya Ivashaka.

Exactly 701 days after losing the 2019 Wimbledon final to Novak Djokovic, the 20-time Grand Slam champion Swiss was back on the lawns at his preferred tune-up event in northern Germany.

The venue in Westphalia pays homage to the green-purple colour scheme of the Championships and was also the first grass court with a moveable roof when it joined the Tour in 1997.

Federer, who has a pedestrian street leading to the stadium named for him, owns 10 titles at the leafy green village venue.

The fifth seed will next face the winner from Canadian Felix Auger-Aliassime and Pole Hubert Hurkacz.

Federer was playing in front an all-but-empty stadium due to COVID restrictions,

He finished with 23 winners and 26 unforced errors, four aces and broke his Belarus opponent only once from four chances.

Federer, with 19 titles on grass including eight at Wimbledon, improved his record at the event to 69-7 since debuting in 2000.

Off court, French Open finalist Stefanos Tsitsipas withdrew from Halle as expected after losing on Sunday in five sets to Djokovic.

The 22-year-old Greek was also shaken by the death of his paternal grandmother, with the player receiving the bad news just five minutes before he took to the court in Paris.