Federer too hot for Paire at Open

Roger Federer made a rare day appearance at a US Open where he is hailed as the king of the night, with the Swiss icon crushing quirky Frenchman Benoit Paire 7-5, 6-4, 6-4 on Thursday.

Ironically, during the afternoon affair, the ferocious heatwave conditions of this week abated, with the sun behind a cloud and temperatures down to more comfortable levels after several scorching days.

Paire, unmissable due to his Millennial-friendly full beard, never had a chance and was not helped by distractions of his own making, including racquet tosses, screaming in frustration and various kicks at the ball. 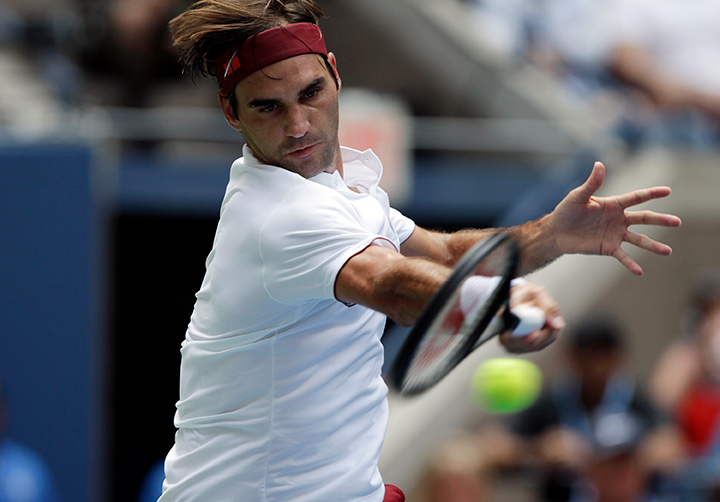 Paire’s facial decoration actually has a sponsor grooming product  which guarantees that Paire won’t be cutting it anytime soon.

Midway through, the Frenchman had basically given up but kept up appearances as the inevitable conclusion came to be; he had almost 50 unforced errors and 11 double-faults in his angry performance.

Federer completed a seventh win without a loss against Paire, with the Swiss second seed standing 18-0 second-round matches here. 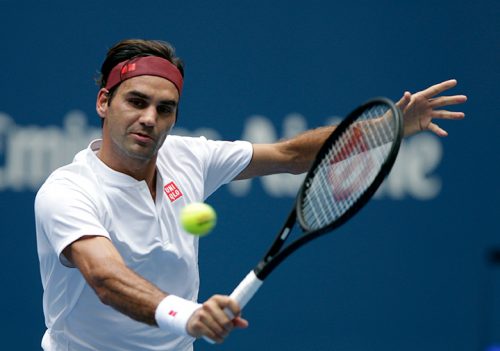 But it did not all go in the favourite’s way, with Federer losing a lead in the third set and trailing 4-5 before turning on the jets for victory.

“Playing Paire is different, but I don’t mind, I like to play tactically.”

“He makes you second-guess yourself, you have to stay focused throughout the match.” 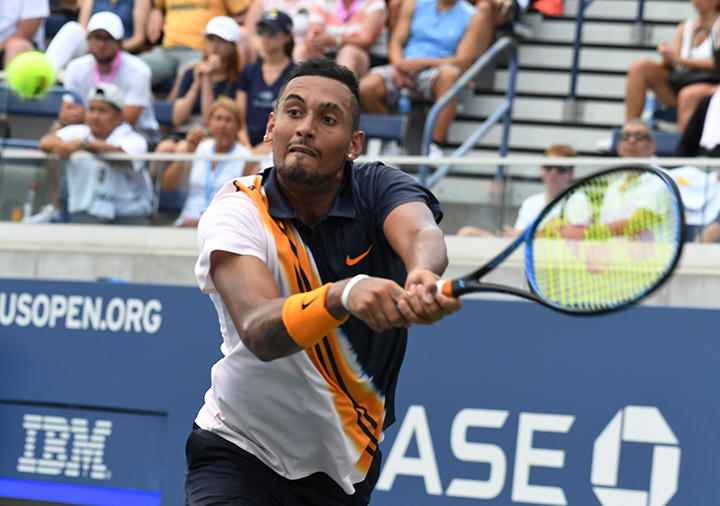 Kyrgios was barely in it as he trailed a set and 5-2 against his French opponent, with the Aussie looking uninvolved.

In an unusual move, chair umpire Mohamed Lahyani had a quick chat with him after a losing first se , which some instant internet critics took to be either a pep talk or outright coaching. 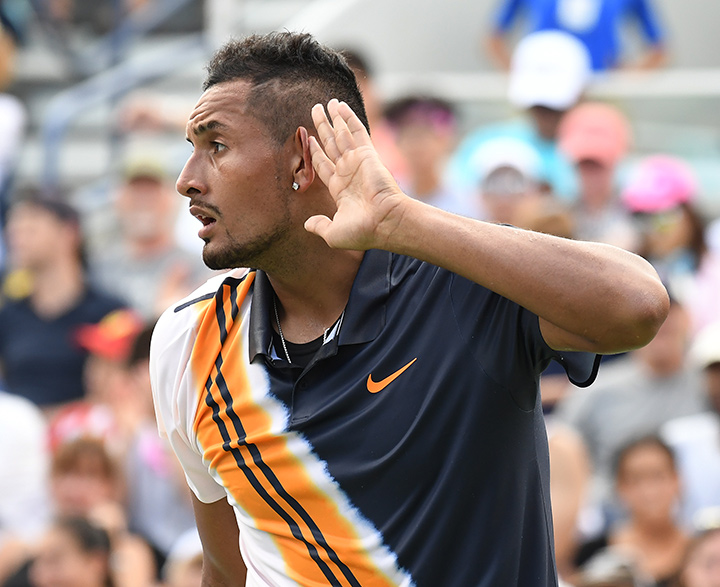 Remarkably, after a heat break after the third set, Kyrgios seemed to take the conversation to heart.

“He was just concerned about how I was playing. He was like, ‘Nick, are you okay?’ I was like, yeah everything is actually fine, I just wasn’t feeling great.” .

The 30th seed found some enthusiasm, punctuated by some under-the-break singing as he turned his game around on a dime, sweeping to the comeback win on the back of 14 aces. 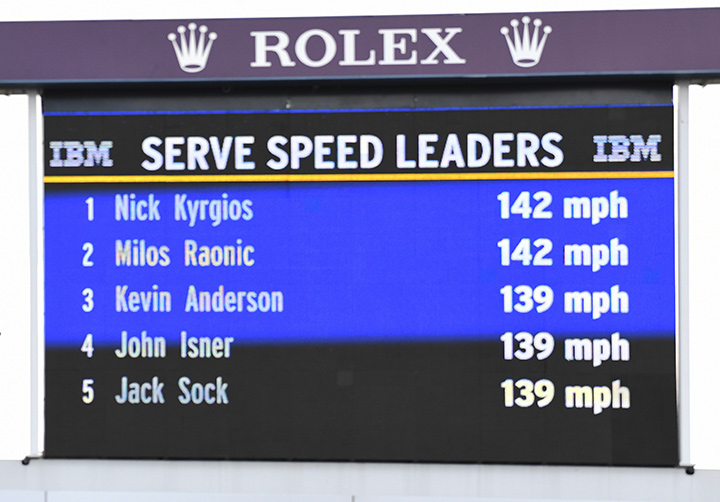 Federer will prepare for a battle with the man who beat him in Madrid in their first meeting three years ago but who lost the next four meetings.

“We’ve had some brutal matches over the years, we enjoy playing each other,” the Swiss said. “I’m looking forward to it.”

“This was the Slam that I struggled a little bit in the past but I’m happy with how I’m playing, I’m happy that I’m through,” Zverev said.

That will set up a contest against countryman Philipp Kohlschreiber, who lost the first set 7-6(1) to Australian Matt Ebden but then exploded for a 6-3, 6-2, 6-0 race to victory. 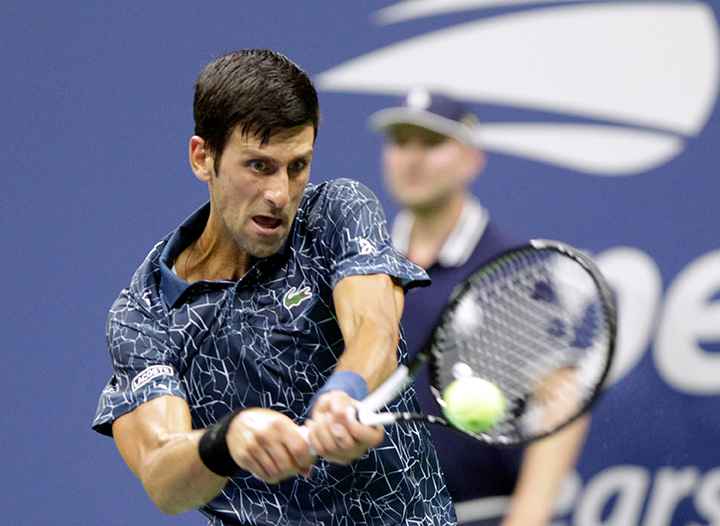 The only slip for the Serb who won Wimbledon came as he missed on a match point in the third set, losing in a tiebreaker before going into a winning fourth set.

“I thought I played really well in the first two sets and then I lost it mentally,” Djokovic said. “I lost my composure and concentration but I got it back in the fourth.” 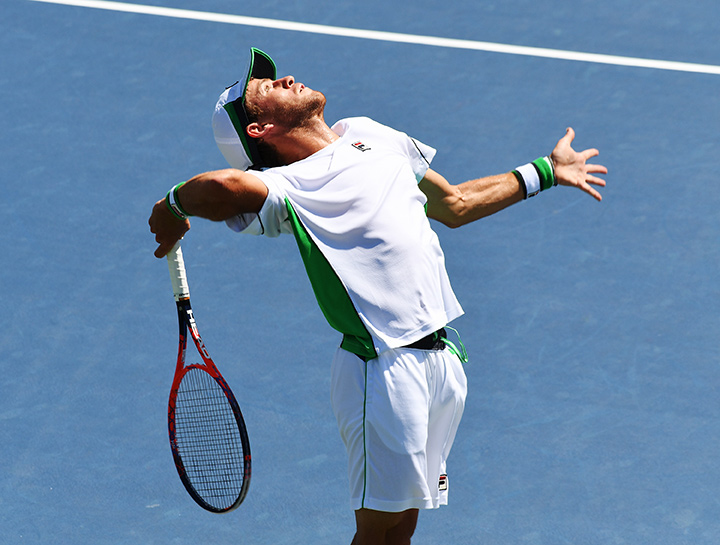