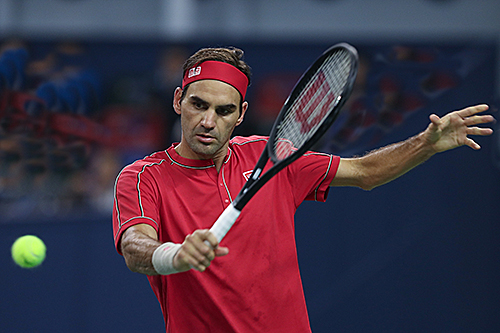 In Switzerland, renaming streets after public figures is usually a posthumous honour, but the idea to change the arena’s name in honour of Federer was first mentioned back in 2012.

The proposal fell 1,800 signatures short of the 3,000 required to trigger a local public vote, but instigators still submitted the petition to Basel city authorities.

Basel-born Federer, 39, used to live in the suburb where the hall is located and as a youngster spent time as a ball boy at the Swiss Indoors event at the arena.