Roger Federer and Rafael Nadal lived up to their elite Wimbledon seedings on Monday, with both motoring into the quarter-finals in straight sets.

Top seed Federer dismantled Adrian Mannarino for the sixth time in their one-way series, beating the Frenchman 6-0, 7-5, 6-4 on Monday to start the second week on a high note.

Nadal mowed down Czech journeyman Jiri Vesely 6-3, 6-3, 6-4 as he escaped brief trouble late in the match. 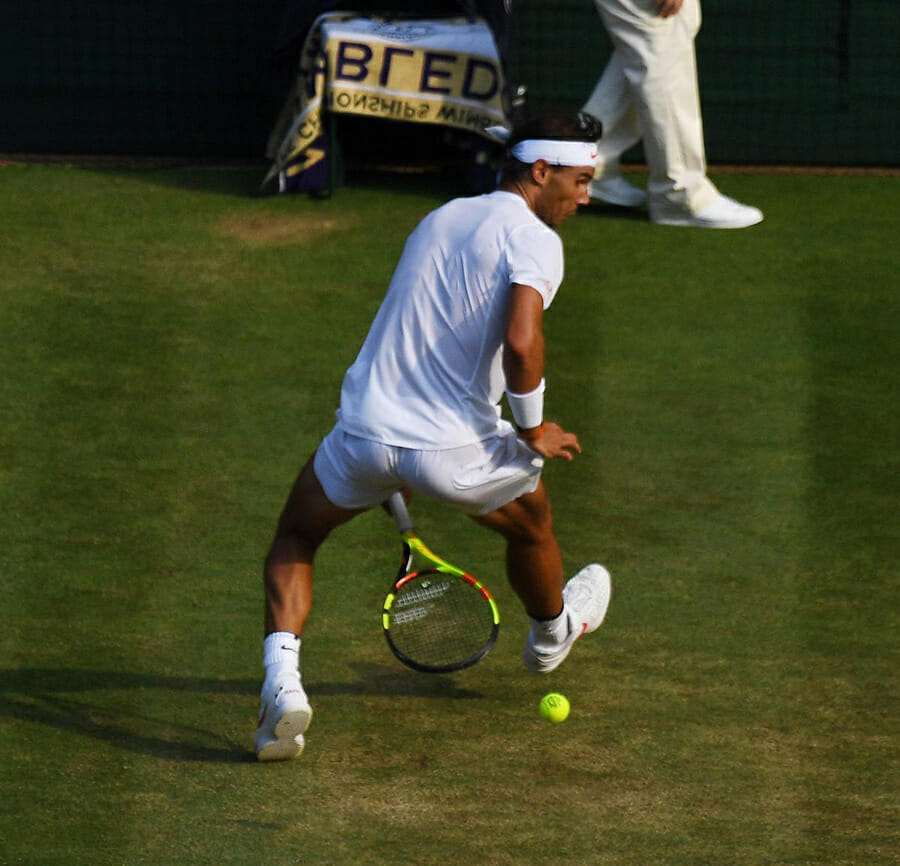 After claiming the first set in 16 minutes, Federer’s contest looked to be a runaway for the Swiss top seed before Mannarino began to lift his level just enough to make it competitive.

“It was crucial for him to stay in the match and not give me too much of a lead.

“In the end I’m lucky I had the lead in the bag after winning the first set so quickly. But it’s important to stay focused, he was playing better than he did in the first set.

“I’m happy with the match, it was up and down, due mainly to his performance. I’m pleased to be back in the second week

“Every match is different, but you play better against the better players,” he said of the 26th-ranked Mannarino. “It’s required.”

Federer’s only spot of bother came in the third set when he saved three break points – the third with his 12th ace of a quick afternoon – to hold for 4-all. 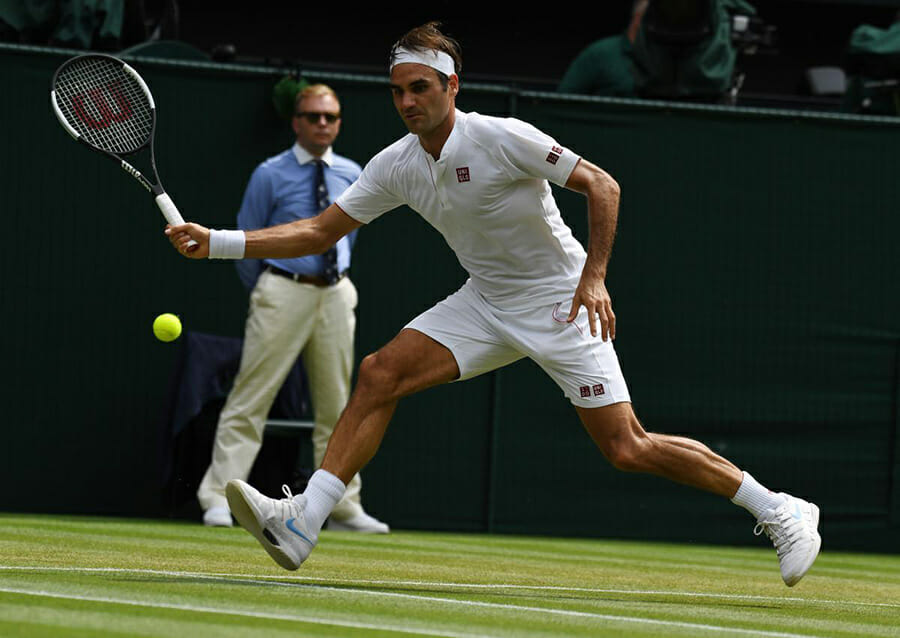 A break of the Frenchman for 5-4 and a quick service game marked the end after one and three-quarter hours to notch a 95th win at the tournament against 11 losses.

“In practice at the moment, I’m not working on anything specific,” the 20-time Grand Slam champion said. “It’s really about being just solid.

“The goal is to win matches and not to be too creative right now. That’s going to happen naturally if I play well. I’m really just focused on that.”

Nadal came from a break down in the third set to put beat  Vesely and earn his first quarter-final in London since 2011.

“It’s an important victory, I’ve not been in the quarter-finals for a long time,” the Spaniard said. “I’m happy to be where I am, I’m playing well

“I had a couple of forehand mistakes when I lost serve in the third set, it’s lucky a came straight back in the next game.

“Every match is a different story, I’m enjoying every day I can keep plying, since I’ve not been on grass for a years.

“I just focus on trying to keep playing well

“When I arrived here, my goal was to do the things the right way, to try to give myself chances to compete well. Sometimes the things work better, sometimes worse.”

Novak Djokovic, a three-time champion still fighting to return to top form after a 2017 season cut short by injury, beat Russian Karol Khachanov 6-4, 6-2, 6-2, wrapping it up in less than two hours. 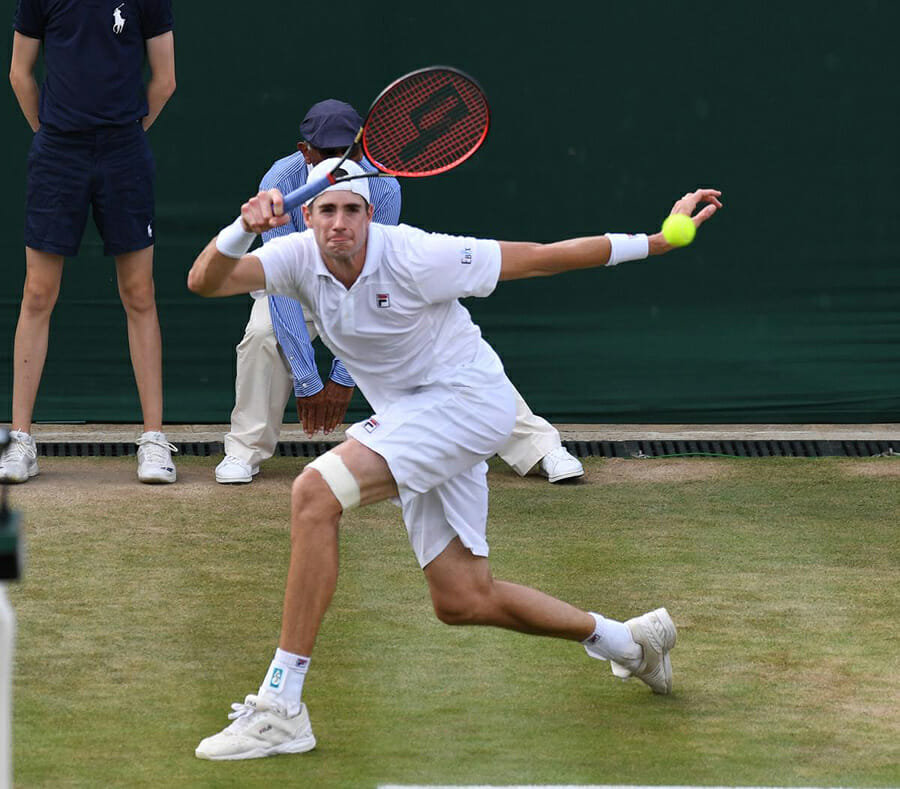 Raonic pounded 37 aces in a flashback to his glory days when he lost the 2016 final here to Andy Murray.

“I think the margins are small, it’s going to come down to really being disciplined with yourself,” the Canadian said. “If you let the other guy be the aggressor, you get passive, it’s going to hurt you pretty quickly.” 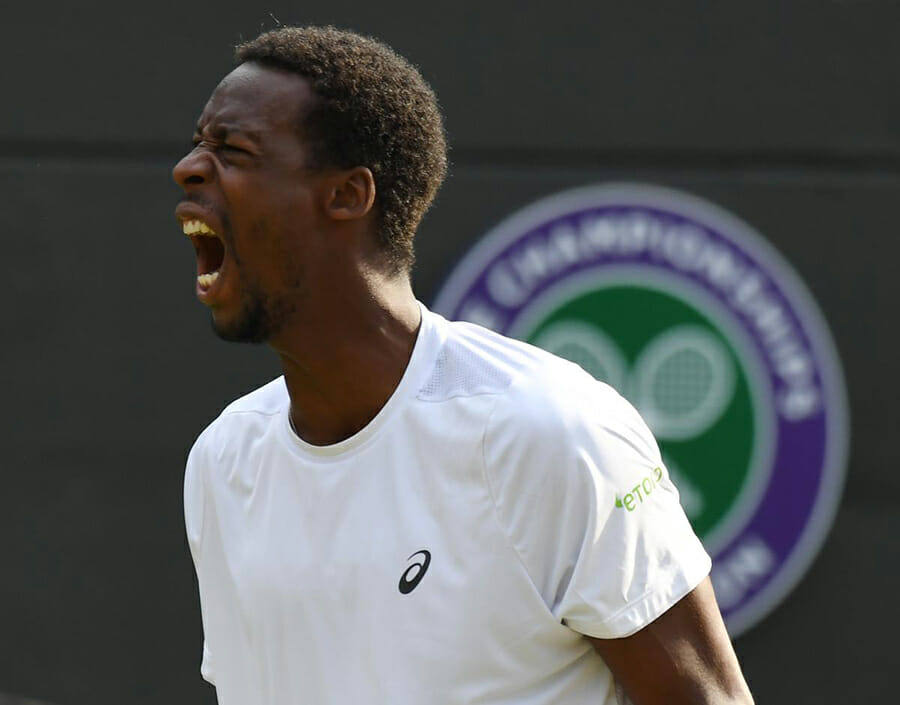 Isner, playing the second week here for the first time in his career, will take on Raonic in a battle of servers, with the American having won three of four matches played in the series. 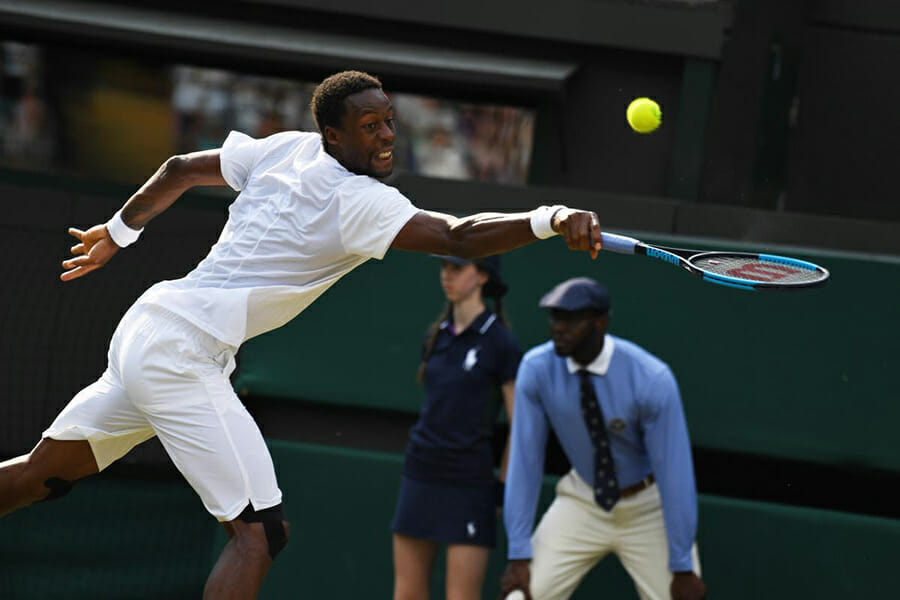