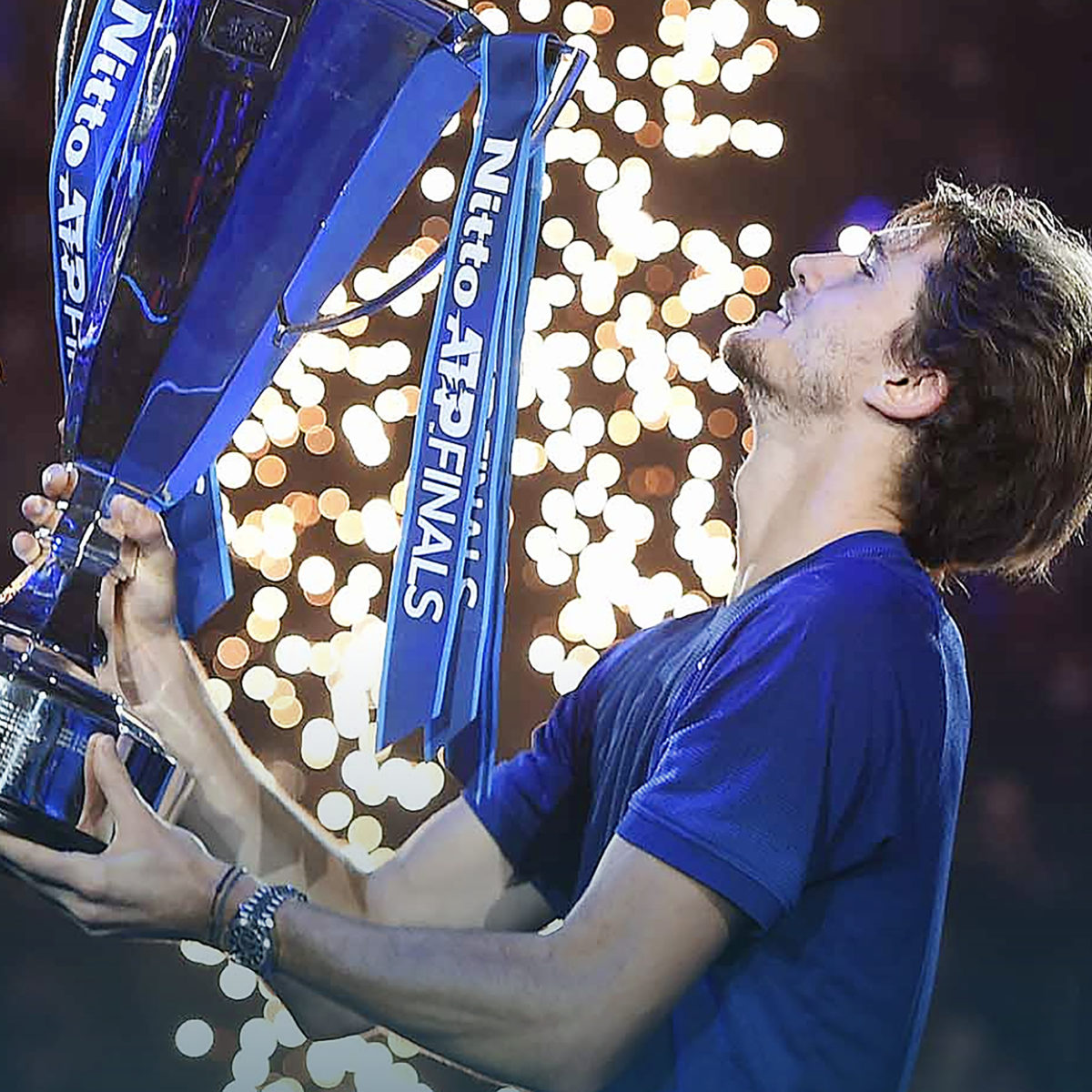 Alexander Zvererev was untouchable as the German dominated Daniil Medvedev 6-4, 6-4 on Sunday to lift his second trophy at the ATP Finals.

The victory in 75 minutes backed up Olympic champion Zverev’s 2018 title at the season wrapup event;.

“There is no better way to end the season,” the winner said. “It feels great, this was one of my best matches. I can go on holiday now.”

After beating No. 1 Novak Djokovic in a Saturday semi-final in Turin and following up with Medvedev, Zverev becomes the fourth player in tournament history to earn semi-final and final wins over the world’s Top two players.

Zverev got off a flyer, losing just five points on serve as he swept the opening set in 34 minutes; the German struck nine winners, the Russian was limited to just one.

The second set was equally impressive as Zverev closed out the chase for his sixth trophy of the season.

The finals pair led the Tour with 58 victories apiece going into the showdown; Medvedev had defeated his rival  five times without a loss over the past two years.

Zverev squared the series at 6-all, claiming his first victory over the Russian since the 2019 Finals in London.

Defending champion Medvedev came to the court riding a nine-match win streak at the season-ending event.