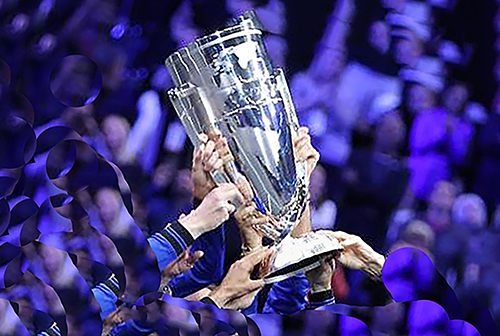 The Roger Federer-affiliated On shoe company has walked into a place in next weekend’s Laver Cup in Boston, signing on as the official footwear sponsor of the Europe v World event.

With 20-time Grand Slam champion Federer the founding father of the competition run by his management company, the addition of the next-gen Swiss shoe firm which made its NYSE stock debut this week is not surprising.

The Swiss is an investor in the decade-old Zurich-based firm and has helped to design the company’s line of tennis shoes, The Roger.

The contract with the Laver Cup, set for September 24-26, is multi-year and will outfit staff, officials and ball kids with company product.

“Whether working behind-the-scenes or on-court, the Laver Cup organizing team will find On’s athletic footwear supports them to run this extraordinary event in style and in comfort,” said On Co-Founder Casper Coppetti.

“To reflect the unique team competition that makes the Laver Cup so exciting, On and Roger Federer have created a unique and limited Laver Cup edition shoe.”
Federer, who is recovering from a knee injury, will not be able to play but is surely to be expected onsite for the three-day event, won for the last three years by his Europe side coached by Bjorn Borg.