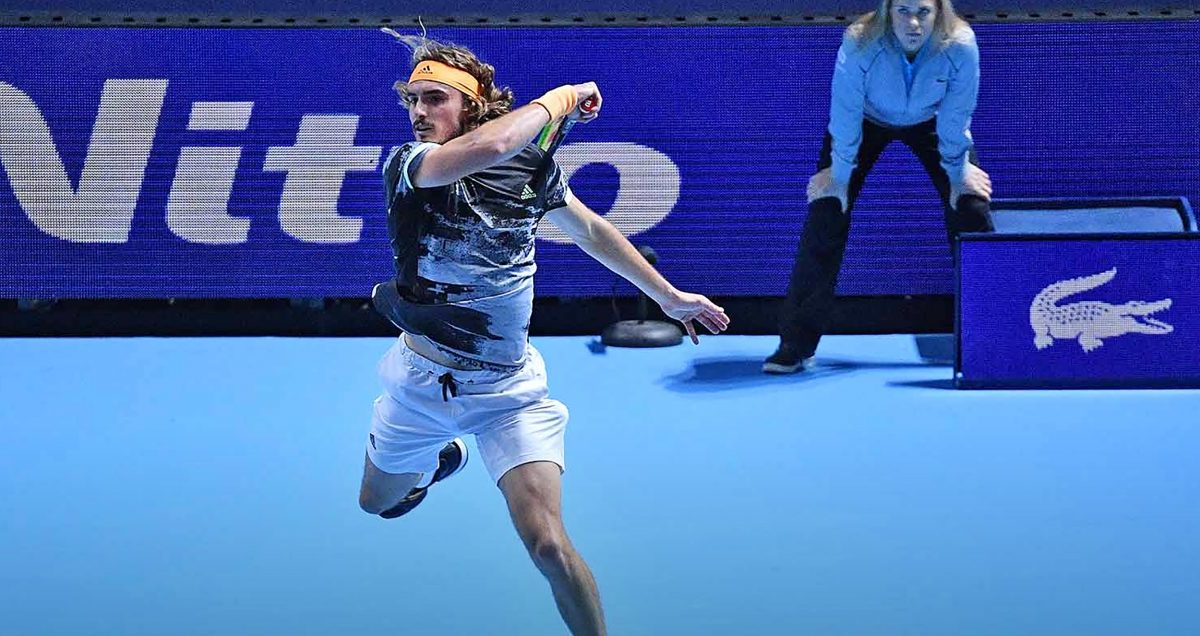 Stefanos Tsitsipas broke further ground in his debut at the ATP Finals as the Greek stunned six-time champion Roger Federer 6-3, 6-4 on Saturday to reach the London final.

Federer, who claimed his most recent trophy here in 2011 and last played the final four years ago, got off to a slow star against an opponent 17 years younger – the largest age gap in the tournament’s history.

Tsitsipas paid his respects after defeating the Swiss legend in 96 minutes with an ace on his first match point.

“It’s not easy to copy Roger,” the 21-year-old said, “This guy does magic on the court.

“I’m just trying to do half of what he does.”

Tsitsipas frustrated Federer on break points, with the Swiss finally saving one on his 10th chance early in the second set of a match where he lost his own serve three times.

“I grew up watching Roger as a kid,” Tsitsipas said. “I was watching (on TV) when he played here and at Wimbledon finals.

“Today I’m here living the dream, I always wished I could step out and pay him, but I could never picturing myself doing it.

“But wow, I’m so proud of my performance today, I enjoyed my time on court. In matches like this you wonder how you overcame all the difficulties.”

“Roger played well this week, he’s an inspiration, as always.

“(Playing him) is the biggest honour I can have, this was one of my best matches of the season.

“It did happen – dreams can come true.”

The 38-year-old Swiss failed to convert on a set point – which will likely weigh heavily; he later failed to win either of the two break points Tsitsipas faced as the youngster served for victory.

The Greek earned a match point from a Federer return long and promptly fired a sixth ace to clinch the win.

Federer had been hoping to reach an 11th year-end final but he can still take a few positives away from the loss to Stefanos Tsitsipas at the ATP Finals on Saturday which has ended his official season.

The 38-year-old Swiss, who owns six title at the year-ender, admitted he lost out on many chances against his rising Greek opponent in their London semi-final.

“I don’t know exactly why it went the way it did,: Federer said. “I think getting broken with missing two smashes in one game, that hasn’t happened in a long, long time or ever.

“That was tough, it’s not something you can train or practise for. The feet were not quite there yet.

“But  God, I accepted it and moved on and actually got into the match well.”

Federer was coming off a Thursday group match demolition job on Novak Djokovic, but was unable to maintain his devastating form less than 48 hours later.

“I had some good spells, but when things were not working well, they were pretty bad.  At this level, you just can’t have it happen, that was pretty disappointing today.”

The 20-time Grand Slam winner added that Tsitsipas deserved the victory thanks to flawless play.

“He didn’t double fault, he didn’t do anything silly, and he’s tough as nails.

“But, look, I’m frustrated (that) I couldn’t play better, and when I did and fought my way back, I threw it away again.”

Federer came up short in a 13-minute final game of the first set featuring eight deuces and seven set points for Tsitsipas – who also saved a Federer set point.

“He came up with the goods when he had to, and he was better than me today.”

Federer added: “It’s the year-end. It’s over now and I can’t make it better. I tried everything I could, to be honest.

“But of course with his aggression, it’s not always easy because he always takes the ball very early himself too.

“I knew he was going to be incredibly athletic. He was just a little bit better today at all those little things.”

Federer’s exit comes after 2019 No. 1 Rafael Nadal was also kept from a semi-final place along with Djokovic.

“But we are not getting any younger. So chances increase not because we are getting worse but because they (the NextGen) are getting better, I believe.”

Despite the heartache of a major loss, Federer sounded ready to soldier on into 2020, which will only start for him at the Australian Open after pulling from the new ATP Cup in early January.

In the meantime, he and Alexander Zverev are off to Central and South America next week to start a quick-hit exhibition tour expected to generate millions of dollars in appearance fees.

“(Winning’s) not maybe as easy as it was maybe 10, 15 years ago where you’re just going to play very good day in, day out,” the icon said.

“Maybe you need to do extra effort sometimes for that to happen. Maybe that’s what it felt like today is just things were complicated.

“I’ve got to maybe do even a better job at figuring these moments out, because the opportunities were there today. They were there in other moments as well this season, maybe Indian Wells or Wimbledon (lost to Djokovic holding two match points) or whatever.

“That can change an entire season around, the confidence around, the flow of things. But, you know, I’m happy how I played this season, and I’m extremely excited for next season.”

In the evening match Dominic Thiem ended the reign of Alexander Zverev 7-5, 6-3 to line up on Sunday against Stefanos Tsitsipas in the trophy match..

Thiem added the defending champion to a victim’s list this week which also included Roger Federer and Novak Djokovic.
Thiem claimed the opening set on a double-fault from Zverev and broke for 4-2 in the second on his third chance of the game.
Zverev was off the boil at the worst time after his title success here a year ago.

Thiem becomes the first Austrian to play a year-end semi-final, with predecessor Thomas Muster competing four times but never getting past  the preliminary stages.

Thiem leads Tsitsipas 4-2 in their career series.
“This is a big dream coming true for me,” Thiem said in victory. I have the chance to play the final in one of the most prestigious events we have on the Tour.

“It’s all unreal to me, I’m very very happy.. This is an achievement.

The 26-year-old owns five trophies already this season, most recently winning his home tournament in Vienna for the first time.
“The final will be between two offensive players,” he said. “Tsitsipas is attractive to watch, I’m looking forward to playing him.
“I’m just happy to get another chance to play here. I’ll give everything tomorrow, it’s the last match of the season for me.”
Share:
Facebook0Tweet0LinkedIn0Pin0 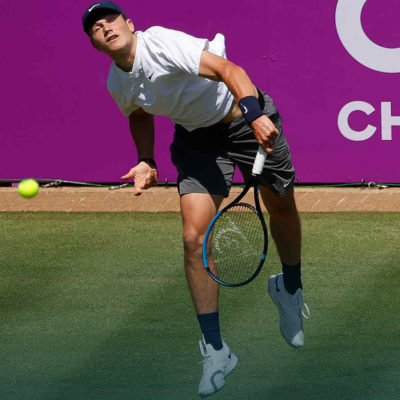 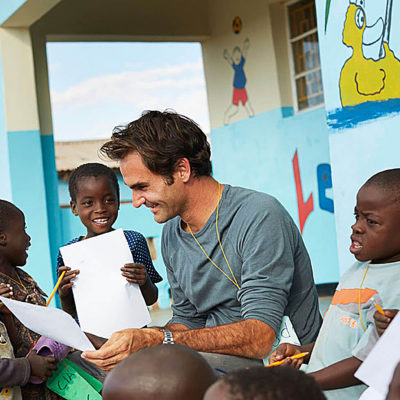