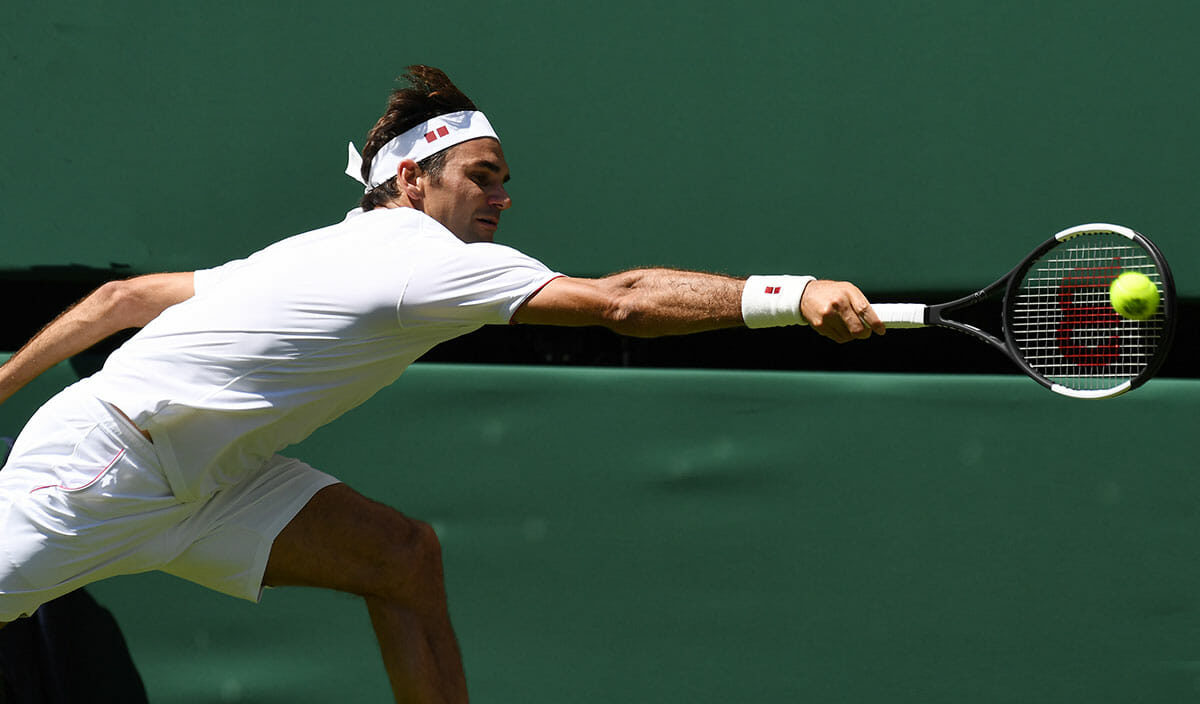 Roger Federer celebrated Day 1 of his new clothing contact with Japan’s UNIQLO by fulfilling a dream as a young fan received a headband from the post-match bag of the eight-time Wimbledon champion.

Federer responded favourably to a neatly lettered sign asking for the treasured souvenir which was being held up by the youngster just behind his court chair after the top seed had debuted his new apparel look in an efficient 6-1, 6-3, 6-4 defeat of Serb Dusan Lajovic.

Amid a flurry of autograph signings at courtside after gliding into the second round at the All England club. the 20-time Grand Slam champion and winner of eight Wimbledon trophies dug deep into his bag and handed over the precious strip of fabric.

[quote]“The next thing, they’ll be asking for watches, cars… ” the 36-year-old joked after taking the near-effortless victory in front of his own four children in 79 minutes.[/quote]

Federer, who revers the grass tournament, was playing in his 20th consecutive edition at his most productive major – the only man in the post-1968 Open era to achieve that kind of longevity. 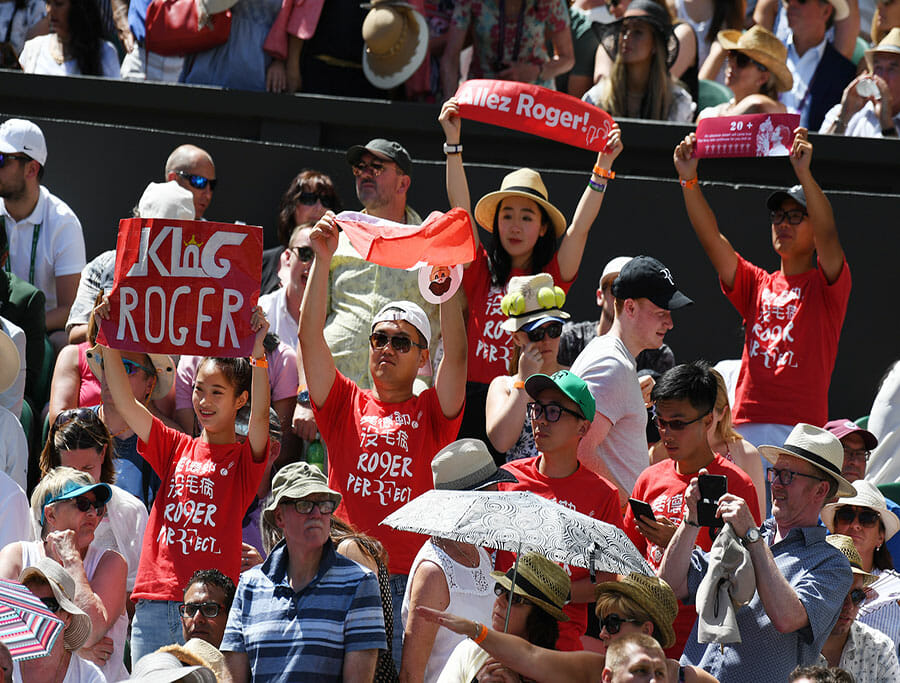 He opened the fortnight’s play on Centre for the ninth time, playing in the traditional champion’s slot after also appearing there in 2008 when holder Rafael Nadal was out injured. Fedrer has not lost in the first round of a major since Roland Garros a decade and a half ago.

“I’m very happy, I felt good from the start,” Federer said after improving his record in Grand Slam first rounds to 67-6 – with 58 of those victories completed in straight sets.

“I felt right at home on the court again, I got an early break in each set and was able to bring it home. “I was focussed and can be very happy.” 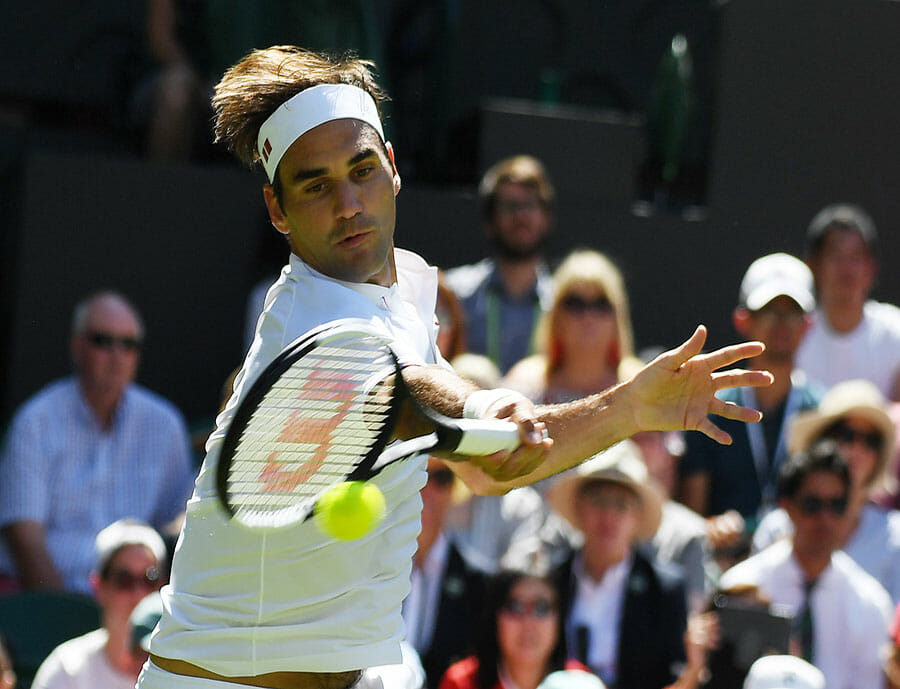 Federer did admit to a slight case of nerves building up over the previous few days: “Once the draw came out, I thought about it more and more.

[quote]“I had nerves throughout the body, you’re excited, you feel privileged to be there. It hits you when you walk out , it’s like a final,” he said of opening day in the showpiece spot.[/quote]

The man Federer defeated for the title a year ago, third seed Marin Cilic, advanced past Yoshihito Nishioka 6-1, 6-4, 6-4, taking an hour and three-quarters.

Cilic came in with momentum from a Queen’s title over Novak Djokovic, logging 21 aces to go past his Japanese opponent.

Nishioka, ranked 259, is still on the comeback after major 2017 knee surgery and has yet to win a Wimbledon match in two main draw appearances. American Sam Querrey, last man to play Andy Murray at the event in 2017 before the Scot’s hip troubles, reached the second round over Australian Jordan Thompson 6-2, 6-4, 6-3. 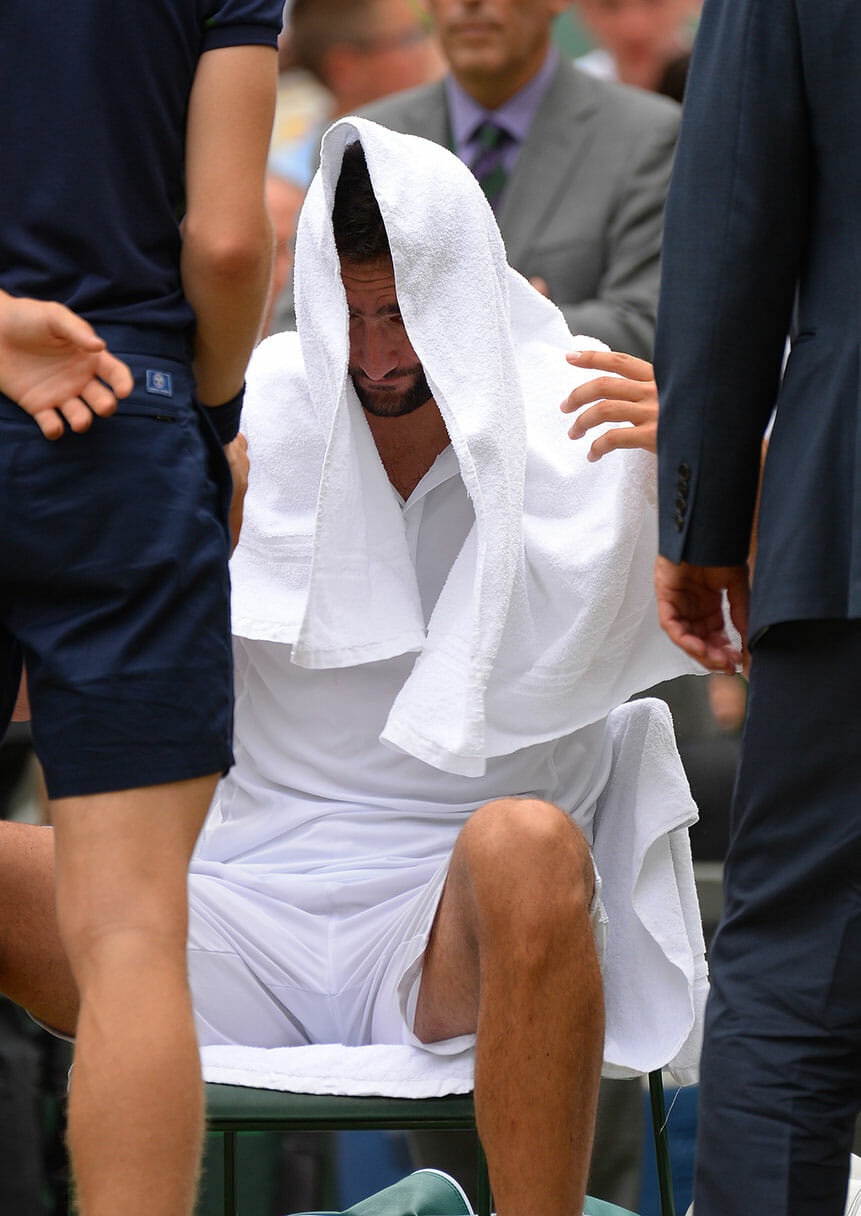 With Heatwave Britain temperatures heading into the low 30s Celsius for the day, quicker matches were the preference, though Cilic was not bothered either way.

“I’m dealing all right with the heat because it’s quite dry. Usually the points are not too long, so it doesn’t bother us much,” he said. “I usually like to play in heat.

“It’s been really great summer, so enjoying it, and I hope it stays like this.”

Cilic said that humidity combined with a high mercury level at the US Open made that event much more draining than a pleasant week of extended sunshine over London.  “I feel here is quite comfortable, even though it’s hot and it’s not so easy, but it’s not too bad,” Cilic said. 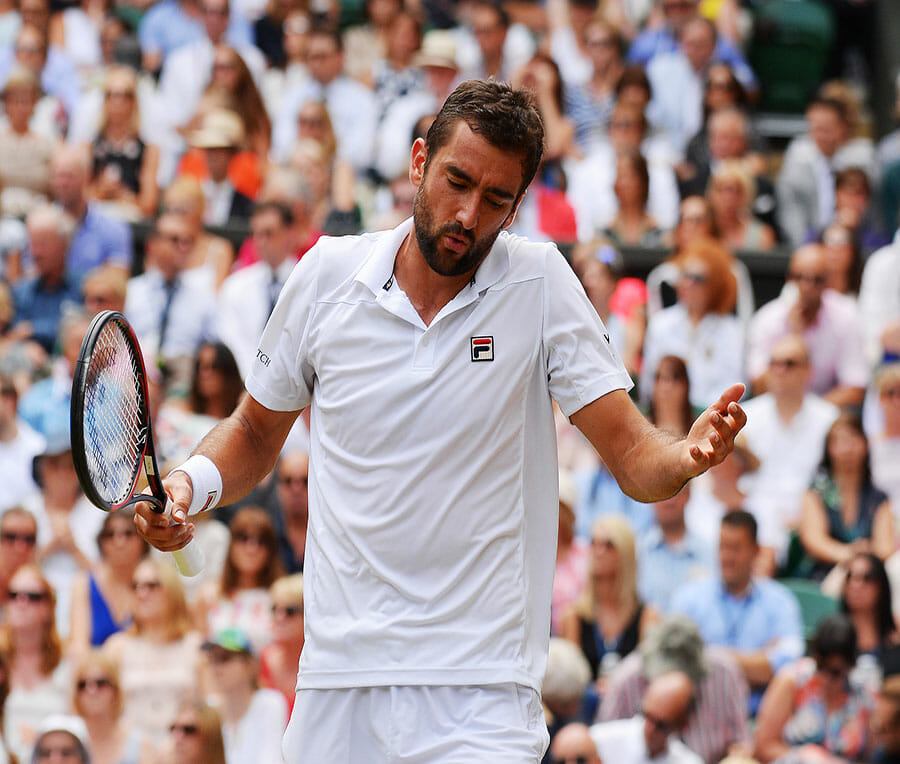 The recently married Croatian, the 2014 US Open champion, said he did not mind his opening Court 2 assignment.

“My favorite memory would be last year reaching the final. That moment of celebration and realising that I’m going to be the first in my final and playing for the trophy. .

“You grow up always dreaming that you’re going to be one day playing at Wimbledon and of course, playing for the trophy.”