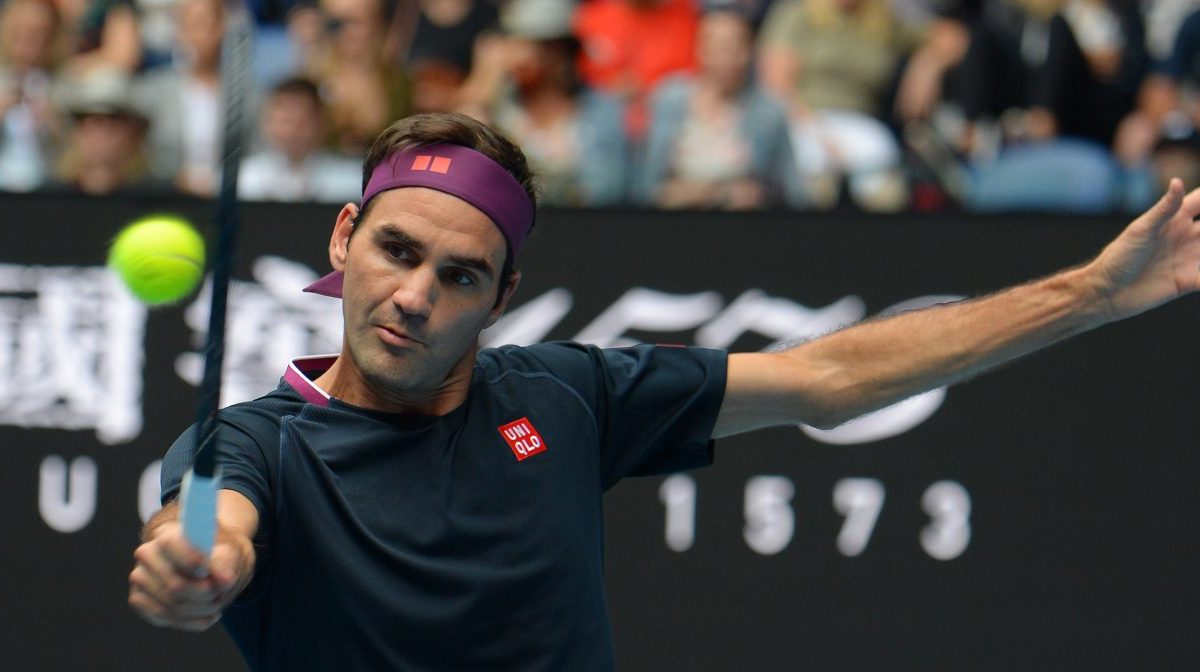 Facebook0Tweet0LinkedIn0Pin0
AUSTRALIAN OPEN DAY 1
Roger Federer celebrated the start of his 21st Australian Open on Monday as the Swiss third seed administered a 6-3, 6-2, 6-2 beatdown to American journeyman Steve Johnson.
The 38-year-old icon seeking his seventh trophy at Melbourne Park concluded the business under the Laver roof as rain interrupted matches on outside courts, washing out play.
Federer’s opening win meant that he now owns the record for most men’s singles appearances here in the Open Era, ahead of Lleyton Hewitt.

“I’m very happy with this win, it’s nice to be back in Australia,” the 20-time Grand Slam champion said.

“It was a good first round for me, I set up nicely for the season with a solid training block. I’m happy that showed up well on court today.”
Federer won his 98th match at the event against just 14 losses; he stands 358-58 overall at the majors.
He sent over 10 aces and saved the lone break point he faced, while breaking Johnson five times in a first Tour match since November at the London year-end finals.

“The first three rounds are key get going, to get used to the pressure: stay calm, (to know) when to save breakpoint or 30-All points,” Federer said.

“These are the unknowns that can be a little bit scary at times. But today there was none of that.”I broke early each set and was able to get on a roll, play freely after that.

“Anything I was doing I felt like I had the game under control. That might not be the case in the next round.”

The 67th-ranked Hungarian Marton Fucsovics saved 13th seed Denis Shapovalov any further aggravation about the possible return of poor air quality as he upset the Canadian 6-3, 6-7(7), 6-1, 7-6(3).
Shapovalov had been one of the most vocal critics of the decision last week to play qualifying rounds in the noxious atmosphere reeking with smoke from Australian bushfires.
At one point, Shapo said he would prefer to forfeit than risk his health in any poor atmospheric conditions.
The Canadian never really got into the match, earning a code violation for racquet abuse in the third set.
He tossed away a a 4-2 lead in the fourth and eventually lost a tiebreaker to exit.
“I played really nervous today. I was in  good shape, really good conditions going into the tournament. But I just played really tight,” Shapovalov said.
Brit Dan Evans completed his first fightback from two sets to love down in a first-round defeat of American MacKenzie MacDonald 3-6, 4-6, 6-1, 6-2, 6-3
and next plays Japan’s Yoshihito Nishioka next for a potential third-round against defending champion Novak Djokovic.
Share:
Facebook0Tweet0LinkedIn0Pin0