Roger Federer says he cannot wait to get on court to play Serena Williams next Tuesday as the world No.3 readies himself for another title at the Australian open title.

The 37-year-old has enjoyed a remarkable resurgence over the past two years, and he hopes his late-career bloom will continue in 2019.

Federer sat out most of 2016 with a serious knee injury but he then won the Australian Open and Wimbledon among seven tournament wins in 2017. 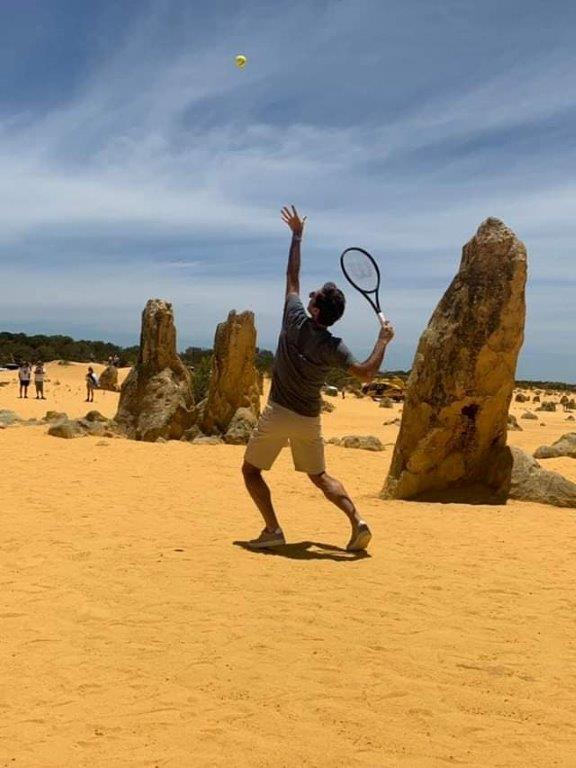 He added another Australian Open crown earlier the year to take his career grand slam title tally to 20.

Federer arrived in Perth, Western Australia yesterday to begin the warmup to the 2019 edition in Melbourne, saying he loves the laid back lifestyle of the west coast.

He even travelled to the famed Pinnacles national park – 2 hours north of Perth – as part of a tourism boost for the region, playing tennis with locals from the nearby town of Cervantes.

“I’m a big fan of road trips. One of my dreams when I retire and I have time is to travel Europe extensively and also places like this. And it’s nice to be at the Pinnacles today, it looks amazing — like being on the moon,” he joked.

The Hopman Cup has been Federer’s perfect launching pad over the past two summers, he won the mixed-teams event alongside Belinda Bencic last year. 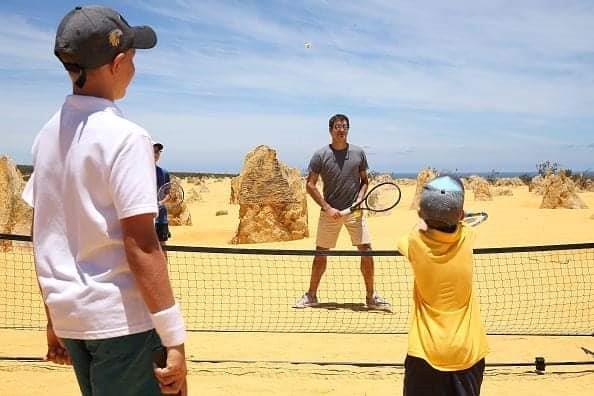 And the veteran hopes he can repeat the dose next week. “I hope that again it will be the start of a great season for me, because the last two seasons have been crazy good for me,” Federer said.

“I would never have imagined that kind of return. I’m just very happy things are going so well.

“The Hopman Cup is a good place for me to start the season with, and I’m hopeful that’s going to be the same again this year.”

Federer has put no end date on his career, leaving the door wide open to play on in 2020.

And he’s doing his best to downplay expectations of what he can achieve over the next 12 months. 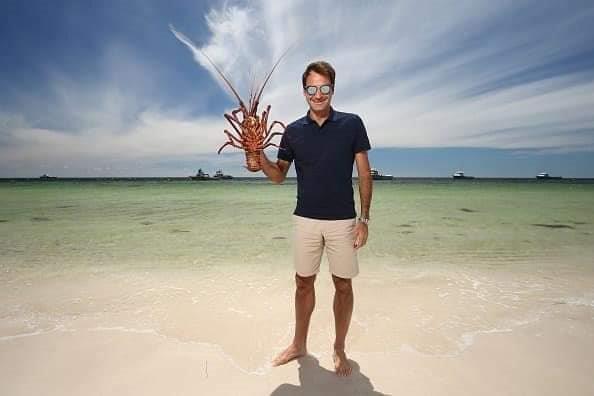 “I think with my age people know that if I did something extraordinary … that would be amazing,” he said.

“And if that didn’t happen, maybe it’s logical you can’t produce that tennis every year.

“You also maybe need a bit of luck, and the draw to fall your way. A lot of things need to happen to win any slam, for also the top four guys.” 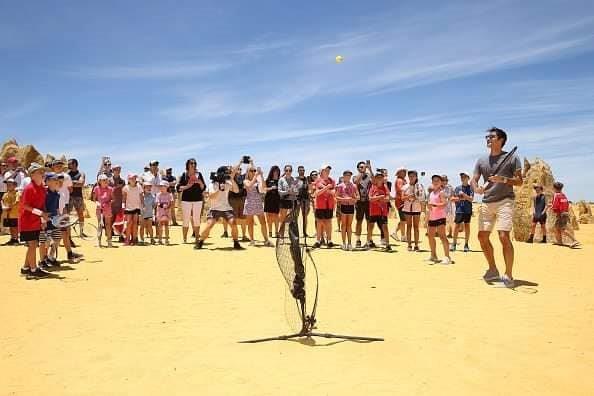 season’s Hopman Cup is set to be one of the biggest ever, with 23-time grand-slam champion Serena Williams also a confirmed starter.

Williams, who arrives in Perth on Saturday, will team with rising star Frances Tiafoe to represent the United States.