Are we seeing the Rafale Nadal finale?

Is his career coming to a close – or at least is his dominance on clay is at risk as the 11-time champion struggled early on in Barcelona the week.

Rafa admitted in an interview he was struggling to overcome a knee injury. “We are having complicated times,” he said.

“You have to try to take the path to improve. I’m not at my best in recent weeks.

“I have come back from a physical problem, they have been accumulated in recent months, all these interruptions end up affecting you physically and mentally and little by little you have to recover all of that.

“There are always doubts, the doubt is good, but I hope that I will have good times again.”

Nadal was stunned by Fabio Fognini in straight sets in the semi-finals of the Masters 1000 tournament in Monte Carlo 10 days ago and was equally honest in his assessment.

“I probably played one of the worst matches on clay in 14 years,” he said.

“When that happens, you have to lose. And I deserved to lose because I played against a player that was better than me.”

So where – oh, where – does that Nadal heading towards the French Open in just a few weeks.

Let’s take a quick look back over the past couple of months before look forward and start making rash predictions.

He arrived in Monte Carlo claiming he was unaware of his physical condition after a one away from the game.
A knee injury – the latest in a long list – had forced him to withdraw from the Indian Wells semi-final against Roger Federer in March.

He then withdrew from the Miami Open.

Now, remember, he has not won a title since his victory at the Rogers Cup in Toronto last August.

It is clear from Barcelona he is still struggling and time is running out.

There’s now a one-week break from competition before the Madrid Open. Then the Italian Open ahead of the French.

And Roland Garros is Fortress Nadal. He has lost just two matches in 88 encounters there.

With or without a troubling knee he is still a threat – especially when others around him also lack consistency.

Dominic Thiem was thought a successor, but he too is not on form.

And a forgotten man on clay…

The clay court campaign has another intriguing complexion this season with the return of Roger Federer.

The Swiss is scheduled to make his return to the surface in Madrid after skipping the clay schedule for the last two seasons.

As we go to press, Rafa is still there in Barcelona – but age does eventually catch up with all athletes.

DON’T read too much into it, but it was intriguing to listen to the moment sox Novak Djokovic this week suggesting Grand Slam venues could move around the world.

The Serb said he thought the French Open could take place in Rome, for example, and not in Paris. “Everything in life is possible, and I have learned that in my experience,” he said.

“But Grand Slams have historically been “the” biggest tournaments that this sport ever had and still has. They’re over 120-plus years old, and we, of course, have to respect the history and tradition and everything.”

Djokovic was discussing, in a wider sense, the role of the ATP and how it could expand the game.

“We have to balance it with the evolution of the sport,” he said.

“You know, ATP obviously is not the governing body of the Grand Slams. They are independent entities, so you have to communicate independently with them and try to figure out ways to, you know, to improve not just the tournament but the overall feeling of players in the tournament.

Djokovic said he believed the ATP, on many levels. was failing the game.

“I really have lost my trust in the structure,” he said.

“I don’t think it works well for tournaments or players most of the time, and we have to face it, it’s a reality, we have different interests, the tournaments and players.

Calls for change within the entity might help but clearly the World No.1 is looking for more than tokenistic compromise. 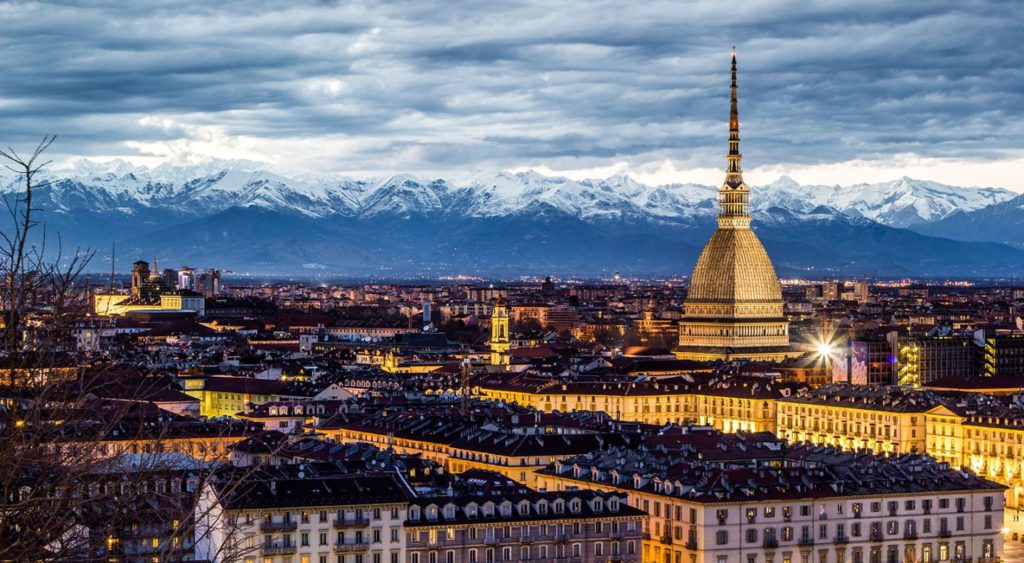 AS we predicted last week, its bye bye London and hello Turin.

The Italian city’s Pala Alpitour Stadium was named on Wednesday as the new venue for the ATP Finals for 2021-2025.

The ATP said in a statement that Turin was picked ahead of Manchester, Singapore, Tokyo and London, marking the first time in the tournament’s 50-year history that it will be staged in Italy.

Pala Alpitour, opened in 2005 for the Winter Olympics, is Italy’s largest indoor sporting arena, with a seating capacity of 12,350.

“Italy provides us with one of the strongest and most established tennis markets in Europe and has a proven track record for hosting world class tennis events,” Chris Kermode, ATP executive chairman and president, said in a statement.

For the record, Turin will become the 15th city to host the event, which since starting in Tokyo in 1970 has had a 13-year stint in New York, a six-year stay in Frankfurt and spells in Hanover, Lisbon, Sydney, Houston, Shanghai and London.

ANDY Murray still makes the news when he does nothing.

The British former world No.1 is currently attempting to make a comeback following hip surgery – and all seems to be going in the right direction.
Nothing much to report. We’ve had the news the op was a success, the instagram golf shot and a few other positive notes, but the British media are anxious for a story.

So anxious this week they reported his mum Judy saying what she said last month, and the month before: that she was hopefully her son would make a return to the sport “sometime this summer.”

The London Mirror, reported her oft-quoted comment again this week after it found there was little else to report.

Memo tennis writers: Give Andy some space and when he’s ready he’ll tell you.

WIMBLEDON chiefs and their PR people have been forced to drop their traditional strawberry and cream adverts from the London Underground – after it was found to “violate” new rules on promoting fatty foods.

Banned foods include breakfast cereals, yoghurts, cakes, pizza, bread and sausages – and cream. In a leaked email a contractor for the underground service wrote: “There are some strawberries and cream by Wimbledon. Can we just remove the cream?” Apparently not.

Christopher Snowdon, of the Institute of Economic Affairs, told London’s Daily Telegraph: ‘This ban was sold to the public as a clampdown on junk food advertising. We can now see that it extends far beyond junk food and even includes non-food advertising.

As a result, they have had to spend thousands of pounds airbrushing perfectly harmless images to comply with its own puritanical rules.”

Amazingly, the ads were first edited and then removed, at a cost to the taxpayer of £16,155.

What a bizarre, politically correct, crazy world we now live in.

AND finally … “Why does she want us to play best of three? We’re happy playing best of five.”

Yes, the pay gender debate rumbles on after Victoria Azarenka suggested men only play three sets instead of five at major events.

The quote is from Rafa Nadal in response to the Azarenka tweet, with the Spaniard dismissing the idea.

There have been suggestions that women should switch to five sets in Grand Slams to match the men, and counter the pay arguments.

But Azarenka believes three sets for men would be a benefit.

For the record … All four majors, as well as big tournaments like Indian Wells, have awarded equal prize money since 2007.