FBI onsite at Indian Wells due to social media fears 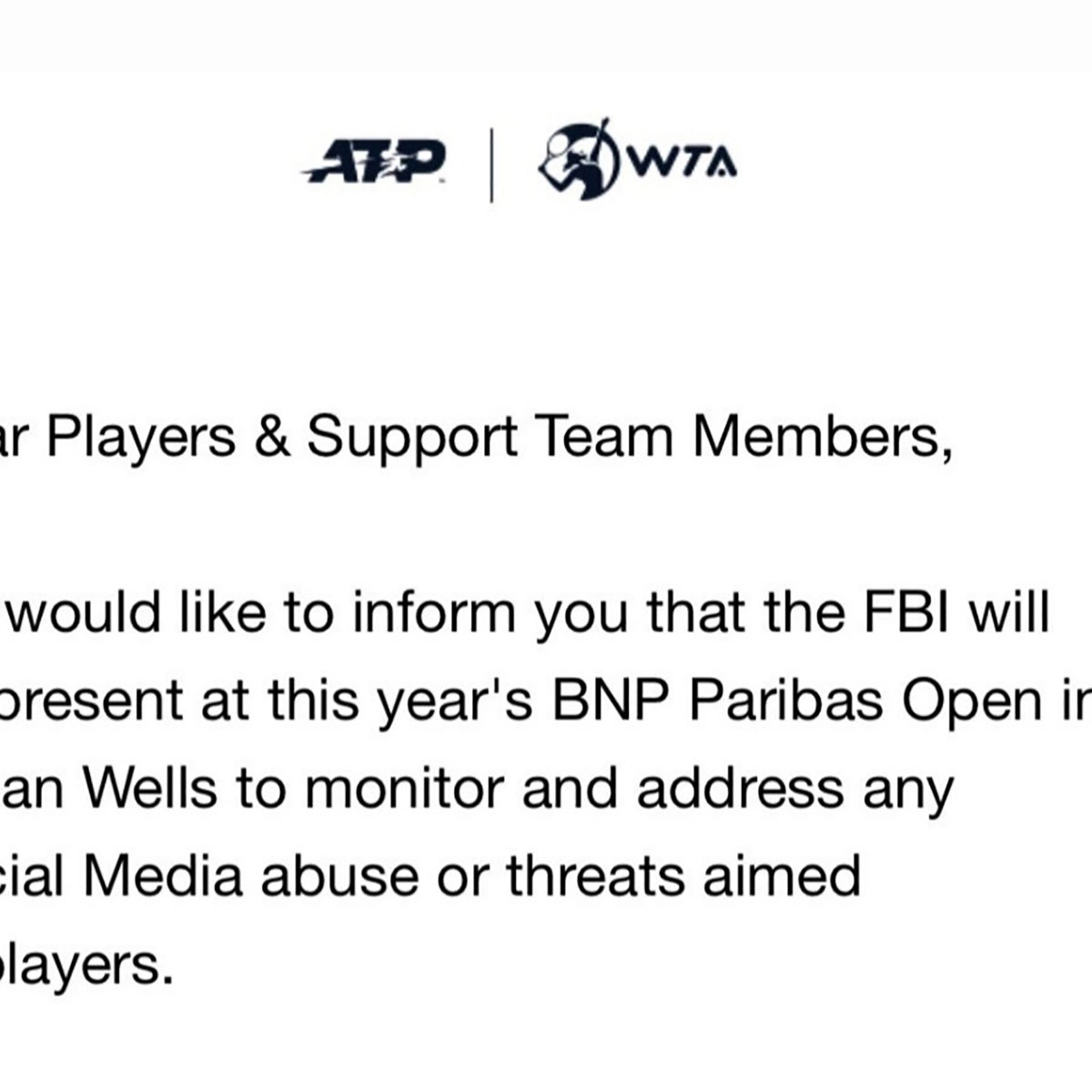 Recently players such as Madison Keys and Sloane Stephens have spoken about this, Stephens saying she received over 2,000 messages of abuse after the US Open 2021

There will now be the presence of the FBI to monitor and also address the subject with the tournament due to start Thursday 7 October with the finals Sunday, 17 October.

.Keys, the current World No. 48 has spoken out stating the parent companies are not doing enough to address the situation of online abuse received over social media.