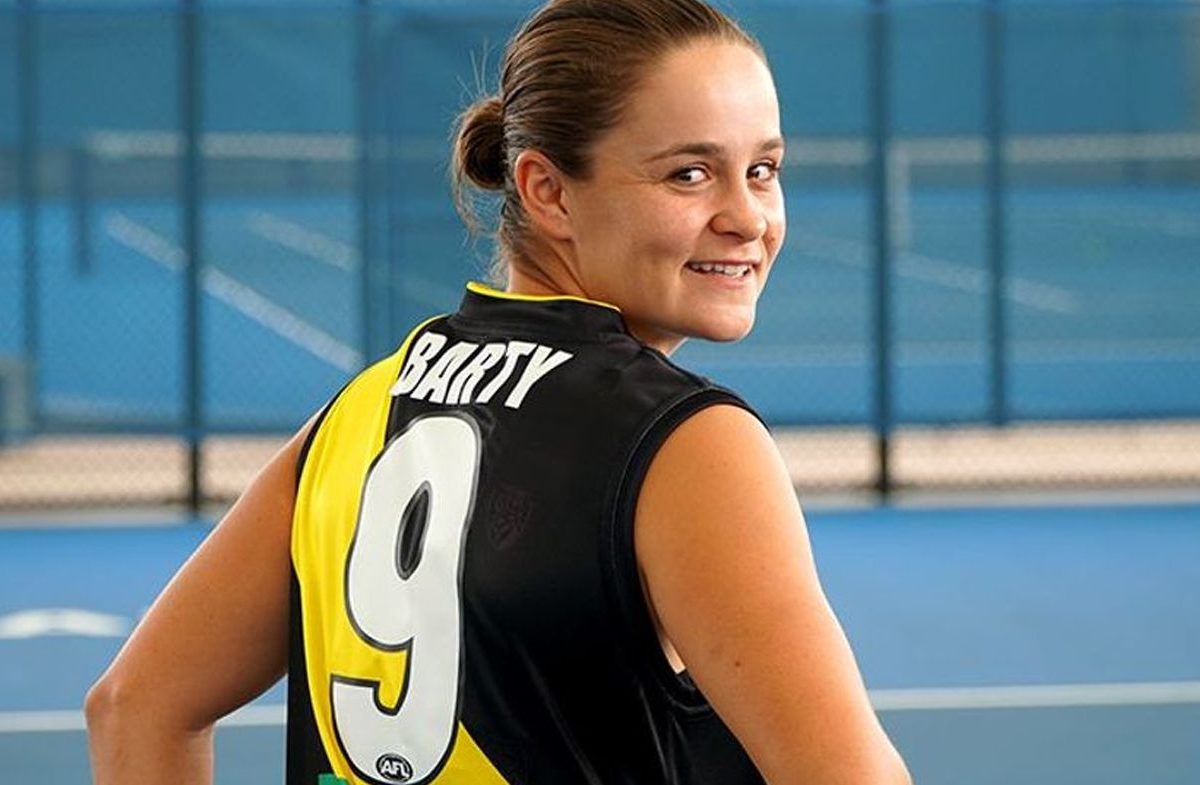 Social media was awash with congratulations for world No. 1 Ash Barty after she presented the AFL championship trophy to the Richmond Tigers in Brisbane on Saturday night.

The Aussie Rules grand final was won by the Barty’s team over the Geelong Cats, the first time it has been played outside Melbourne, because of the COVID-19 lockdown in the state of Victoria.

Barty’s nomination to present the trophy was divisive earlier in the week, but as a lifelong Tigers fan living in Queensland, to most it was a clever choice.

Ans she didn’t disappoint with fans after there game saying it was ‘all class’ from her as she handed over the trophy to the Richmond captain.

“Seeing @ashbarty hand over the Premiership cup to Hardwick and Cotchin is awesome,” one fan tweeted.

“Such an avid Tigers fan, she carries them all over the world. Now she gets to present them with the greatest honour in the sport.”

“The real reason I watched the AFL grand final … Ash Barty,” wrote another.