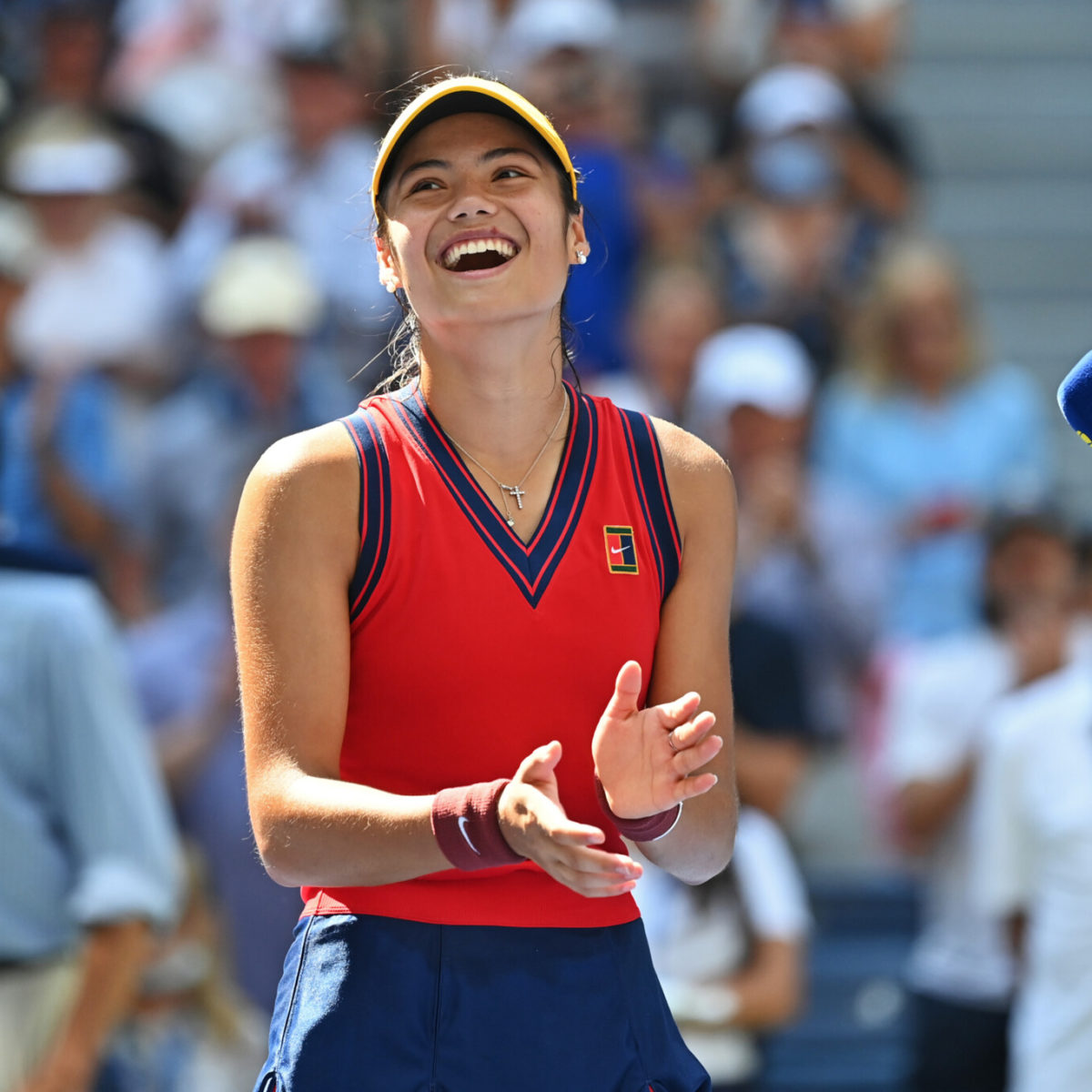 Judy Murray, mother of former No.1 Andy Murray, has dubbed Raducanu as a “Teen Queen”.

Raducanu is the first qualifier to reach a Grand Slam women’s singles final in the Open era after her defeat of Maria Sakkari in straight sets at Flushing Meadows.

British Prime Minister Boris Johnson tweeted his congratulations and said: “The whole country will be cheering you on in the final.”

Former US and UK Broadcaster Piers Morgan tweeted “WOW!” along with applause and fire emoji in reaction to her semi-final win and rock star Liam Gallagher of Oasis joined in the congratulations with a tweet: Can u dig it congratulations to Emma Raducanu.”

Raducanu meanwhile talked after her amazing win of her resilience in maintaining her performance throughout the tournament, where she has yet to lose a set.

“I knew I had some sort of level inside of me that was similar to these girls, but I didn’t know if I was able to maintain it over a set or over two sets,” she said.

“To be able to do it and play the best players in the world and beat them, I honestly can’t believe it.

“It’s been extremely difficult because they always fight, they have so much experience which they use. I’m just so, so proud to have come through very tough moments in all of my matches”.

Raducanu’s road to the US Open final: