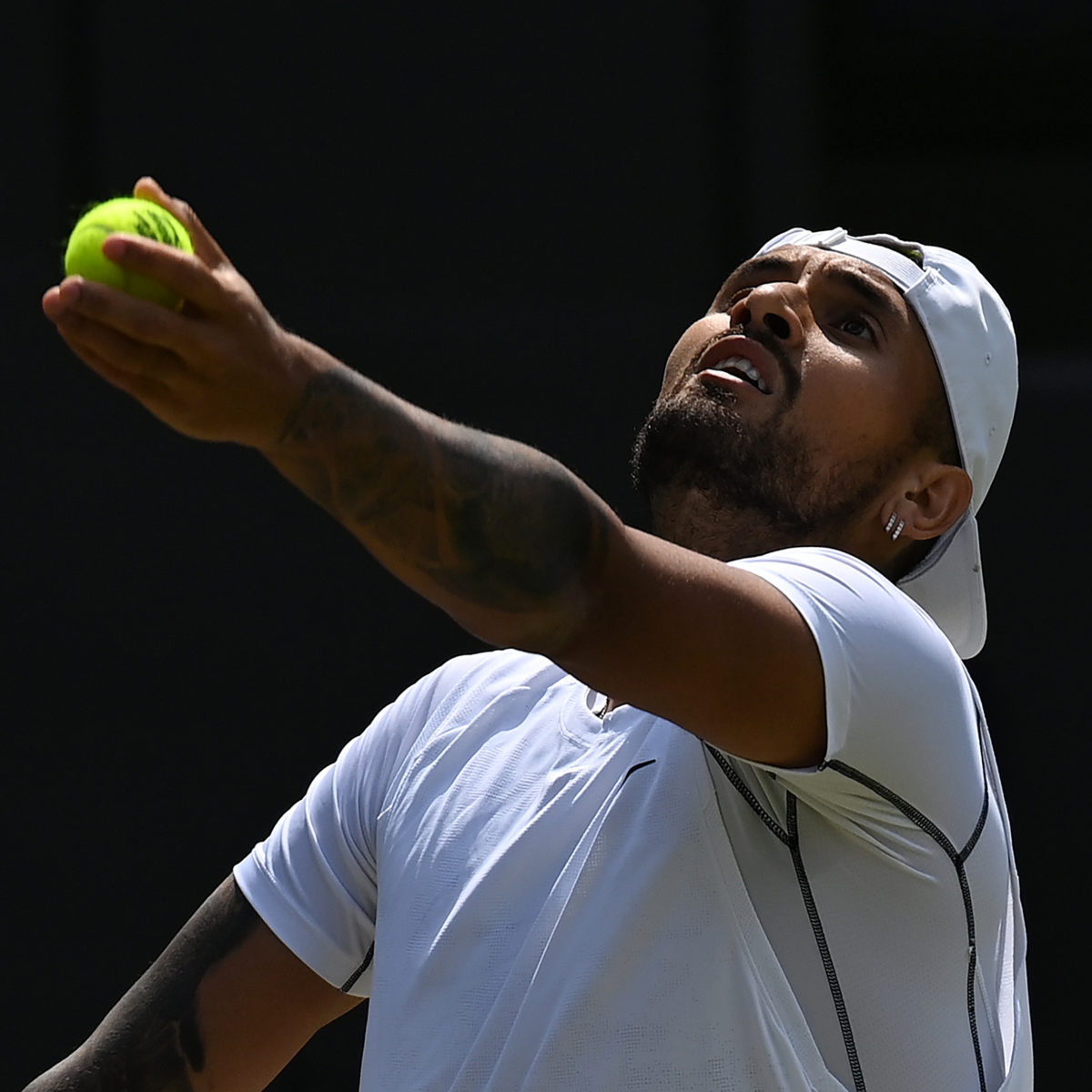 Nick Kyrgios has opted out of Australia’s Davis Cup team with Alex de Minaur given the job of leading his country in Hamburg, Germany next month.

Kyrgios, who hasn’t played in the event since 2019, said he had pulled out because of family commitments, how mum is currently in hospital and his dad is also unwell.

‘It’s hard because even travelling now, my mum is in hospital at the moment, my dad hasn’t been very well, my brother just had a baby and I don’t get to be there with my family when normal people would like to be with them,’ Kyrgios said.

Kyrgios wrote a message to his family on a TV camera after beating Daniil Medvedev, writing: ‘Be strong Ma’.

“There’s a lot of things people don’t see. They only see me winning, losing, throwing a racquet, doing those things,” he added.

“They don’t really understand the challenges that I face or what people on tour face, what’s going on in their personal lives.”

Team captain Lleyton Hewitt has included Thanasi Kokkinakis as a singles option for the group stage, alongside world No.20 de Minaur.

Australia is drawn in Pool C with Germany, France and Belgium in the event, from September 13-18.