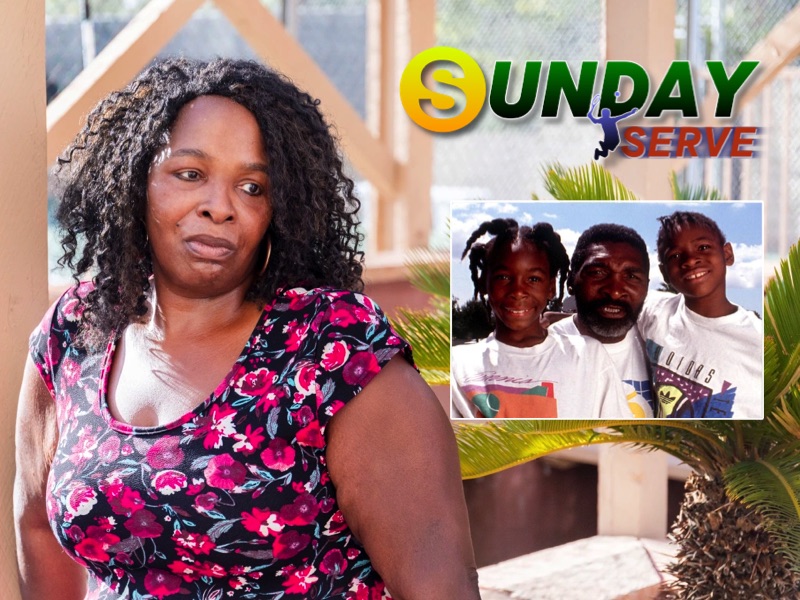 HOLLYWOOD icon Will Smith has admitted showing Venus and Serena Williams the “King Richard” preview was “one of the worst two hours of my life.”

Smith, who appeared on the UK’s Graham Norton Show on Friday, produced the biopic of the sisters and their father.

“They wanted to see the movie before they decided if they would put their names to it,” he said.

Smith had previously worked on a movie biopic of legendary boxer Muhammad Ali, and added that he hade the mistake of watching that movie sitting behind Ali, which was not a great experience after Ali asked his wife “was I that bad?’

Smith said the decision to take on the role was an “opportunity to dive into the life of this family and spend time uncovering their amazing story”.

“He predicted Venus and Serena being the world’s number one and number two women’s tennis players two years before they were born! He wrote a 78-page plan,” Smith added.

“It was a really crazy prophecy and so amazing it’s hard to comprehend.”

The movie has already been tipped for an Oscar nomination.

But … a family feud has blown up over the movie as Sabrina Williams, the eldest child of Richard Williams, by his first wife Betty Johnson, has hit out at the ‘economical truth’ of the movie.

“I get it, every movie is slightly economical with the truth, but because it’s Venus and Serena, nobody is going to put anything bad about them or make it seem like they were part of something bad,“ the eldest Williams sibling told the London Sun.

Sabrina said that Will Smith (who also produced the movie) and director Reinald Marcus Green should have done more research instead of filming a ‘biased’ version.

She also criticised director Reinald Marcus Green, asking how could he make a film that doesn’t involve anyone from the first half of Richard Williams’ life?

“It’s a comedy, no? How can you make a movie by telling half the story? I just need to see it now because I didn’t realise how hysterically funny it would be. One of the things I’m gonna have to do is not laugh out loud in the auditorium as I know the full story” she said.

When Sabrina was eight he allegedly walked out on the family.

Sabrina, who now lives in Las Vegas and works as a hospital chaplain, says she has only met her half-sisters once ‘by chance’ in California.

“I don’t think I will ever meet Serena or Venus another time,” she said.

“I know who I am and what I am, I know what is fair. Barely 150 players make a living from tennis in the men’s and women’s categories. Give me any other sport in which this is the case. It is precisely for these boys and girls that we stand up,” Djokovic said.

Osaka posted a similar message of Shuai’s disappearance on her Twitter account, which was deleted in China as well.

“Hey everyone, not sure if you’ve been following the news but I was recently informed of a fellow tennis player that has gone missing shortly after revealing that she has been sexually abused,” she wrote.

“Censorship is never OK at any cost, I hope Peng Shuai and her family are safe and OK.”

FORMER world No. 1 Jim Courier believes Emma Raducanu could at least make a semi-final at a Grand Slam next year.

“Who is to say that she won’t make a deep run,” Courier told Tennis Channel.

I can easily see a semifinal for her next year and maybe further but I think the semis is a good benchmark if I am on her team to target.”

Meanwhile, British tennis star Durie said she knew Raducanu was talented but she never expected her to win the US Open.

“It really has had an impact on a lot of people,” Durie said.

“What I saw in Emma in recent years is someone who I knew was going to be very good, but to win a Grand Slam like that, no I didn’t see that happening.

“This was someone who didn’t play much at the start of this year, had not even played a match on the WTA Tour and then she played in the manner she did at Wimbledon before we all saw what happened at the US Open.

“That was not on anyone’s radar, but we can all see the talent there.

“She works hard, is eager to learn, has a great temperament, so let’s celebrate her success.”

RADUCANU’S US Open win has seen her jump into sixth spot for 2021 tennis earnings – beating former No.1 Naomi Osaka in the process.

The 19-year-old made £2.1 million in career earnings in 2021, with Australian Open winner Osaka in eighth with £1.7 million.

The Japanese star only played one match at the French Open, then withdrew from Wimbledon in July and the US Open.

The No.1 earnings spot through goes unsurprisingly to world No.1 Ash Barty.

World No.1 Novak Djokovic was the highest men’s earner with £6.8 million, followed by Daniil Medvedev with £5.6 million.

China crisis deepens as CNN is shut down

CNN’s coverage of Peng Shuai, the Chinese tennis star who recently disappeared after making sexual assault claims against a Chinese official, was shut down in China last week.

“I want to explain to our viewers what’s happing on our screen right now,” CNN’s “New Day” host John Berman said on Monday.

“They can see an actual live feed of this broadcast in China, but it’s all color bars and it went to color bars the minute you started talking,” Berman said.

“I’ve lost count the number of times over the last eight years in Asia covering China, of how many times CNN’s coverage of controversial issues has been censored,” co-host Will Ripley replied.

“It used to go to straight black, now they’ve upgraded and went to color bars, but nonetheless it is a live real-time example of the censorship that’s happening in the mainland.”

TOILET breaks down the pan – was the best headline of the week after the ATP tightened its rules about player breaks during matches.

The guidelines for the men’s game will limit bathroom breaks to one per match, lasting no longer than three minutes.

Players have often been accused of using toilet breaks as tactics at crucial points in matches with Stefanos Tsitsipas accused of cheating at the US Open by Andy Murray in September.

Tsitsipas had a long toilet break at the end of the second set in that match, then a medical time-out.

Tsitsipas argued that he was not breaking any rules, and at the time he wasn’t.

But the ATP has decided to act, and not before time.

LLEYTON Hewitt has never been backwards in coming forward, so it comes as no surprise he has lashed out the latest Middle Eastern grab of a sporting event – with news the Davis Cup is to move to Abu Dhabi.

Hewitt said organisers were “really killing the competition” after news of the deal broke.

“So if they are going and selling the soul of the Davis Cup to the Middle East for another five years, they are really killing the competition,” he said.

“It’s not what Davis Cup is about.”

“It’s being run by a soccer player and his company so it’s totally different to anything tennis has been through in the past,” Hewitt added.

“The ITF certainly didn’t come to me and ask my thoughts.

“But we didn’t have input four years ago, so I’m not sure it’s going to matter much now.”

Sadly, in sport today – money talks more than ever before.

FINALLY… congrats to world No.1 Ash Barty, who has announced her engagement to partner Garry Kissick.

The Aussie took to Instagram to share the news, captioning a photo of the pair: “Future Husband.”

Kissick is a trainee pro golfer PGA trainee professional, based at Brookwater Golf and Country Club in Ipswich, Queensland, about an hour’s drive west from Brisbane. The pair were photographed embracing after Barty’s three-set win over Karolina Pliskova in the Wimbledon women’s final in July this year.