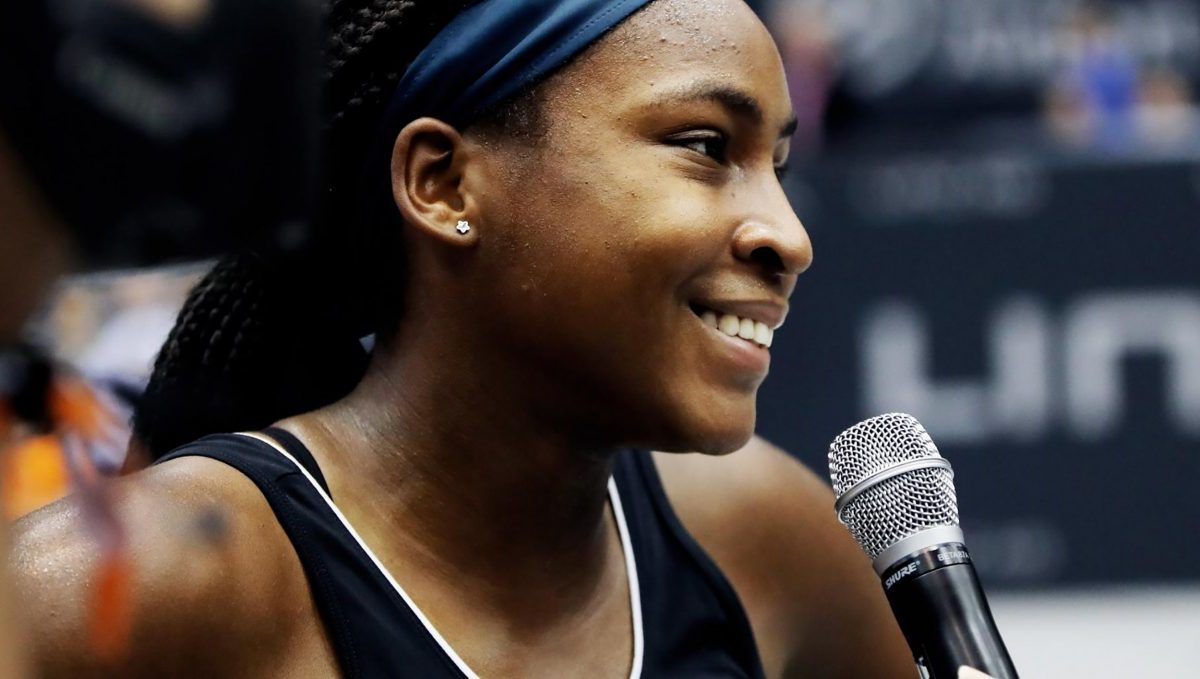 Teenaged sensation Coco Gauff kicked off the start of what promises to be a notable career as the 15-year-old won her first career title at the WTA Upper Austria Ladies event in Linz on Sunday.

Gauff, with her proud parents in the player box during her debut week on the European indoor circuit, won the title over 2017 Roland Garros champion Jelena Ostapenko 6-3, 1-6, 6-2.

The victory in one hour 40 minutes came as the Florida youngster had to recover after dropping the second set against her experienced Latvian opponent, who is coached by former Wimbledon winner Marion Bartoli.

“I”ll remember this day for the rest of my life,” the teenager as she received a long standing ovation from a crowd of around 3,000.

“I had an amazing week and I hope to be back in the future.”

Gauff became the youngest American to earn a WTA trophy since Jennifer Capriati at Toronto, 1991.

She is due to continue her two-week European trip next week in Luxembourg before ending a season abbreviated due to WTA age restrictions..

Among her highlights: a Wimbledon first-round win over Venus Williams before reaching the fourth round and a third-round US Open test against defending champion Naomi Osaka less than two months later.

Gauff only just made it into the Linz field, losing in the second round of qualifying rounds last weekend but brought back when Greek Maria Sakkari withdrew on Monday with injury.

“I never thought this could happen when I went out in qualifying,” Gauff said. “I was 100 per cent sure that I was out of here.

“I was already looking forward to qualies in Luxembourg.

“Last year at this time, I was in a junior quarter-final in Mexico, it’s crazy how much difference a year can make.

“I’ve showed I can hang with the top players,” said the youngster who scored her first-ever Top 10 win in the quarter-finals over top seed Kiki Bertens, ranked eighth.

“Most of the girls I’ve played have been around the 100 zone – except for Naomi in New York.”

Gauff won the opening set against Ostapenko and was brought down to earth in the second as the more experienced competitor prevailed with three breaks of the teenager’s serve.

But Gauff went straight back to work in the third set, racing to 5-0. Ostapenko was forced to save a pair of match points in the sixth game, holding for 1-5.

She broke Gauff for 2-5 before the lucky loser finished off the final on a third match point, decided in her favour by the Hawk-Eye electronic linecalling system.

“This has been a tough week for me, but I’m so glad to have made it to the final, even if the result was not what I wanted,” Ostapenko said.