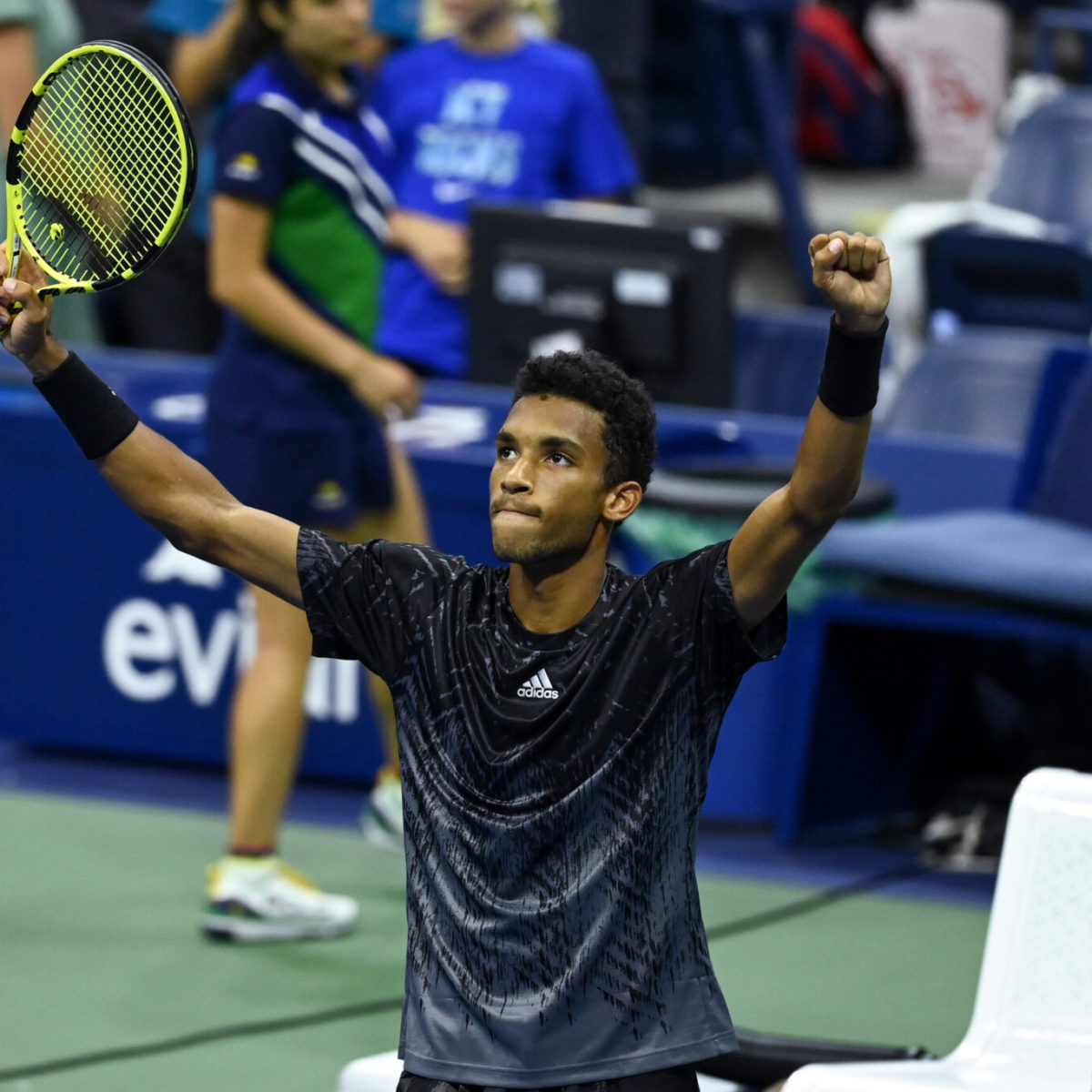 Canadian Felix Auger-Aliassime had to battle to break Frances Tiafoe on Sunday at the US Open, reaching the quarter-finals with a hard-earned 4-6 6-2 7-6(6) 6-4 win.

But it was Tiafoe who started the better, shutting down Auger-Aliassime to take the first set.

Auger-Aliassime, two years younger than Tiafoe at 21, didn’t take long to level it up, taking the second, winning all but one of his first-serve points.

In a game of cat and mouse between these two young guns, the Canadian hit four aces in the third set as Tiafoe, with the backing of a partisan New York crowd, fought back.

Tiafoe went 3-1 up in a tiebreak before Auger-Aliassime battled back to take the final three points and the set.

Tiafoe said after the match there was little to choose between them.

Auger-Aliassime didn’t have its all his own way in the fourth; he fought off three break points to hold serve, and then won the match with a a superb forehand shot.

“I played a great second set and then the third set was almost a coin toss.”

As for Auger-Aliassime, his next opponent is 18-year-old Carlos Alcaraz, the youngest male player to reach the quarter-finals at Flushing Meadows in the Open era.

“He’s a great player. At some point, age is just a number and he already feels like a player that’s established,” Auger-Aliassime said.