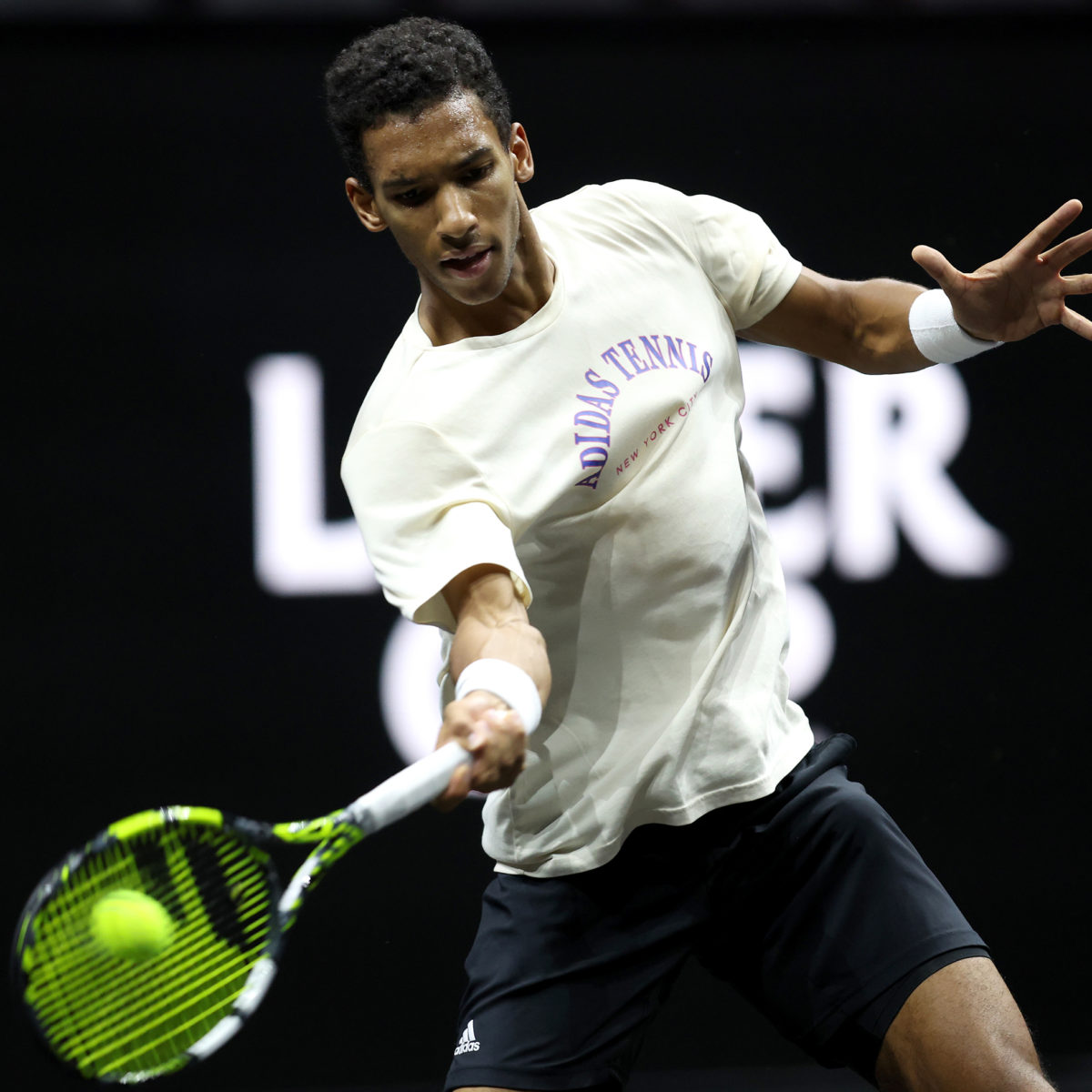 Felix Auger-Aliassime sent Team World into a 10-8 lead over Europe on Sunday’s final day of the Laver Cup, with the Canadian stunning Novak Djokovic 6-3, 7-6(3).

The victory featuring 13 aces from the Canadian puts World into winning position if  Frances Tiafoe can defeat Stefanos Tsitsipas in the ensuing singles rubber at the O2 in London.

Djokovic, who won back-to-matches on Saturday as he played for the first time since Wimbledon, looked to be favouring his right wrist during the 95-minutes affair.

FAA came back on court for singles after combining earlier in the day with Jack Sock to score a 2-6, 6-3, 10-8 comeback win in doubles over Matteo Berrettini and Andy Murray.

“Today has been fantastic so far,” FAA said. “This has been one of my best career performances.

“I’ve been close a few times against these great champions – it felt great to finally get a win.”

The Canadian added: “The doubles helped me a lot to get a good rhythm on serve and return.

“Getting that win got me very confident going into the singles.”

“It is difficult to get more momentum than we have now; it;s a big day against big opponents.” he said of his side’s overall victory chances should they win the next rubber.