Exclusive: From Pink Floyd to a Grand Slam final – the real Iga Swiatek 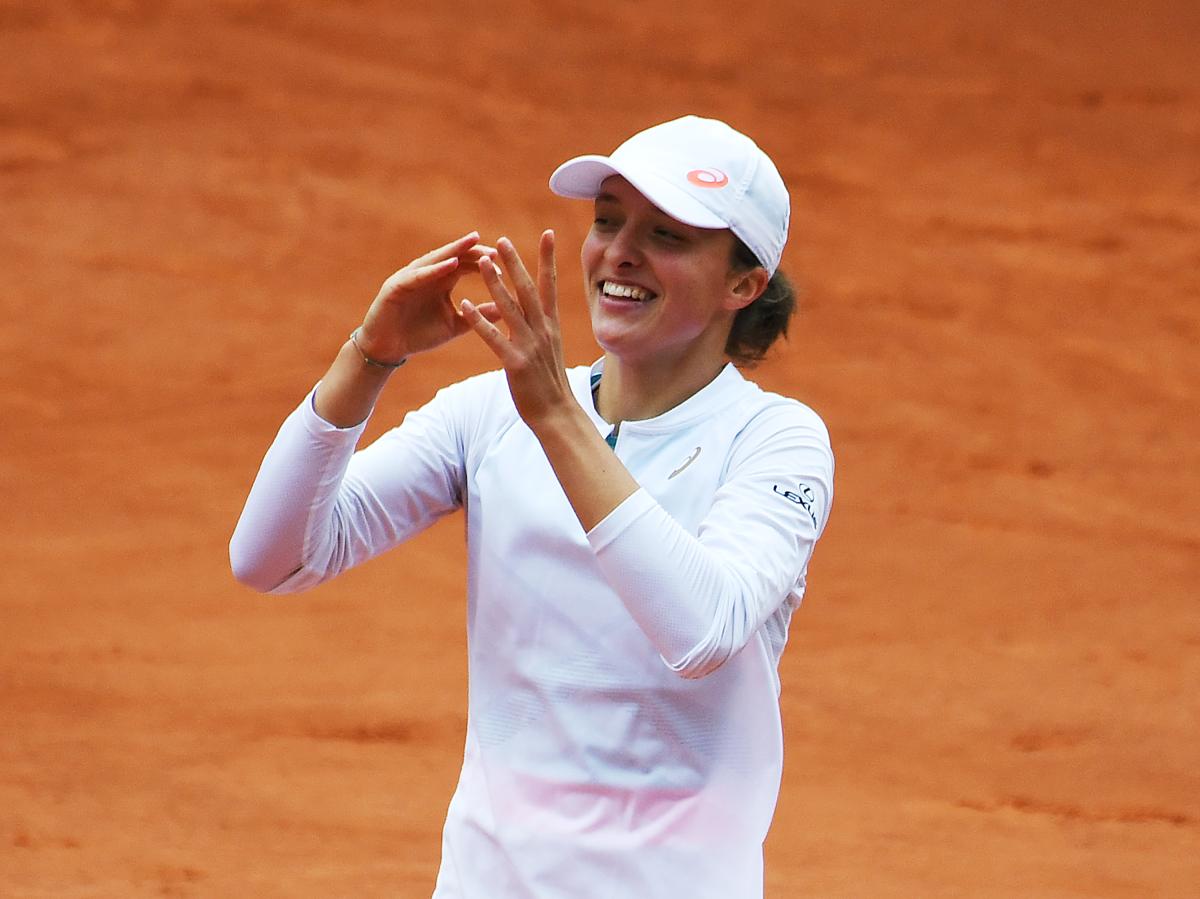 It was a dark, warm night Down Under.

It was so chaotic, because Poles didn’t know if their match would be postponed.

If the Nadal-Thiem quarter-final finished in five sets, Iga and Lukasz wouldn’t play that night.

But an Austrian specialist made a sensational victory and conquered Nadal, so a one-handed backhand advanced into the semis of the Australian Open meaning Iga and Lukasz had to play on the most prestigious tennis court in Melbourne.

“She’s such a talented girl. I knew playing mixed doubles with her would be a fantastic journey. Playing Olympics with Iga would be awesome. I’ll not be surprised if Iga will one day become a Top 10 player.

“She’s got great skills, both technically and tactically.”

She is extremely talented and there will be a waterfall of media requests to interview her no matter how she performs in Paris.

“When I was younger, I had troubles controlling my emotions on court. I often got frustrated, so I knew l had to find a great sports psychology pundit,” Swiatek conceded.

“ I was lucky I found Daria Abramowicz. She helped me a lot. We talked a lot before the Simona Halep match.

“She was thinking like: Iga, you need to attack from the first ball, stay aggressive.

“I think I surprised such a great athlete like Halep by my playing style.

“I’m different now, more matured mentally than I was when I played juniors.”

Swiatek plays extremely well in Paris, not only in singles, but also in doubles with Nicole Melichar (they’re in the semis).

The last woman to be so successful at a French Open both in singles and doubles was a Czech, Lucie Safarova in 2015.

She was runner-up against Serena Williams in the singles and has won in doubles with Bethanie Mattek-Sands.

“She has a very powerful forehand, a great touch and a wonderful volley at the net. Plus a marvellous footwork.”

Swiatek is without doubt a very gifted player. She has also received a nice gift from Daria Abramowicz: a ukulele – to control her emotions.
Music is a crucial part of her hobbies.

“When I was a very young girl, I used to travel a lot with coaches,” she said.

“I think years ago music had more variety and quality, both in sound and lyrics. That’s why I love rock.”

But the young Pole has a fear of a water, so swimming wasn’t a best option despite her father Tomasz Swiatek being a rower for Poland at the 1988 Olympics in Seoul.

He wanted his daughter to participate in water sports. But Iga opted for tennis.

“I tried tennis with my older daughter Agata, but she wasn’t so focused on playing tennis. The mistakes I’ve done while practising with Agata, I hope to avoid them when conducting Iga” – Dad Tomasz joked.

Then there are cats. She’s very quick and smart on a tennis court. No wonder she likes cats.

There’s only one cat waiting at home: nicknamed Grappa, but in the future she plans to have more.

The 2020 Roland Garros event is only the seventh Grand Slam main draw appearance for Iga Swiatek.

Lucky seven? She hasn’t dropped a set so far.

You need to go back to the glory days of Justine Henin and her fantastic one-handed backhand to see a Roland Garros champion without losing a set.

Swiatek has spent only seven hours on court on her way to a singles final. Her opponent, Sofia Kenin has spent 10 hours 34 minutes.

You can’t ignore the fact she has never played a Grand Slam final, whereas Kenin was invincible in this year’s Aussie Open final, beating Garbine Muguruza in three sets.

Despite the success of Swiatek – and Stan the Man – tennis is not a big sport in Poland.

Jadwiga Jedrzejowska was the first ever Polish woman to compete in a Roland Garros singles final in 1939, losing to a French player, Simonne Mathieu in straight sets: 3-6, 6-8.

Now she has the chance to go one better.

Away from tennis she read a lot; Cathedral of the Sea – a book by a Spanish writer Ildefonso Falcones de Sierra, is the latest.

An eclectic mix with Guns and Roses.

And Mad Men, an American retro television series created about the advertising industry.

“I was eager to learn more about an early era of advertising and how to sell goods, how to make adverts. It’s obvious now, but someone had to invent it, that’s why I find it exciting” – Iga said.

And tennis? She has plenty of respect for a multiple Grand Slam champion Roger Federer, but Iga is a big Rafa fan.

Competing during this year’s Australian Open, she explained: “I like Rafael’s enthusiasm, his work ethic, he plays a lot of topspin, which is also my favourite rotation.

“He runs a lot, he’a a fantastic fighter, I admire him a lot. His energy on court is second to none. Rafa is a great athlete. And he’s got… fantastic biceps!”