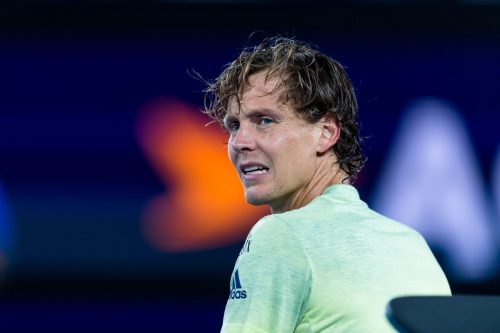 Former Wimbledon finalist Tomas Berdych has called for the Davis Cup to be held every two years to massively increase the excitement factor.

The Czech who retired without regrets at age 34, outlined his thoughts to the Mail Online, saying that “scarcity” would likely turn the international team competition into more of an anticipated event.

“If the Davis Cup happened every two years, everyone would be crazy about it.

“The winners really would be like the world champions because it’s more unique. You can find the dates in the year for the final to be in September (currently December).

“I think more players would sign up. Then it really would be very special.”

Berdych led the Czech Republic to back-to-back trophy double in 2012 (against Spain in Prague) and 2013 (Serbia in Belgrade).

The Czech added that he timed his November, 2019 retirement ideally and remains more than satisfied with his career.

“I think I nailed it at the perfect spot. If you keep pushing over a certain period, especially at the end, it could change your view of your whole career.

‘I’ve never had a doubt for a moment. I woke up that morning and thought: that’s it.

“For a long period of time you don’t enjoy tennis as you should. I decided that at 34 it was time to retire. “