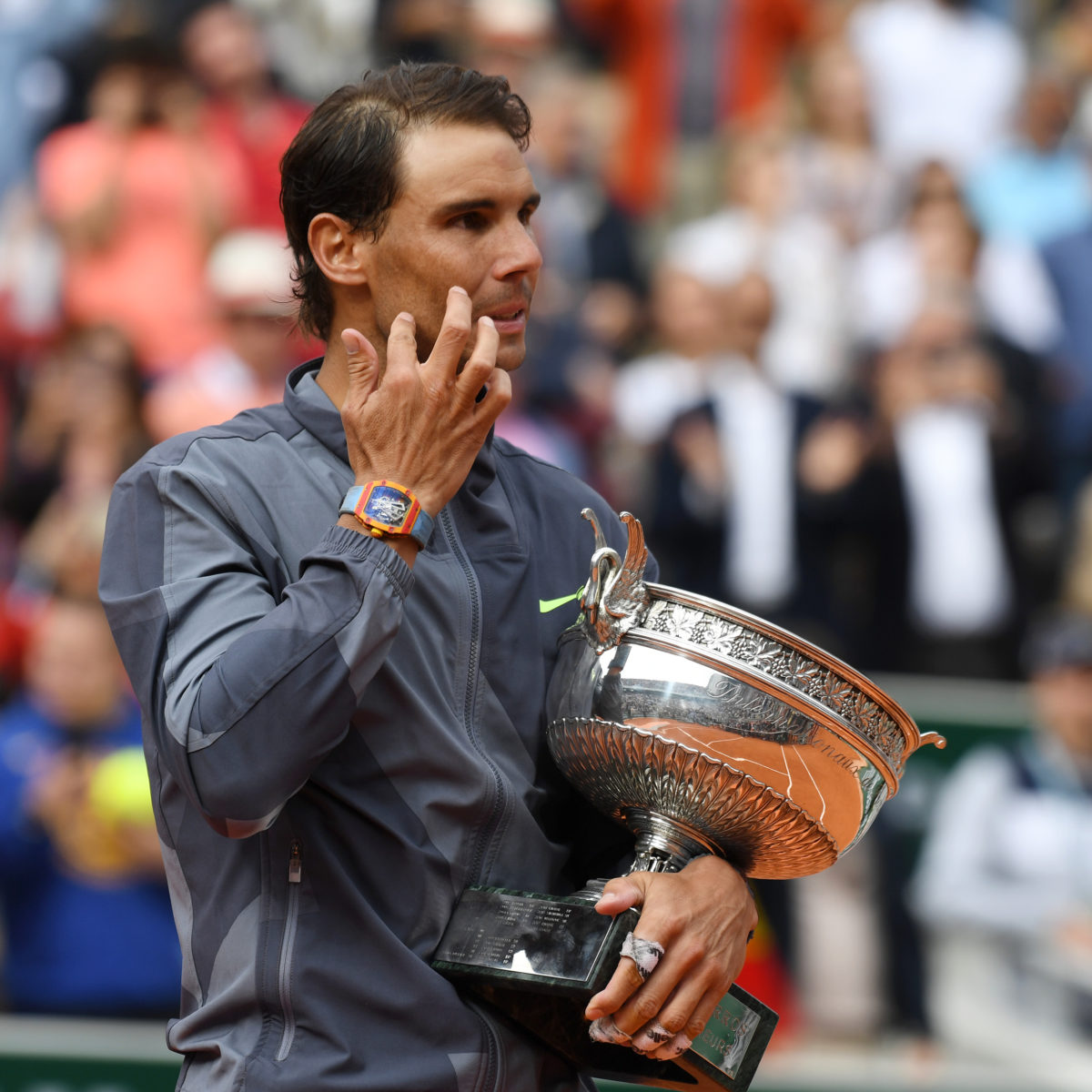 Attempts to cram in Madrid and Rome Masters events prior to a late September start of the virus-delayed French Open are causing 12-time champion Rafael Nadal to have some doubts.

The Spaniard who has been locked down on his home island of Mallorca since March when the COVID-19 emergency shut down tennis, has expressed his misgivings on trying to cram an abbreviated calendar this autumn to make up for lost time on the ATP.

Nadal told a Zoom chat this week that he has yet to make up his mind on how the 2020 schedule should play out – assuming tennis is back in, perhaps August. Adding to the confusion, it is also quite possible that the US Open will  not be staged this year due to the pandemic which has struck hard in New York.

With Roland Garros hoping to start the clay fortnight on September 27, Rome and Madrid officials are jockeying to try and insert their events into the weeks leading into Paris.

There is no certainty in any quarter – including the French Open itself – with the government left with the last word as to whether the major can be held without fans.

Rome bosses have suggested – assuming somehow the US Open goes ahead from August 31 – that their event overlaps by a day or two with rival Madrid, with Paris then starting it s first round during the previous event’s final – all that squeezed into a couple of September weeks.

The incredible logistics and sheer unpredictability of any and all plans leave ATP No. 2 Nadal perplexed.

“I don’t imagine (there are) going to be two tournaments the same week,” the 34-year-old aditted.

“I don’t imagine going to be one tournament after another in just two days of difference. “I can’t  predict, honestly I’m just trying to follow up the information, trying to stay calm.

When Roland Garros unilaterally moved its dates from May-June – the final should have been this weekend – the tennis calendar was thrown into chaos, with ATP and WTA officials due to announce some kind of patchwork solution this month.

Nadal, an honoured guest on the Paris clay, said he was barely given advance warning of the unprecedented calendar switch.

“I just received a notification that they wanted to move like 10 minutes before they make the announcement. I was not aware of all this situation,” he said.

“I just tried to talk with them, to encourage them to speak with the ATP, with the players, to work together to try to make that happen.

“The situation is tough. It’s difficult if everybody make decisions just by themselves to fix the calendar. Today the situation is how it is. I am happy and honestly I admire the French Federation, they are positive and want to move forward to make the tournament.”

He added: “We have a worldwide sport. People traveling from every single place, no? We need to make sure the situation is safe enough and fair enough for everyone (before play resumes).”

Nadal mentioned several weeks ago that he felt it unlikely that the sport would resumes in 2020. But he now adds that anything can happen.,

“My mind (then) was not able to think about tennis, I was just thinking about the health on the people, the worldwide pandemic that we are suffering.

“If we are not able to organize a tournament safe enough and fair enough – every player from every single part of the world needs to have the chance to play the tournament – we can’t play tennis. That’s my feeling.

“(We need) to find a medicine that help us to be sure that we can travel and we can compete, we can play tennis without being scared about having the virus and bring back the virus home.

“My feeling is we need to wait little bit more. When you mix people from every single part of the world, the complications are completely different. I am a little bit worried about that.

“I don’t know if we will be playing tennis again this year or not; it’s not something that is worrying me much honestly.