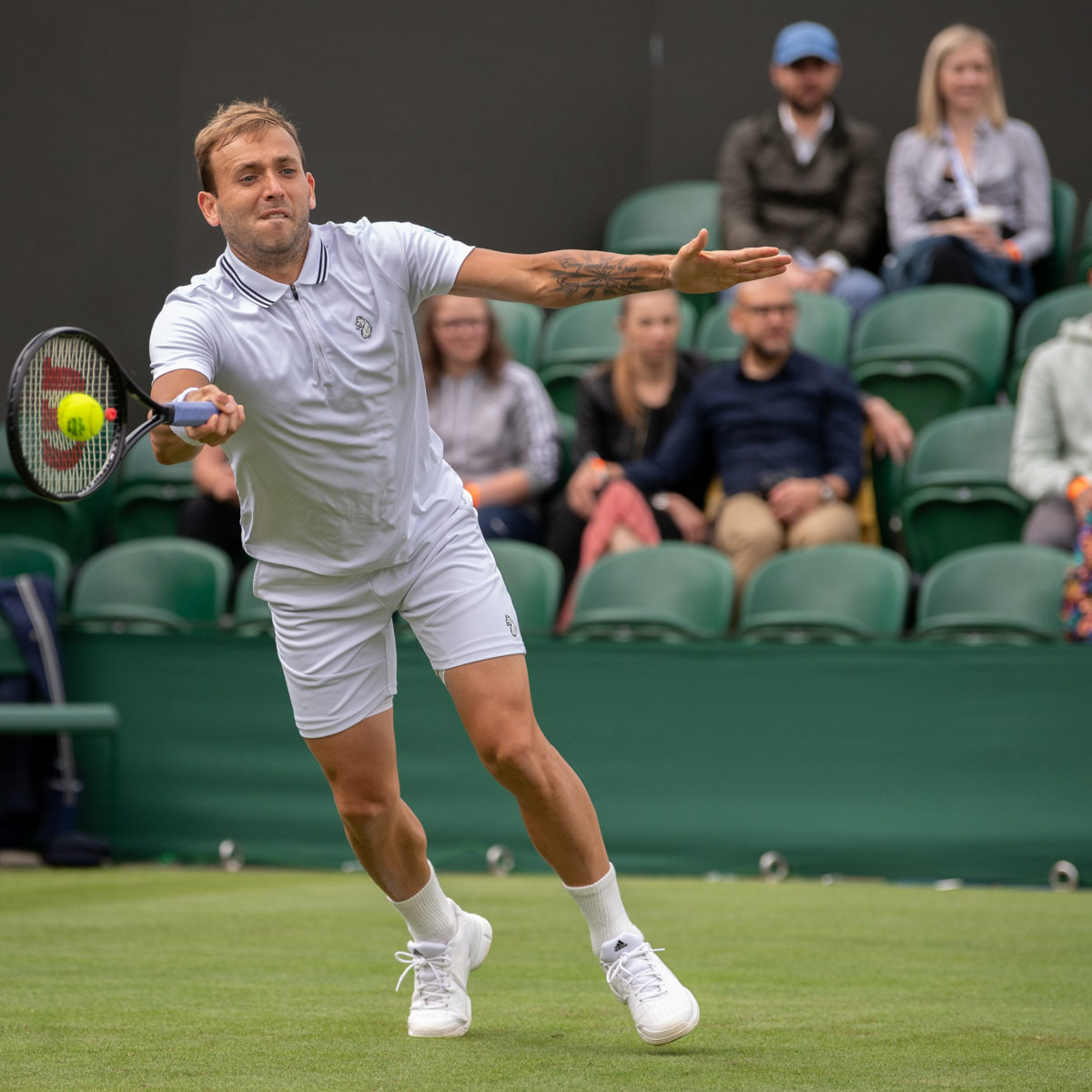 British No. 1 Dan Evans followed the example set by Andy Murray a day earlier at Wimbledon, with the British no. 1 posting a win into the second round on Tuesday.

Evans moved on as his 39-year-old opponent sent a backhand volley at the net long on first match point to exit his 77th career Grand Slam.

Evans is hoping to break new ground at the All England Club, where he has never been past the third round. He won a pre-Australian Open tune-up event in Melbourne in February, his first-ever ATP title.

“It’s amazing to be back playing at Wimbledon,” Evans said. “I’m delighted to win.

“This was a difficult match on grass, but I played some good tennis. I’m happy with how I came through,” he said after notching 28 winners – 10 short of the Lopez total.

“I loosened up after the first set and got rolling, I was patient at the end and scraped through the last game.

Lopez was playing a Brit here for the sixth time, though it was his first against a local in a decade.