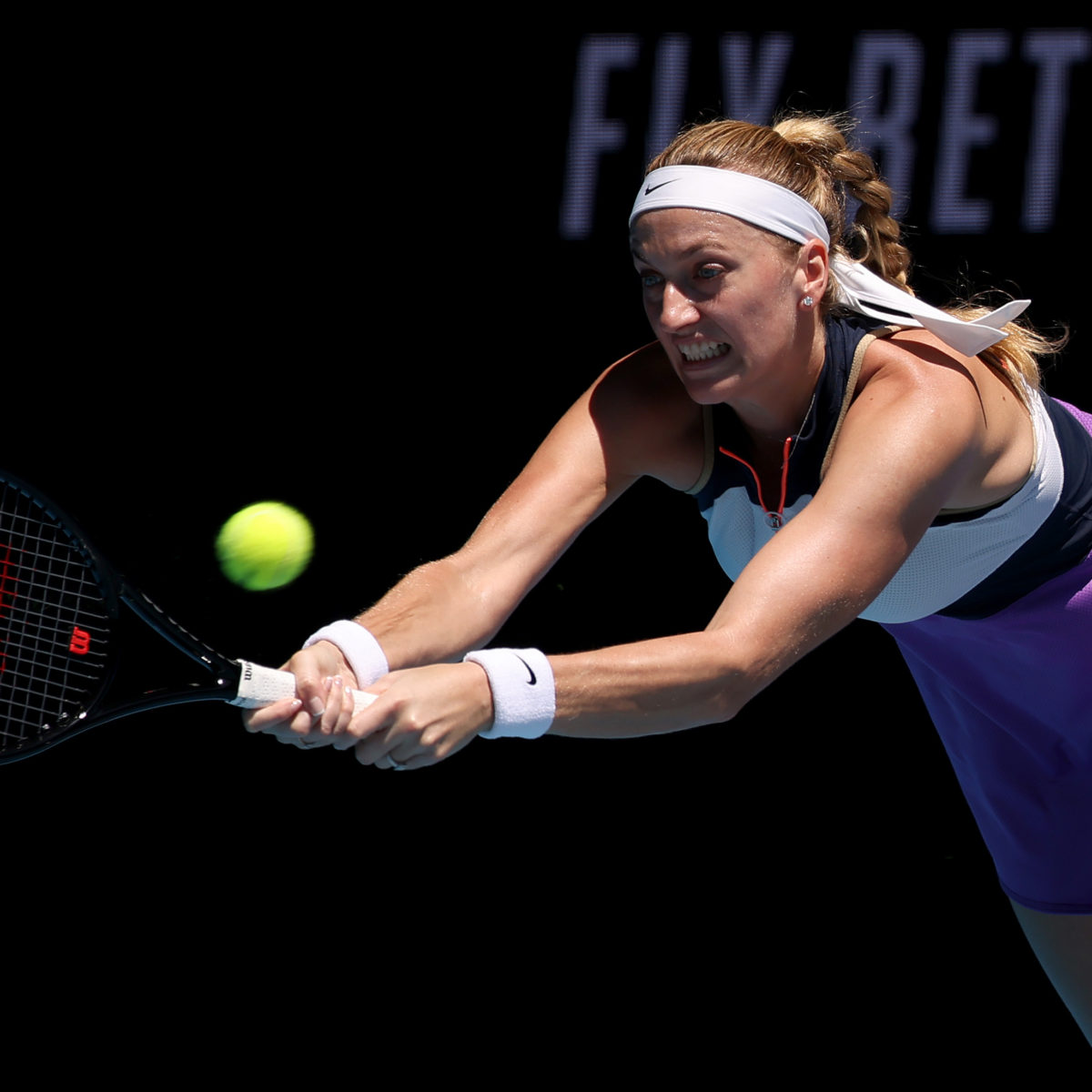 Kvitova looked troubled for most of the match and ended up making 18 unforced errors in the first set.

With only a 50 per cent first serve percentage, Kvitova needed a change for the second set.

She changed her kit, found some rhythm and eventually broke down Cirstea to level the tie.

But it was Cirstea who emerged triumphant, breaking Kvitova’s serve as she won the deciding set comfortably.

“I’ve had a lot of matches against Petra and she’s an amazing player,” Cirstea said.

“She hits the ball so hard and it took me a while to adjust to the game but once I was in there I felt that I could beat her and I felt quite confident. I’m really happy and very happy with this win.

“In the second set she stepped up a bit and I backed off and I think today was a matter of who took control of the point. In the second I played too defensive but once that was over I tried to get back closer to the line and to try to dictate the point and it worked.

“The main thing right now is recovery. I was one of the few in hard quarantine so right now playing two hours in 30 degrees heat takes a bit more out of me than normal but it’s impressive to come out of quarantine for 15 days without hitting a ball and be able to compete the way I did today. I did not expect it.”

The Romanian will play another Czech – Marketa Vondrousova – in the third round.