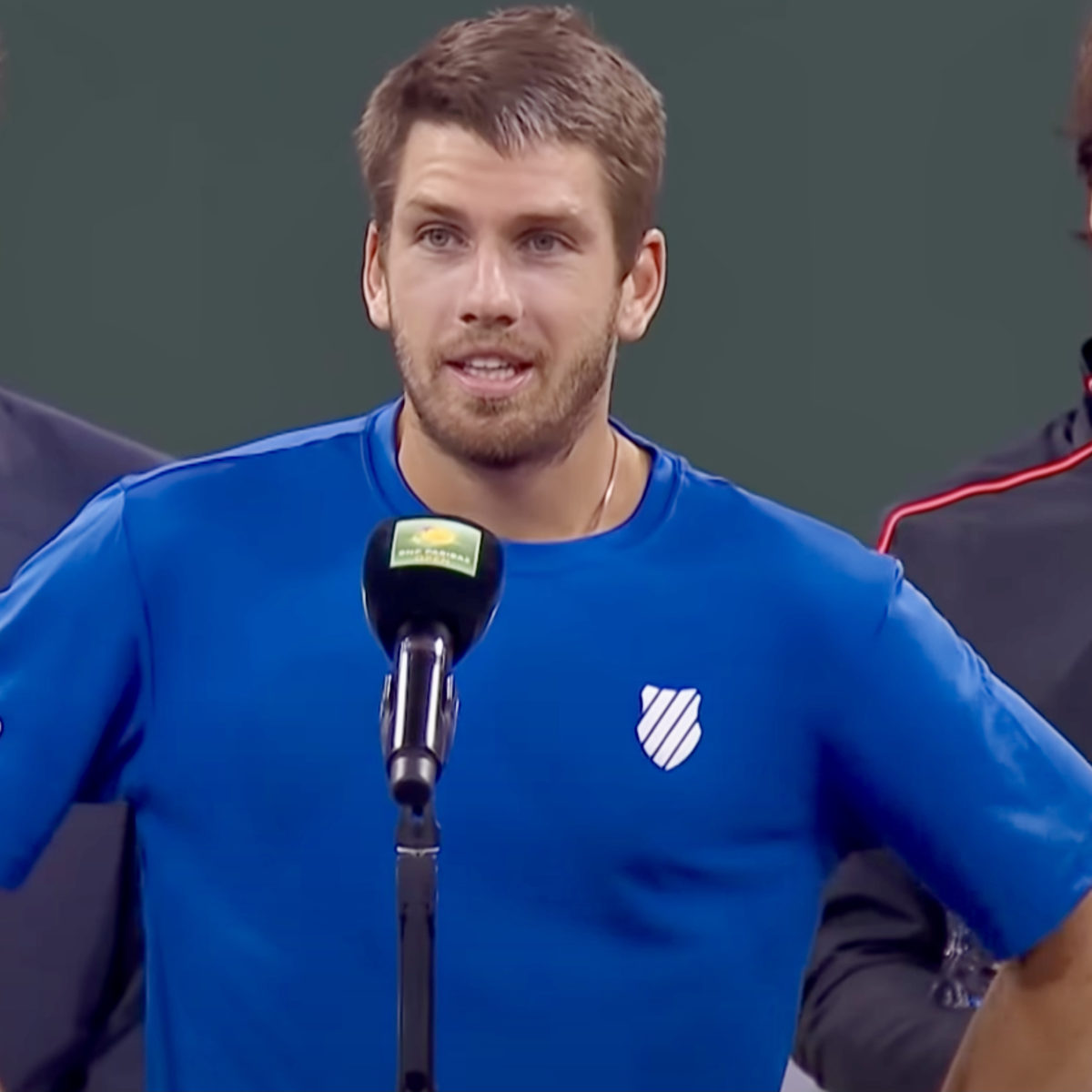 Cameron Norrie’s emotion overflowed and he described his Indian Wells victory on Sunday night, saying he was finding it hard to take in.

“If you would have told me I would have won before the tournament started, I wouldn’t have believed you. It’s amazing. I’m still taking in all the emotions.

“It means so much, I can’t even describe it.”

Norrie, will leapfrog Daniel Evans as the British No. 1 when the ATP rankings are published today, jumping into the top 20 at No. 16.

And the win came after surviving a Basilashvili onslaught in the opening set.

The Georgian was 3-1 down before winning five straight games to take the first set and was looking on track for victory.

But Norrie held firm and broke Basilashvili in the tenth game to level the match.

The decider was one-way traffic, with the Brit in control early as gusts of of wind circled the arena, to jump to a 3-0 lead and set out his stall to take the match.

“It was quite windy,” Norrie said. “He hit so many winners. It was tough for me to get some confidence on my rally balls.

“The rallies were really short. He was just blasting winners. When I made a couple of big shots in that 5-4 game in the second set, it gave me a lot of confidence.

“I was able to find my feet and start moving again. I made the rallies physical, like I’ve been doing all tournament. That worked in my favour.”