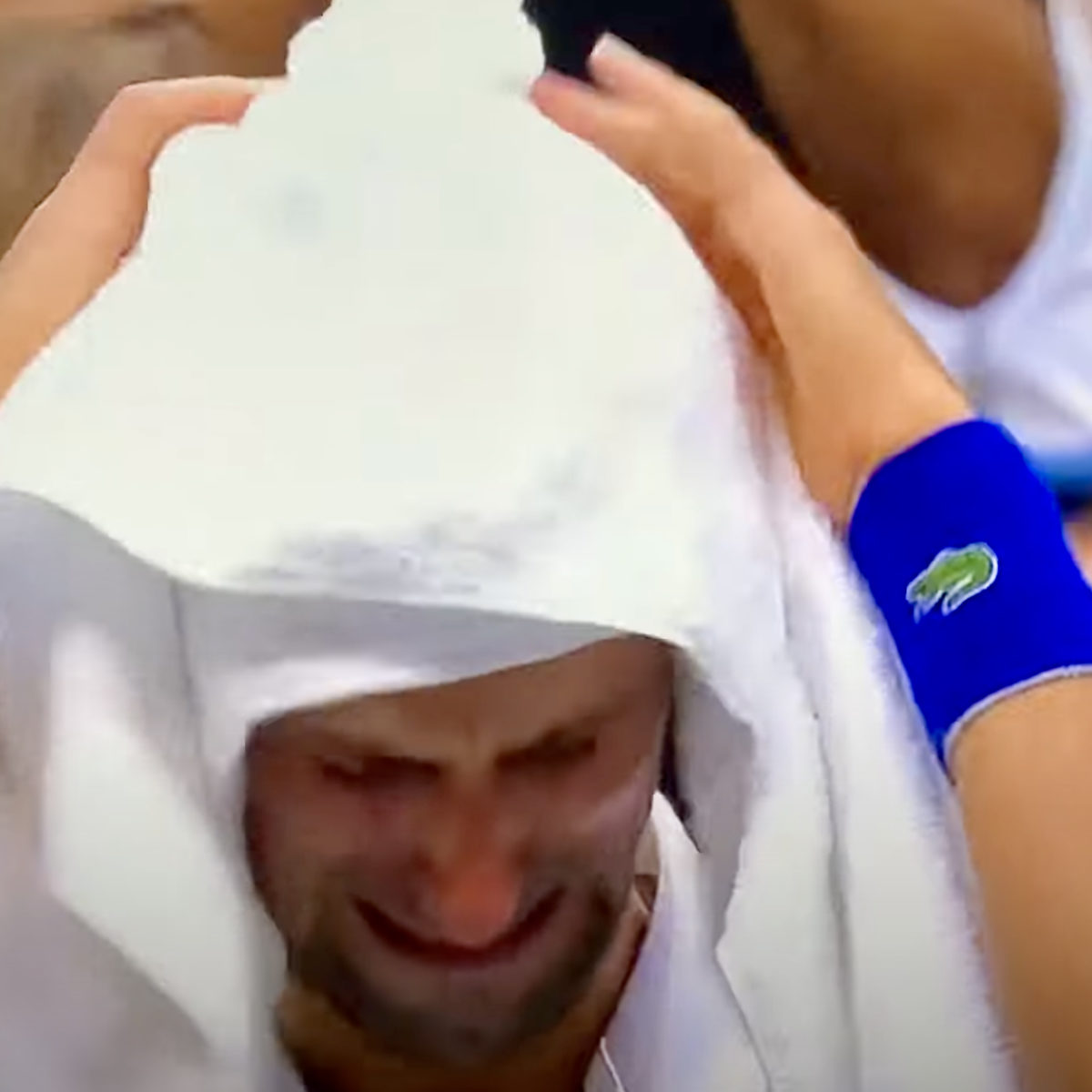 Novak Djokovic’s bid for history as the first man to complete the Grand Slam in 52 years ended in tears – literally – as the world No. 1 succumbed to Russian Daniil Medvedev 6-4, 6-4, 6-4.

“Of course, part of me is very sad. It’s a tough one to swallow, this loss, I mean, considering everything that was on the line,” Djokovic said.

“It’s sport. You win some, you lose some. It’s a tough loss, very tough loss. But at the same time I’m happy for him because he’s a nice guy and he deserves it. He really does.”

Djokovic fought back the tears at the end of the match as the dream of that historical ‘golden’ Slam disappeared.

“n tennis we learn very quickly how to turn the next page,” he said.

“Very soon there are some more challenges, more things that are coming up. I have learned to overcome these kind of tough losses in the finals of Slams, the ones that hurt the most.

“I still love this sport and I still feel good on the court. As long as there is motivation and that flare, I’ll keep riding.”

As for his opponent, Djokovic was full of praise.

“Full credit [to] his mentality, his approach, his game, everything. He absolutely was the better player and deserved to win, no doubt about it,” Djokovic said.

“Of course I’m disappointed with the overall game that I performed today. I know I could have and should have done better.”