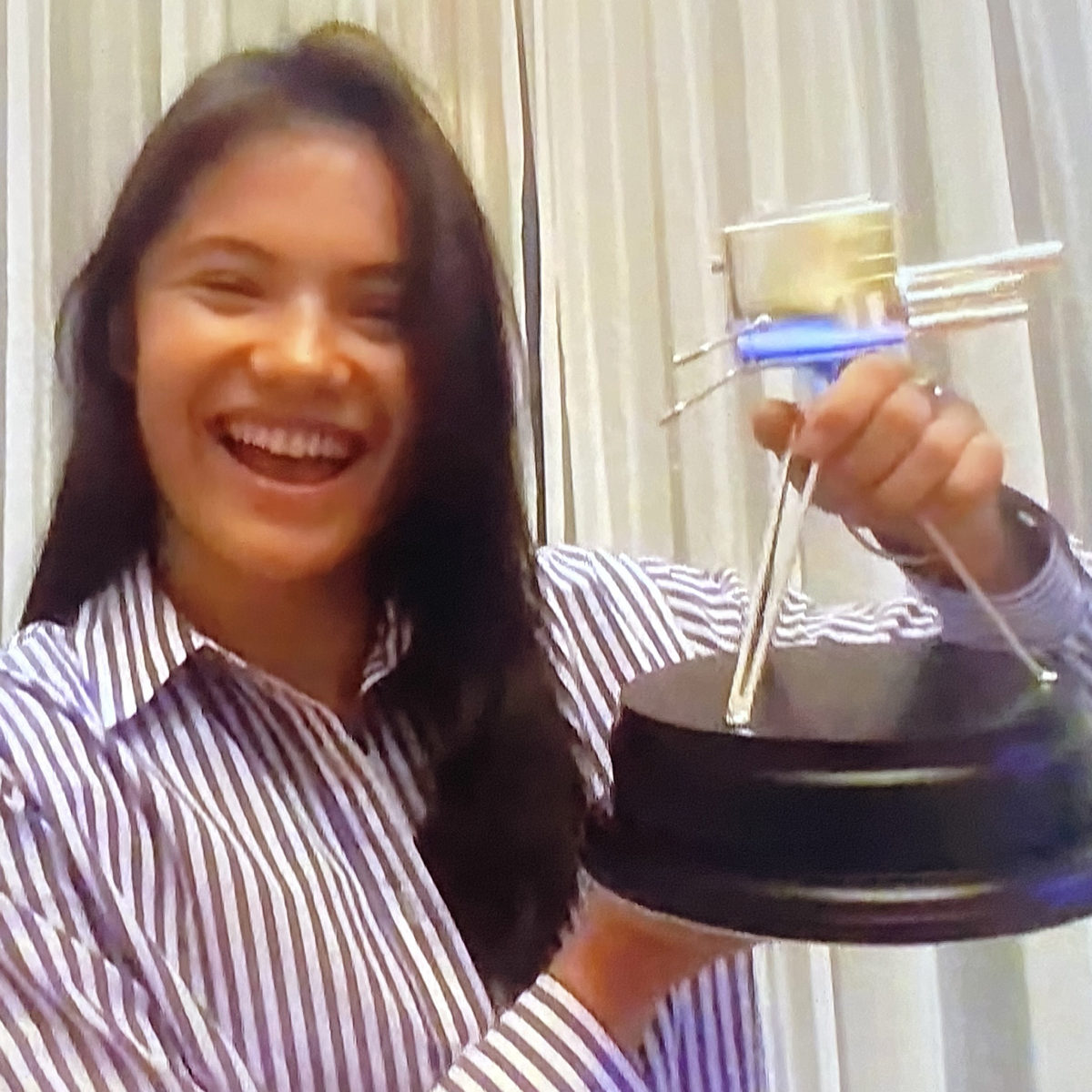 Her remarkable win followed a run to the Wimbledon fourth round in July on her Grand Slam main draw debut.

Raducanu is still in isolation in a hotel room in Abu Dhabi having tested positive for COVID on arrival for the Mubadala classic.

Once she receives the all clear she will head to Australia to start her 2022 campaign, her first season on the WTA tour.

“It’s such an honour just to be among these nominees. Congrats to you and all your achievements,” Raducanu said.

“I’m really happy with this, I’ve watched Sports Personality of the Year growing up and it’s an honour to be among those past winners.

“I’m happy for British tennis as well, and that we’ve managed to get this award…again!

“Thanks to all the fans and voters, this year has been insane. The energy this year playing at Wimbledon in front of my home crowd, that was something I’ve never felt before.”

The British number one becomes the first female tennis player to be crowned Sports Personality of the Year since Virginia Wade in 1977 – the last British woman to win a Grand Slam singles title.

The last tennis player to win the award was Andy Murray with his third coming in 2016.

Raducanu is the first female to win the award since Zara Phillips in 2006.