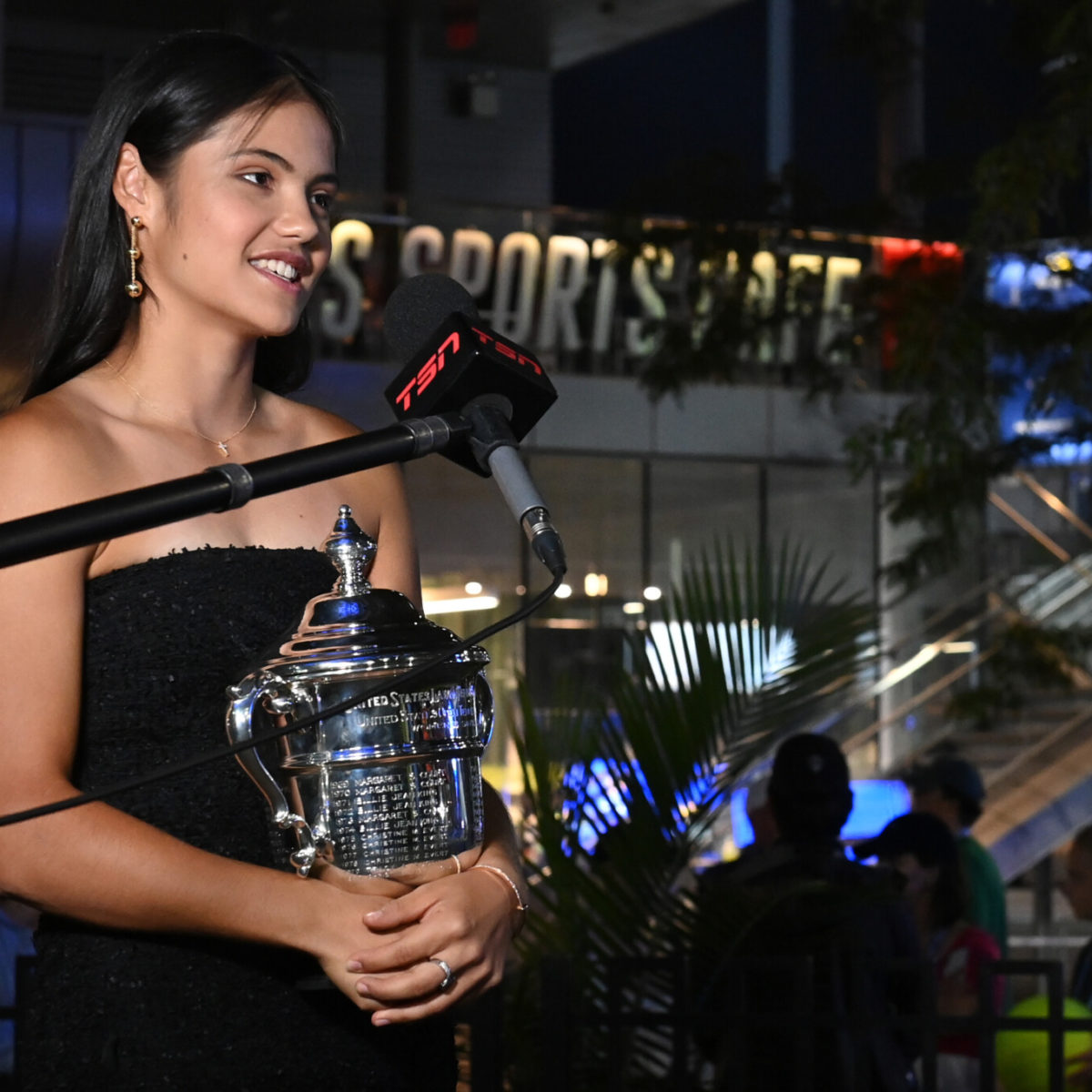 Emma Raducanu’s hometown of Bromley, south east of London stayed up through the night to cheer their local hero to victory in New York.

Fans packed the Parklangley Tennis Club in nearby Beckenham, where she first took to tennis racket at the age of six with several former coaches and mentors wishing her well.

Harry Bushnell, her coach from the age of six to 10, told the London Sun newspaper it was her sparkling personality that saw her become a local favourite.

“I think it’s a testament to her because she’s such a pleasant person, on and off the court,” he said.

“I think that’s why so many people are getting behind her and certainly here at the club. Parklangley club will always be behind her every step of the way.”

Suzanne Williams, Raducanu’s former strength and conditioning coach, said it was incredible just to see her develop “and become this player that I knew her when she was so young”.

Raducanu thanked everyone who has been supporting her in Mew York – and back home.

The London Borough of Bromley even put out a statement on its website.

“This is such a remarkable achievement,” mayor Russell Mellor said.

“We will be looking at a fitting welcome back to Bromley for Emma upon her return to the country.”